Are You Living in a Prison of Perfection? 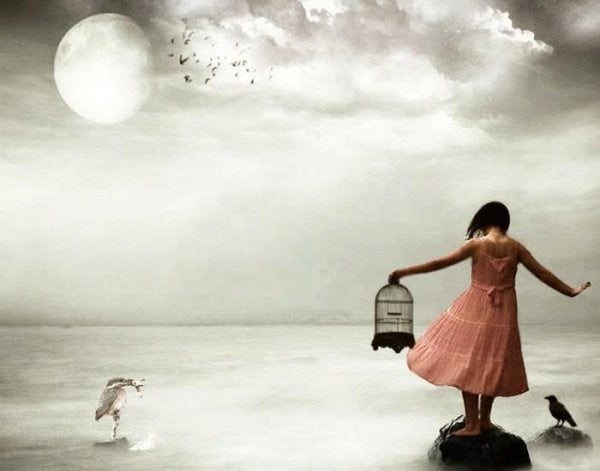 Some people live in a prison of perfection, trapping themselves in a self-imposed cell and throwing away the key, fascinated by planning an ideal world. Not only do they trap themselves there, but they punish themselves for not being able to finish anything they start.

Even so, they can’t stop thinking and rethinking their plans from beginning to end, but they can never complete them, because no plan can achieve perfection. They isolate themselves in the cell that they’ve built in their minds, and they suffer because they’re incapable of changing their reward system. They know how to achieve, but they don’t know how to celebrate.

In addition, their rigidity and inflexibility also manifests in their relationships, from family members to partners. They prefer to distance themselves and live in solitude, avoiding intimacy with others, who must give in to them or change their behavior. For this reason, they appear cold and indifferent to others.

When nothing is good enough

Their self-perception, their identity, derives from their work, but in their work, they’re also rigid and strive for perfection, without tolerating mistakes. And these demands are imposed not only on their own performance, but also on that of their coworkers, which causes many problems at work.

They are those coworkers who direct everything and think that only their opinion is correct and valid, regardless of the matter in question. But the worst part is that they’re incapable of turning in any project on time, because they sacrifice punctuality to make every detail, even the tiniest ones, exactly the way they want them to be.

They also tend to make the mistake of doing things the same way, over and over again. They persist in their ideas, even though what they’re doing isn’t achieving any good results. They run around like a chicken with its head cut off, but they never achieve their goals.

It’s very difficult to change their way of thinking or acting, because they display “a permanent and inflexible pattern of internal experience and behavior that deviates considerably from the subject’s cultural expectations.”

For all that, unfortunately nothing is enough for these people, no matter what they do. Perfection is their ruler, their prison, and in serious cases they need professional help to adapt better to their environment.

Obsessions are intrusive and recurring thoughts that cause a lot of distress. Compulsions, on the other hand, are behaviors or mental actions that the person does to avoid the distress that their obsessions have caused. For example, the person repeatedly thinks “if I don’t turn the light on three times before entering the room, something bad will happen to my family” (obsession), so to avoid that, they flick the light switch three times (compulsion).

On the other hand, people with obsessive compulsive personality disorder don’t show obsessive symptoms or compulsive behaviors, whether they’re actual or mental. Rather, as we said before, this disorder is characterized by perfectionism and mental rigidity, characteristics that it shares with OCD, but to a lesser degree. In OCD, the obsessions and compulsions are more restrictive.

If, after reading this article, you’ve realized that you’re living in a prison of perfection, don’t hesitate to seek professional help so that you can be free and see that living in an imperfect world is not only possible, but also a healthy alternative to the rigidity in your life.

Life Doesn’t Have to Be Perfect to Be Wonderful

Remembering pleasant times can help you feel better. Positive memories can be really powerful for your mental well-being. Aside from…