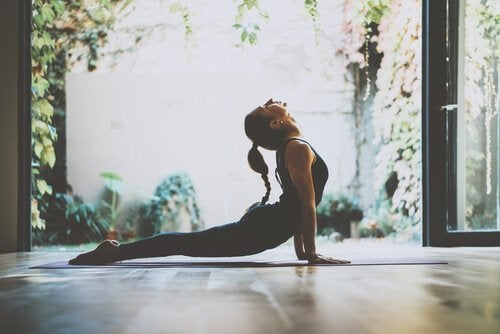 The vagus nerve is the longest and most complex nerve in the entire body. It connects the brain to many important organs including the intestines, stomach, heart, and lungs.

The vagus nerve is also a key part of the parasympathetic nervous system and influences breathing, digestion, and heart rate. It also has an influence on mental health. Therefore, optimizing the functioning of the vagus nerve can improve our health and strengthen our defenses against stress.

An increase in the vagal tone activates the parasympathetic nervous system. Having a high vagal tone means that the body can relax in a shorter amount of time after being under stress.

In fact, in the year 2010, researchers discovered a positive feedback loop between a superior vagal tone, positive emotions, and good physical health. In other words, the more you increase your vagal tone, the more your physical and mental health will improve, and vice-versa.

The role of the vagus nerve in the relaxation response

The vagus nerve has many different functions. Some of the most important ones are related to its role as the main component of the autonomic nervous system. This system controls involuntary bodily functions such as heart rate, digestion, and breathing.

On the other hand, the parasympathetic nervous system prepares the body for rest and relaxation. This relaxed state should be our default state. However, this isn’t the case for most people who suffer from anxiety and high stress levels.

In addition to initiating the relaxation response, the vagus nerve also influences the reduction of inflammation, memory storage, and homeostasis. It also activates the production of many important neurotransmitters such as GABA, norepinephrine, and acetylcholine.

When the vagus nerve isn’t functioning as it should, it keeps a low vagal tone. More often than not, people who get stressed really easily and have trouble calming down after experiencing stress have a low vagal tone.

Since one of the many functions of the vagus nerve is to act as a switch for inflammation, having a low vagal tone might lead to chronic inflammation, an important factor in many diseases such as ADHD, anxiety, depression, Alzheimer’s, heart disease, cancer, and diabetes. Additionally, a low vagal tone has been linked to a long list of physical and mental health conditions.

The vagal tone affects many important systems. Here are some of the symptoms and disorders related to a low vagal tone:

A healthier vagus nerve is more receptive. Having a healthy vagus nerve will help you recover from stress more quickly.

Here are some exercises and mind-body therapies that can help stimulate the vagus nerve:

Other ways of stimulating the vagus nerve

Maintaining healthy relationships is another key to keeping the vagus nerve healthy. In fact, some say that people with a high vagal tone are more altruistic and have overall better relationships.

This is partly due to the fact that vagal stimulation causes the release of oxytocin. This is a hormone that’s commonly called a “connecting molecule” since it promotes union. Oxytocin is linked to human traits such as loyalty, empathy, trust, and courage.

Many studies state that there’s a positive feedback loop between uplifting social connections, positive emotions, and physical health set in motion by the vagal tone.

Therefore, one way of stimulating this nerve is to meet with friends you can laugh and have a good time with. Laughter strengthens relationships and increases the variability of heart rate. This is a reliable indicator that the vagus nerve is healthy.

Lastly, it’s worth mentioning that certain supplements can also help stimulate the vagus nerve. The reason for this is that they can actually improve its functioning. Some of them are ginger root, probiotics (specifically Lactobacillus rhamnosus), essential fatty acids with Omega-3 like DHA, and zinc.

Neuroscience: A Way to Understand How the Mind Acts
The goal of neuroscience has traditionally been to understand how the nervous system functions. Both functionally and structurally, this discipline wants to know how the brain is organized. Read more »
Link copied!
Interesting Articles
Psychology
Books and the Brain

The spinal cord is part of the Central Nervous System (CNS) along with the encephalon. Its extension goes from the…

Psychology
How Relationships With Toxic People Affect You

Unfortunately, toxic people are a very normal phenomenon in the society we live in. An absolutely unnecessary evil, but one…