Finding common ground to solve concrete problems is never easy. In fact, it gets more complicated when one party's ideology or personal interests leads them to deny the existence of said problem. This is called solution aversion. 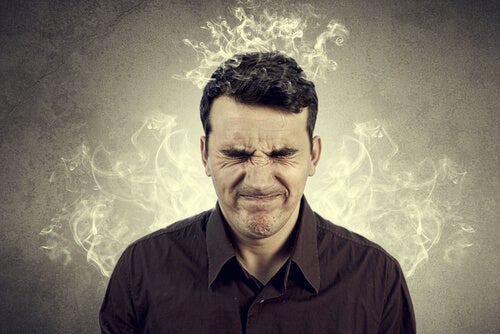 “Climate change doesn’t exist. A group of people invented it to serve their own interests.” “People are poor because they don’t want to work.” “I don’t have any health conditions, so I can eat whatever I want and I don’t need to exercise.” These are examples of what experts call “solution aversion”.

You’ve probably met someone who makes extreme arguments similar to the examples we mentioned above. Listening to them can be disconcerting and frustrating. How is it possible for someone to deny such clear evidence? For example, some people still deny the dangers of smoking.

Psychologists have always been interested in why some people refuse to believe clear and convincing scientific evidence. In addition, in the social context we’ve been experiencing recently, solution aversion seems to worsen political polarization.

In 2014, psychologists Troy Campbell and Aaron Kay from the University of Oregon researched and named this phenomenon. Let’s delve deeper into it.

What exactly is solution aversion?

A very relevant example of solution aversion is people who deny the existence of climate change. It doesn’t matter that sea levels and temperatures are rising, or that meteorological events get more extreme every year. Desertification also doesn’t seem to convince them.

Part of the reason why people deny climate change is the fact that they don’t like the solutions that activists propose to put an end to it. Many of the potential solutions consist of significantly reducing or eliminating fossil fuel consumption, which would involve completely changing the industry and production.

Thus, when someone doesn’t like a solution, they can completely deny the entire problem. But it often doesn’t stop there. In addition to denying the problem, you might go on the offense and disparage people who defend the evidence.

You can see other clear examples of this phenomenon in people who don’t want to change their lifestyle or stop smoking after they suffer a heart attack. Common arguments include “We’re all going to die of something!” or “My dad smoked his entire life and lived until he was 95!”

Solution aversion is common in people who don’t want to change their habits and perceive solutions as threats to their way of life.

When your ideology doesn’t let you accept solutions

Troy Campbell and Aaron Kay, the psychologists we mentioned above, coined the term “solution aversion” about six years ago. Their solution aversion theory argues that two distinct types of people exhibit this behavior:

The first type is more common and tends to draw more attention in politics. In the United States, for example, the Republican Party traditionally opposes efforts to address climate change or gun control laws. As doing so would go against their interests, it’s easier to simply deny the problem. The Democratic Party, on the other hand, always states that they’re the only social and political group advocating for these changes.

Daniel, age 15, was diagnosed with diabetes. However, he doesn’t want to accept this diagnosis. The idea of having to inject insulin or eat less sugar stresses him out.

Natalia, age 68, was just diagnosed with an eye disease. Thus, she can’t renew her driver’s license. She refuses to accept this, insisting that having a problem in one eye doesn’t limit her driving abilities in any way. She wants to keep driving.

It’s easy to come up with examples of what people do when they don’t like the possible solutions to a problem. We don’t like them because they’d involve a lifestyle change. When faced with these possibilities, reacting with fear, anger, and frustration is all too common.

Solution aversion is much more common than you might think. However, it can really get in the way of the common good. It complicates our ability to advance as a society because we can’t work together towards a solution.

Four Conflict Resolution Techniques
For most people, conflict resolution techniques don't come naturally, which is why it's so important to take the time to learn about them and practice them. Read more »
Link copied!
Interesting Articles
Personality Psychology
Aggressive Competitive People