The Smallest Action is Worth More than the Biggest Intention 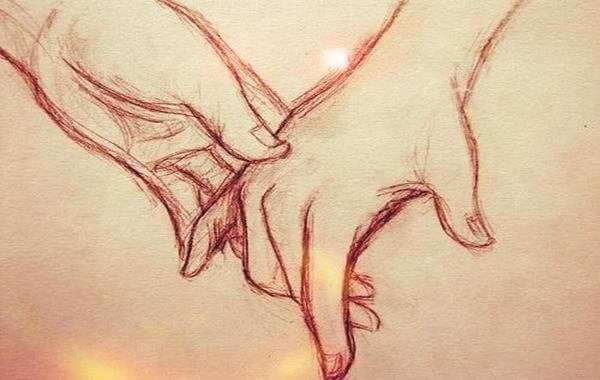 Sometimes we forget the greatness of doing little things and we overvalue talking about our great intentions.

Thinking is not the same as acting, nor is talking the same as doing. As insignificant as an action may seem, it will always be more valuable than something that just disappears in the air.

Words not followed by actions are worth nothing

Words are a powerful resource for those who know how to use them. Thanks to them, deals are sealed, relationships are started and promises are made.

But one thing is transmitting a message and another very different thing is turning this into reality with actions.

People can say a lot of things to you but if they aren’t accompanied by actions, words lose their value

Building up expectations can lead to frustration, disappointment or anger. Of course we’re free to say what we want but we can’t forget that loose lips sink ships.

If we’re not going to do what we say it’s better to stay silent. What use is it to set expectations for others or yourself?

Nor can we forget that words are a weapon of mass destruction in the mouths of manipulative people. So letting ourselves be taken away by what they say may sometimes trap us in huge, messy spiderwebs.

Some people talk and don’t act, and others are quieter but their what they do says a lot. You can trust in the latter, as they know the secret of showing their feelings even in silence.

Your actions define you more than your words

The majority of us talk more than necessary, making promises that we won’t end up fulfilling. This doesn’t mean we don’t have good intentions, but it’s also important to consider the value that others give to what we say to them.

For you, it might be just something you say that fits into the conversation, that’s all. Or maybe you really think you are going to fulfill your promise.

But remember that your message might hold an immeasurable value to the other person. The thing is that in the end they will remember us for what we’ve done and not what we said.

To a large extent, your behavior defines you and it’s the little things that make a difference. In fact, the smallest act has more power than the nicest word or the most optimistic intention.

After all, who do you value more? Someone who tells you they love you or someone who really shows you they do?

“Things are not spoken, they are done, because by doing them they speak for themselves”

In the end, what is left of someone are their footprints. They consist of the accumulation of what they do. Action is our indelible footprint.

Facts do not cease to exist just because they are ignored

Words fly, they disappear, they can even get twisted. But an action will always mark the moment it happened, however much someone tries to ignore it.

An action can never be twisted, the only thing that can be changed about it is what is said about it, and that is words…

But remember that an action demonstrates, whereas a word only transmits a message that may or may not be fulfilled.

Perhaps the key is to act more and talk less, and to read between the lines.

The Gift of Good People Is in the Details
Read more »
Link copied!
Interesting Articles
Psychology
Stressed Teachers: Learning to Care for Our Educators

Some people think that stressed teachers are the only ones who feel the consequences of that stress. Feeling unhappy and…

Psychology
Doing Away with Certain Family and Social Mandates Is Healthy

Doing away with the unbending family and social mandates is healthy, because those codes and obligations make us captives in…

Psychology
When There's a Deep-Seated Conflict

Psychology
Wishful Thinking: Seeing What You Want to See

We're constantly making decisions about work and relationships, but do you think that they're all rational and logical? Sometimes, we don't realize…

Psychology
Internet Trolls and Their Aggression

Internet trolls use aggression to trigger an emotional response, provoke, antagonize, or simply harass other people. Experts believe that those…