Silvio Rodríguez's Lyrics to Think About 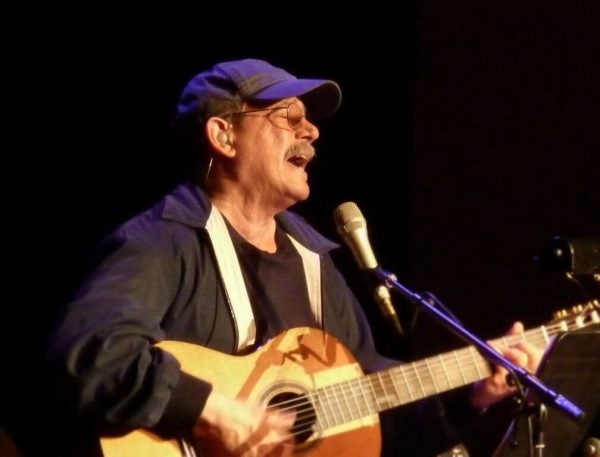 Silvio Rodríguez is a musician who has put on entertaining concerts for over 70 years. This Cuban singer-songwriter continues to sell out stadiums with thought-provoking lyrics. His songs are loaded with allegories and metaphors. He’s also written songs with political themes and they sometimes lend themselves to multiple interpretations.

Silvio Rodríguez is one of the founders of the Nueva Trova, a Cuban music movement that emerged after the Cuban revolution. The Nueva Trova combines traditionally popular music with progressive lyrics loaded with political ideology. The lyrics of this type of music are meant to let people “escape everyday banalities by concentrating on the principles of socialism, injustice, sexism, colonialism, racism, and other similar themes.”

It’s difficult, if not impossible, to decide what are Silvio’s best lyrics. After all, he’s been making music for four decades and has produced over 500 songs. Here are some of his most striking lyrics.

The revolution of Silvio Rodríguez

On the other hand, these lyrics show Silvio’s rejection of capitalism and how it puts a price on everything. He doesn’t care if he’s considered a fool because he knows that what’s considered foolish changes from one era to the next. This idea is reflected in these two verses: “If knowledge isn’t a right, surely it will be a left” and “I live to ask. Knowing can’t be a luxury.”

“The world, one day in a year. How many lovers give their hand in marriage without seeing distances, fences, seas, or long years of prejudice ahead of them. They see beauty. In the end love makes them happy and they always have good things to say about love.”

Many of Silvio Rodríguez’s songs are about love. However, it’s not always clear if Silvio is referring to romantic love. For example, “My love doesn’t need borders. Like spring, it doesn’t prefer one specific garden.” In these lyrics, Silvio seems to refer to a love of humanity or even land.

What’s crystal clear is that he trusts love as a weapon of creation. For example, “Only love begets wonder. Only love turns mud into a miracle.” In his lyrics, he shows that love can do anything. “Let’s continue loving despite everything. Love is the real power among all powers.” In a few words, Silvio understands that “Love is like a violin. The music may stop now and then, but the strings will remember it forever.”

What Silvio Rodríguez is talking about

“I prefer to talk about the impossible. We already know too much about the possible.”

Silvio doesn’t want to tell us what we already know. He doesn’t want to make songs that reaffirm what everyone “believes” they know. Silvio wants to make us think and rethink. He also talks about hope and about how the future can be a better place.

In one of his best-known stanzas, Silvio says: “I hope the rain stops being a miracle that trickles down your body. Hopefully the moon can rise without you. May the earth not kiss your steps.” Silvio seems to be criticizing something. This something may be a leader who has disappointed him or another country. It could even be a simple heartbreak, as the singer-songwriter has confirmed.

Who is Silvio Rodríguez

“Maybe it’s not a good time or maybe I’m delirious. I’m everything that people think I am. Judge me no more.”

We have a tendency to label people. We like to categorize them and forget that people are more than a label. Silvio tries to get away from those labels. With these lyrics, he shows us that he’s everything that people call him, but he’s also a lot more. He tells us to try to free ourselves from judgment and labels and that we’re unique.

Finally, it’s necessary to point out that these interpretations of Silvio Rodríguez’s lyrics are only some among all possible interpretations. His songs are lyrics for reflection. Their lyrics require critical thinking and they must be understood in context. We’ll end our article with one final verse: “The most terrible thing is learned immediately. The beautiful thing costs us our lives.”

Effects of Music on the Brain
What goes on in the brain when we listen to music? One example is that it activates both hemispheres in the brain and creates more connections between them. Read more »
https://exploringyourmind.com/effects-of-music-on-the-brain/
Link copied!
Interesting Articles
Culture
7 Ingenious George Bernard Shaw Quotes

One day, Margaret Manning decided to quit her job and create Sixty and Me, a community for women over 60 years…

Culture
When Coincidences Add Up, You're on the Right Track

You just know when you're on the right path. Coincidences begin to line up in your future and your heart fills…