3 Revolutionary Books that Will Make You Question Everything 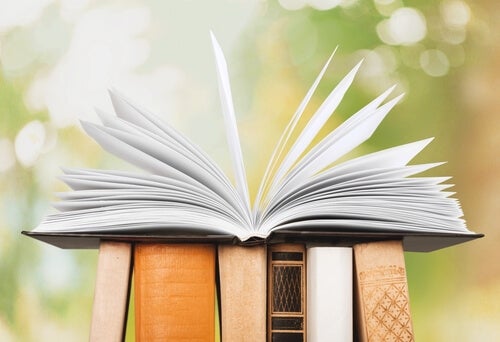 In a few short words, Michel Houellebecq expertly summarizes what life would be like without reading: “Not having anything around to read is dangerous: you have to content yourself with life itself, and that can lead you to take risks.” Continue reading below to discover a list of revolutionary books that may make you rethink your future. Are you ready?

Reading is a wonderful activity and a great way to pass the time. It’s a good practice to instill the habit of reading in children so that, from that point on, they’ll discover new worlds full of fantasy, happiness, and humor. Also, it exercises and awakens the mind and is a great source of knowledge.

Every reader reaches a point where they’re tempted to evolve and go even further. Have you ever looked for more than one book, movie, or magazine to enjoy at a time? Has there ever been a book, movie, or work of art that turned everything you believed upside down?

Throughout history, many revolutionary books have been written that have broken molds and conventions. Whether it was due to the time it was written, the content of the book, or the language used, they had their fair share of censorship and misunderstanding.

Think of such controversial works as The Prince by Niccolò Machiavelli, The Origin of Species by Charles Darwin, The Communist Manifesto by Karl Marx and Freidrich Engels, or The Decameron by Giovanni Boccaccio.

These few books are just the tip of the iceberg. Fortunately, today there are still writers who are able to snap us out of our hypnosis. These authors hit us hard enough to make us question our own lives. Below, we talk about each of these books in more detail.

We began this article by referencing controversial poet and writer Michel Houellebecq, so it seems fitting to start off this list with his final work, Submission. This is a difficult story that has been unfairly misinterpreted by readers and non-readers alike.

Houellebecq goes deep into the story of a moderate Islamist party that rises to power in a tired and well-off society in France. Many people have read it as a story against Muslims and their customs.

However, the author really just uses simple party rising to power as a way to talk about a lethargic and bourgeois society. Houellebecq delicately and almost sadly portrays a town that seems to be losing its grip. The people accept everything that happens without the slightest hint of reflection or critical thinking. Is this a portrait of modern European apathy? I would say yes.

The Big Short by Michael Lewis

Now let’s move onto The Big Short, another modern controversial tale. Through a set of real-life characters who went against the world and the markets, Michael Lewis portrays a greedy society with the desire for unchecked power.

“We live in an era of fraud in America. Not just in banking, but in government, education, religion, food, even baseball.”

In reality, the market crash of 2008 that ruined the lives of so many people all over the world is just an excuse. With his powerful prose and cynical tone, Lewis portrays characters with such a brutal avidity for money that they’ve completely forgotten about the importance of values.

The saddest part of The Big Short is that Lewis himself doesn’t bet on humanity. The ending teaches us that the more time passes, the more a few people take advantage of the rest while the wheel keeps turning.

We’ll end our controversial trilogy with a graphic novel by Marjane Satrapi called Persepolis. In the pages of this autobiography, she tells of the misadventures of Iran, where the most reactionary type of Islam has forcefully penetrated society.

“To die a martyr is to inject blood into the veins of society.”

Satrapi tells her own heroic story of how she left a country where a coup d’etat, “supposedly perpetrated by the United States Secret Service,” has put an end to a legitimate government of the people. After that, indignation takes hold of the nation, which creates the ideal situation for religious radicalism.

As you can see, revolutionary books are an ideal way to raise awareness. If you want to take a peek at them, take this article as an invitation, because I guarantee you won’t regret it. From the second you open the first book to the second you close the last one, you’ll become a completely different person.

Poetry: A First Aid Kit for the Soul