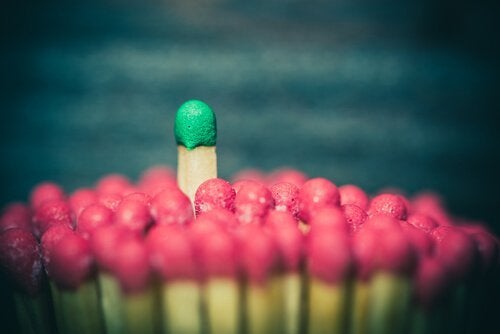 Power is the capacity to do or be something. The capacity to exercise supreme rule over one or more people. The ability to influence people and have one’s supreme authority recognized by society.

As you can see, the definition of power is quite fluid. There have been many different definitions, theories, and typologies of power throughout history. To understand it better, let’s go over some of the most accepted ones.

One of the most significant figures in early theories of power was Friedrich Nietzsche (2005). He introduced the concept of the will to power, or the ambition to achieve one’s desires.

At around the same time, Max Weber defined power as the opportunity or possibility for one individual to exercise their own will in a social relationship. Later on, through the lens of Marxism, various additional authors studied the concept of power.

Closer to our time, French philosopher Michel Foucault published one of the broadest analyses of power. While there have been many others, these are the most significant ones.

Max Weber was one of the most important thinkers of the 20th century. While his work encompasses many different fields of study, we’ll focus on his conception of power and domination.

He defined power as “the probability that one actor within a social relationship will be in a position to carry out his will despite resistance, regardless of the basis on which this probability rests” (Weber 2005).

So power implies the ability to impose one’s will on others, which can manifest in many different forms. Meanwhile, domination, understood as a form of command-obedience, is the ultimate expression of power.

Political class conflict is at the foundation of acquiring social power. It has more influence than other forms of class conflict, such as economical or ideological. According to Marx, while changes in economic conditions influence who takes power, political practices count more (Sánchez Vázquez 2014).

However, Marx never articulated a theory of power. But he did indicate that “political power, properly so called, is merely the organized power of one class for oppressing another” (Marx and Engels 2011). Future Marxists went into more detail in their own theories of social power.

For example, Antonio Gramsci (1977) talked about it in the context of capitalism. The dominant class doesn’t gain power over the proletariat and oppressed classes just by using repressive state apparatuses. It gains said power by having cultural hegemony and control of the educational system, religious institutions, and media.

Foucault insisted that power is everywhere, because it doesn’t come from anywhere in particular. In this view, power can’t be limited to one institution or state. Therefore the Marxist concept of taking power is impossible.

Power is a relationship of forces that occur in society at a given moment. Therefore, power is everywhere, and powerful agents cannot be considered independently from these relationships.

Overturning prior conceptions of power, Foucault investigated how relationships of power can produce rules of law that in turn result in discussions of truth. While power, law, and truth all feed into each other, power always has more influence over law and truth.

Although Foucault analyzed power in diverse contexts and times, one of his most significant ideas is biopower (Foucault 2000). Biopower is a practice used by modern states to control the population.

Modern power, according to Foucault’s analysis, is woven into social practices and human behavior. It happens as the oppressed population gradually accepts the subtle regulations and expectations of the social order.

Biopower gives way to a biological regulation of life. A classic example can be found in mental hospitals, prisons, and courts. These are disciplinary institutions that define the norms certain segments of the population break, thereby straying from society (Foucault 2002).

In the field of social psychology, John French and Bertram Raven (1959) proposed 5 types of power.

As you can see, the conceptions of social power are diverse and heavily influenced by their time in history. The definition of power ranges from domination over people to a complex web of relationships.

This more recent conception of power suggests that we’re always navigating relationships of power. Every interaction we have is characterized by the power differentials that exist. Therefore, being aware of social power is a first step towards reducing its influence and exploitation.

Link copied!
Interesting Articles
Psychology
The fern and the bamboo: a fable on resilience

Psychology
Character Motivates You to Do the Right Thing, Not the Easy Thing

Character is the most important of all the virtues. However, it requires courage, honesty, and loyalty to oneself. Only a…