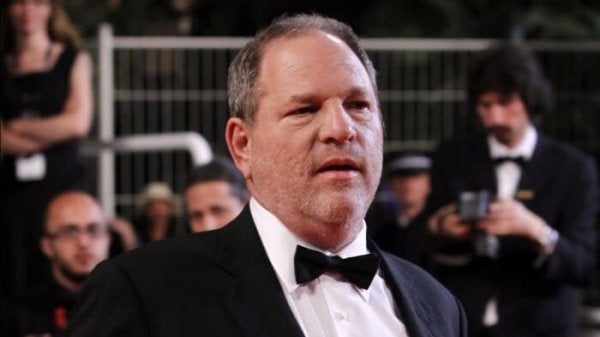 Sexual predators aren’t sick. They aren’t sex addicts, nor do they live only in the highest echelons of Hollywood. The brain of a sexual predator can hold its own in any common scenario. And, above all, they abuse their position of power to subdue their victims, always expecting the complicity of a social system accustomed to looking the other way.

We could say that we’re living in a very interesting moment from a social and psychological point of view. Everyone waited for this necessary moment. After the uproar over the case of film producer Harvey Weinstein, there doesn’t seem to be an end in sight for the expansive wave caused in social media. There’s the name of another famous celebrity in the headlines every single day. Another fallen idol, another terrible story of sexual abuse and detractors who warn that what’s happening simply doesn’t make sense.

“What’s all this for? What are they looking for?”, some of us might wonder. We often hear testimonies of events that place over 10, 15, or 20 years ago. The veil covering these issues has fallen regardless of the time gone by because the wound continues to ache and bleed. Everyone was aware of this reality, but it was structurally silenced and implicitly consented. Now it’s coming into the light.

Nevertheless, we must remember that those voices have always been there, but we just didn’t pay any attention. Like the voice of Elijah Wood, who denounced in his time the existence of recurrent cases of child abuse in the back rooms of Hollywood.

It’s clear that the time has come, as simple as that. Our society has awakened and is ready to listen. Our world is more receptive than ever. We’re all connected. Heroes rise within a few days and idols collapse within seconds through social media. It’s a voracious scenario that mobilizes the masses and creates awareness. It’s also a place where, nowadays, and thanks to the #MeToo hashtag, we’re allowed to visualize situations that, as difficult as they are, could seem extraordinary. Or, in other words, non-daily or ordinary. However, these things happen every day. The victims of these situations: women and girls, for the simple reason of being female.

The “illness” of sexual predators is their position of power

When a new story related to a Hollywood celebrity goes public, the term “sexual predator” always seems to come up. In this information age, people must define some expressions and words to avoid misunderstandings. In fact, an interesting article was published in “Psychology Today” only a few weeks ago. This article warned of something important: we shouldn’t associate sex offenders with sex addicts.

We put emphasis on this for a very specific reason. Every time an accusation against a famous figure comes up, it doesn’t take long for their lawyer to announce that their client will be admitted to a clinic to receive some kind of treatment. That was the case with Kevin Spacey, for example.

But make no mistake. Sex offenders aren’t always sick. When they commit sexual assaults, intimidate, and coerce others, they know exactly what they’re doing. The truth is that they use their power to violate the personal and sexual rights of other people.

Where does the power corruption begin?

In order to understand the impact of this power, we have to talk about the origin of these scandals. In fact, its origin was for many “the story of a child who reported his father and uncovered a whole system of corruption”. This particular child is Ronan Farrow, the son of Mia Farrow and Woody Allen.

He was just a teenager when he witnessed how society looked the other way when he reported that his father’s abused Dylan, his 7-year-old foster sister. Harvey Weinstein was one of the people who managed to clean his father’s image and return him to his former glory.

This situation scarred young Ronan and his sister. The fact that society was capable of transforming the aggressor into the victim and the victim into someone disturbed shocked him. He was impressed by the secrecy that existed in Hollywood regarding sexual assaults and acts of pedophilia committed by men of great power in this industry. An industry accustomed to keeping quiet, to being an accomplice, and to using blackmail, threats, and extortion against anyone who dared raise their voice.

Since then, Ronan Farrow hasn’t stopped investigating and gathering information about several Hollywood sexual predators. His research progressed slowly until he focused on one person, Harvey Weinstein. He had enough information long before the scandal, information that included evidence and testimonies. However, he always got the same responses from newspapers, producers, and television channels: That’s dangerous information. Just forget about it. Turn the page and look the other way.

Until now. Until our society refused to turn the other cheek and look the other way.

Sexual predators appear in any context in which there are asymmetries of power. We can find them in workplaces, training sports groups, deans or professors in universities, team leaders in hospitals… They are people capable of crossing the line in order to attack, violate, or simply intimidate through words.

Besides that, it’s interesting to delve a bit more into the characteristics of their personalities and behaviors:

In conclusion, this term isn’t new nor exclusive to the Hollywood world. “Sexual predator” refers to many people who are slowly being exposed. However, they will continue existing and they’ll have a much easier time they have the complicity, in the form of silence, of the environment.

Maybe this is the best moment… say their names. Reveal their faces. Stop looking the other way. We have lived in fear of those who have power for too long. There are thousands of victims who are forced to keep quiet and forget what they went through. Let’s stop this, be sensitive, be logical, and stop sexual predators before they strike.

The Day My Child Lost His Smile: Child Abuse
My son lost his smile because of child abuse, and I'm writing this difficult article to share some warning signs so that it won't happen to others. Read more »
Link copied!
Interesting Articles
Psychology
When Solitude Defines Me

Psychology
How To Build Our Own Universe

Happiness is not a given in life - you have to conquer it. Human beings are made to survive, not to be happy. We are programmed to survive, but if…

Psychology
Bruxism: Why Do People Grind Their Teeth?

Has anyone ever told you that you grind your teeth during the night? Have you ever felt pain in your…

Tantrums, crying, screaming, biting, hitting ... When it comes to parenting, sometimes we don't really know how to stop inappropriate behavior. But…

Psychology
The Importance of Knowing How to Disconnect

In the era of globalization, to disconnect or unplug yourself from the routine, especially from work, seems to be an…