Sexting and Online Grooming: Risks of the Digital Age 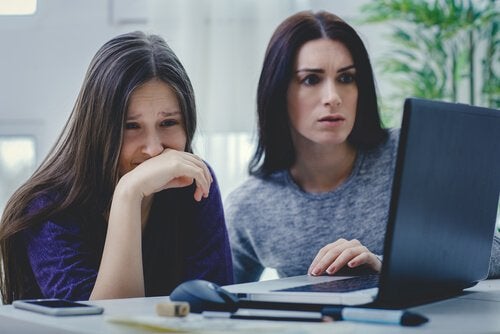 This digital transformation era is also changing our society as a whole. ICTs, or information and communication technologies, offer many benefits. They help spread knowledge and promote economic growth, creativity, social relationships, and recreational opportunities. However, they also have a few downsides. One of them is online grooming.

Although the Internet helps people make and maintain relationships, it also poses some risks such as sexting and online grooming.

During adolescence, teenagers start trying to discover who they are. They also start exploring their own bodies. Moreover, teens are less inhibited and tend to downplay the risks of their behavior. This is because, from a biological perspective, their self-control over their emotions and actions is still developing.

The Internet is a way for young people to express and explore themselves. Although it might seem harmless at first, the Internet can also be dangerous.

Exchanging sexual messages and exploring one’s own body isn’t bad. However, if teens don’t take adequate measures to protect themselves, they could suffer from serious intimacy, mental, and even physical problems.

“Don’t say anything online that you wouldn’t want plastered on a billboard with your face on it.”

Teenagers aren’t the only ones who engage in sexting. The Internet is an open door for millions of adults and young people who use the web to share sexual content. However, we sometimes don’t think of its possible risks. There are two main reasons why it’s important to consider these risks:

What is online grooming?

On the other hand, online grooming is when adults sexually abuse minors through the Internet.

The Internet makes it possible to hide your personal identity. You can create several different identities online, none of which have to be based on reality. A person can use a fake profile to communicate with many people at the same time.

This can lead to dangerous situations since adults can access minors’ accounts easily. The abuse can be direct and in person or indirect through the Internet. For example, the perpetrator might solicit sexual content from minors, such as personal videos or photos.

“The great thing about social media was how it gave a voice to voiceless people.”

There are certain factors that facilitate sexual abuse through the Internet. As we mentioned before, the Internet facilitates people’s ability to hide from reality and wear masks. This anonymity allows adults to do things they wouldn’t be able to do in person within their real-life environment.

The Internet is uncontrollably broad and people can interact with many others at the same time. That is to say, it’s very easy to make many contacts and create a lot of profiles without having to be restricted by social norms. The web dips into a parallel world. This parallel world is the digital world, where the lack of face-to-face interaction blurs the rules of the game and its limits.

Therefore, the perception of risk decreases and Internet users engage in brash behavior when they interact with others. This is especially true for teenagers. On the Internet, relationships spring up much more quickly, chaotically, and with less inhibition than they do in real life.

Online people don’t even seem to be real at all. Starting and ending a relationship becomes a superficial process. Thus, relationships become nothing more than commercial transactions where emotional or sexual benefits are exchanged. When the benefits disappear, boredom sets in and people jump to the next profile. The lack of direct contact promotes experimentation without any regard for the possible consequences.

How this creates an environment for abuse

All of this affects the empathetic capacity of the abusers. The abyss between the web and reality helps them avoid having to put themselves in the shoes of the people they abuse. They ignore others’ suffering and the possibility that they may hurt them with online grooming.

The victims of this online grooming don’t feel safe. There’s no concrete object they can hold on to. The Internet doesn’t have any limits in terms of space or time since whatever you share is stored forever.

People forget to consider that their online behavior is just as important as their in-person actions. It’s very important that you realize the magnitude of the impact that the Internet and its risks can have on your life. You also have to ask yourself who’s behind the other screen. Who are you really talking to? Can you trust them with the content you’re sharing with them?

How to prevent Internet abuse and online grooming

It’s very important for parents to have control over minors’ Internet interactions and psychological education. This will make it possible for them to use these resources appropriately.

We live in a world where a lack of Internet access is unthinkable. Trying to deny this reality won’t help anyone. You have to accept that the Internet is a part of our daily lives. That’s why we have to learn to use it safely. Banning cell phone use or restricting social media access won’t help at all if you don’t educate your children on how to use these technologies appropriately. At the same time, you should instill values like respect and attentiveness in them.

An upbringing founded on respect and consent is the fundamental pillar of all healthy relationships. Teens should learn how to set limits, explore their sexuality safely, and say “no”. Additionally, you should teach them how to respect others and express themselves. Finally, it’s also important to warn them about the dangers of the virtual world.

It’s not about scaring them or even confronting them. Rather, it’s about informing them about the dangers of the Internet so they can recognize risky situations and know how to act when faced with them.

What to do after an abusive situation

If a minor tells you they were abused, it’s important to listen to them so that they feel protected. You should never blame the victim for what happened. Abuse is when a person exerts their power and superiority over another to manipulate them and perpetuate the process of coercion. This starts with online grooming. Thus, we should offer the victim emotional support and contact the appropriate professionals so they can help them.

“Deeply respecting yourself is the first step toward having a deep respect for others.”

4 Characteristics of Online Predators
Online predators tend to target minors because they're easier to manipulate. But what do they want and why do they do what they do? Read more here. Read more »
Link copied!
Interesting Articles
Culture
Seven Great Albert Camus Quotes

Most of Albert Camus' quotes reveal his rebellious spirit. This French man who was born in 1913 was one of…

JOMO, or the joy of missing out, it's about being happy about not experiencing something you think you should experience. It's a little bit confusing, but in this article, we'll…

It'd be almost impossible for someone nowadays not to recognize Marilyn Monroe's face. She's been immortalized, and shows up on…

Communicating better is one way to make your life easier and more rewarding. Much of our difficulties with others, and…