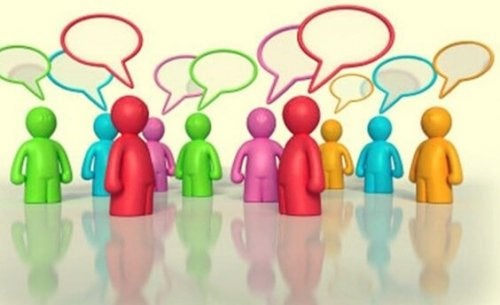 Kurt Lewin was one of the most influential psychologists of all time. We consider him to be the father of social psychology and the psychology of organizations. His approaches and his theory are useful in many areas, particularly in the business world.

Kurt Lewin was born in a small town in Prussia, called Mogilno, in 1890. When he was very young, his family moved to Berlin, Germany. Lewin studied medicine and biology in Munich. From a very young age, he became interested in psychology and philosophy, two areas that he began to formally study in 1911.

“If you want to truly understand something, try to change it.”

He was also was very interested in politics, particularly socialism. In fact, he thought that we could use psychology to achieve greater justice and equity in the world. He received his doctorate in philosophy. However, during World War I, he served in the army as an artilleryman. He was soon wounded and quickly returned back to his normal life.

Then, he began studying at the Institute of Psychology of Berlin. There, he came into contact with several representatives of Gestalt psychology. He became very interested in the topic, which was very popular at the time.

A new stage for Kurt Lewin

Kurt Lewin was of Jewish descent. That’s why, when Nazism rose in 1933, he knew he had no choice but to leave Germany. First, he tried to take refuge in Jerusalem, but he was unsuccessful. With the help of some friends and colleagues, he was able to leave for the United States.

Thanks to one of his German friends, Lewin got a job as a professor at Cornell University. He later became a professor at the University of Iowa. A few years later, he became the director of the Research Center for Group Dynamics at MIT.

At that time, Lewin focused his research on social phenomena. He studied social interaction in detail as well as the effects of social pressure on behavior and work dynamics in organizations. Lewin laid the foundations of what social psychology is today.

A new vision of psychology

When Lewin arrived in the United States, the prevailing psychological trend was behaviorism. Behaviorism says that man is like a black box and that we’re born as a blank sheet of paper. The theory says that others’ influence is what shapes our personalities and makes us who we are. For Lewin, on the other hand, each individual isn’t passive and is able to establish their own interactions with their environment.

Lewin created some new ideas to better understand human behavior. He borrowed the concept of “field” from physics. In this discipline, the term “field” refers to an area of space that has certain properties or factors that give it a specific configuration.

In the same way, for Kurt Lewin, human behavior is the result of a field. This comprises a set of coexisting events in which a change in one part affects the change of the whole. In turn, the subject perceives these facts and their dynamics in a particular way. All this makes up what Lewin called “living space”.

There are three fundamental variables that operate in that dynamic field: tension, force, and necessity. Thanks to the latter, behavior establishes a specific purpose.

Kurt Lewin’s great contribution was that the individual and the environment should never be seen as two separate entities. In practice, they’re two things that are constantly interacting with one another. They mutually modify each other in real time. Lewin’s theory calls to study the individual in terms of these dynamics.

Likewise, he pointed out that, if we want to understand human behavior, we have to take into account all the variables that can affect the environment. This includes the socialization patterns that exist in groups of friends.

Based on all of this, Lewin stated that it’s perfectly valid to introduce changes in our environment in order to study people’s reactions and how they respond to changes. At the time, this was a new perspective. Its given rise to hundreds of studies around the world. To this day, researchers use this technique, called research-action, in their studies.

The Social Exchange Theory
What is the social exchange theory and how does it serve us today? We explore the theory, its underlying assumptions, and some of its criticisms here. Read more »
Link copied!
Interesting Articles
Psychology
Things Are Simpler than They Seem (Lateral Thinking)

Abuse always leaves deep scars, and they're sometimes impossible to erase. The psychological effects of domestic abuse in particular tend to…

To refer to the feeling of being in control of our lives, we use the term "sense of agency". Being…