Teenage-ism, An "Illness" That Affects Millions of Teenagers Around the World 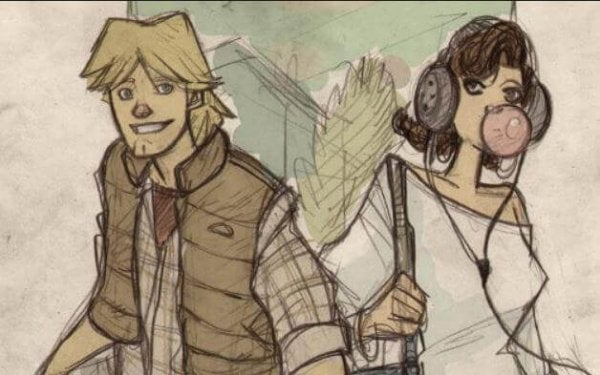 A few months ago, a story went viral about a teenager that asked her mother to write her a note excusing her for being late to class. The mother, probably surprised at first by her nerve, decided to get creative with the request. She justified her daughter’s tardiness with a disease she referred to as “teenage-ism”.

The mother, Nicole Poppic, published the note on social media, saying: “This is what happens when you’re late because of your own poor decisions and you ask me to write an excuse for you”.

The note she wrote for her daughter, Cara, went like this: “Cara is tardy this morning as a result of a condition known as ‘teenage-ism.’ Adolescents across our great nation are afflicted, and there is no known cure. Symptoms are multitudinous, but this particular morning she suffered from an inability to remove herself from her bed, and also felt the need to talk back to her birth-giver. She seems to be recovering her senses after watching her cell phone fly out the car window. Please call me if there is another flare-up. Thank you”.

“Adolescence is a new birth, for the higher and more completely human traits are now born.”

Teenage-ism is the beginning of a metamorphosis

Adolescence spans from ages 12-20. It ushers in a large number of changes – not just physical, but also cognitive, emotional, and existential. Due to these changes, a teenager starts questioning how the world works, and the role they play in it.

This is, in many respects, a total transformation. These boys and girls are on an emotional and cognitive roller coaster that explains their rebellious behavior.

A lot of parents ask themselves the same thing. If teenagers seem to have developed the ability to think like an adult, why don’t they act like an adult? The answer is simple: cognitive maturity and emotional maturity don’t always go hand-in-hand.

This is why teenagers are generally still considered to be emotionally immature. They use inconsistent, explosive, and temperamental behavior as a self-defense mechanism. (These are behaviors that are symptomatic of teenage-ism.) However, we should know that cognitive and intellectual maturity is what makes teenagers begin developing their own identities and personalities.

Usually, an adolescent develops an emotional capacity equivalent to that of adults. However, though they have these emotions, they don’t yet have an adult’s experiences. This means that they’re having to analyze and process the full brunt of a whole new emotional world.

This emotional activation is so overwhelming that the teen can’t make sense of most of the emotions they’re feeling. However, all of these experiences will help them better understand the complex tandem of psychological emotions, thoughts, actions, and situations that they’re facing.

Millions of parents across the world can identify with the phenomenon of teenage-ism. The teenage son or daughter’s displays of wayward and challenging behavior can seem like a rebellion against all the norms established by the parents or society itself.

You have to remember that this time is also confusing for your teenager. Though they’re continually searching, reinventing, and changing, they can’t quite find themselves. They feel their instability and there’s no light at the end of the tunnel.

The complexity of family relationships during adolescence falls into three groups (not including individual variations):

1. Conflicts with parents and with their position in society

There’s a certain stage during this period where adolescents are treated like kids but are asked to behave like adults. This ruins their image of maturity and self-confidence and perpetuates internal conflict with society.

This phenomenon is called desynchronization. It basically refers to the teen becoming more and more precocious, while their integration into the adult working world takes longer and longer. This prolongs teenage-ism and can aggravate family conflicts.

Adolescence is, by definition, emotionally tumultuous. The characteristic mood swings can be abrupt, negative, extreme, and frequent. Teens report feeling more negative emotions than preteens or adults during any given day.

In addition, these years can be even more jarring, intense, and negative if the teen isn’t popular at school. There can also be problems if their grades are low or there are troubles at home, like a recent divorce. Adolescence is a very “emotionally complicated” stage.

Teenagers have an affinity for going against the norm. Therefore, they can find themselves wrapped up in illegal, antisocial, or dangerous activities. However, unlike family conflicts and mood swings, risky behavior is more likely to appear in late adolescence.

Teenagers are impulsive and they’re constantly on the lookout for new sensations. These two factors, along with what we’ve already mentioned, help us understand how critical this period is. Teenagers need supervision and guidance (from a prudent distance and tailored according to the circumstances) from the responsible adults in their lives.

Since adolescence is the stage where teens process and internalize their surroundings, we must carefully shape their environment. There are no magic spells that will help us through this period. Though it might seem strange, the whole family has to prepare and adjust for adolescence, just like they would if they were expecting a new baby in the house.

The 5 Most Common Problems in Adolescence
The problems in adolescence can range from being temporary mood swings to very serious conditions. Read on and find out how to help teens in need. Read more »
Link copied!
Interesting Articles
Personal Development
Decision-Making Fatigue, the Web that Traps You

Wellness
Sometimes to Stay Is to Go Too Far

There are moments when we find ourselves wanting to stay, when we would give anything to have a reason to, but we…

Wellness
7 Zen Commandments That Will Change Your Life

Wellness
To Every Brave Woman

To you, brave woman, fighter who struggles every day to wear your smile like a flag. To you, woman whose eyes are the color of strength, the eyes with which you transmit…

Here is what some may consider to be a bold request: don't argue with people who only put importance on…