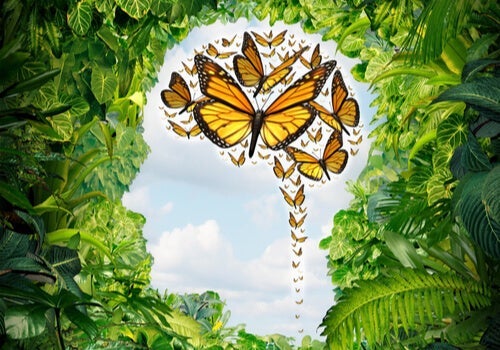 When it comes to human behavior, it’s safe to say that there are many ways of conceiving and analyzing it. The same thing goes regarding the understanding of psychology. Let’s not forget that psychology is the discipline that seeks to explain the processes of the mind and human behavioral expression. That being said, it’s difficult not to ask oneself how it’s possible to achieve some unanimity in making sense of human behavior when there are so many perspectives to understand it from.

Psychologists use different approaches when it comes to studying how people think, feel, and behave. Whatever the approach, the object of study is invariable and the conclusions are usually not far from each other. In this article, we’ll be exposing some clues that’ll make understanding psychology a bit easier.

Some researchers decided to focus on a specific school of thought. Others, on the other hand, choose to adopt a more eclectic approach that incorporates various points of view. Basically, not one perspective is better than another by definition; each one of them simply emphasizes different aspects of human behavior and it’s up to you which one to focus on when trying to understand psychology.

From a psychological standpoint, an approach is a perspective that implies certain assumptions about human behavior different from other assumptions addressed by other schools. There may be several different theories within the same branch, but they all share certain foundations when they fall under the same school.

As of now, some of the most important psychological approaches to understanding human behavior are:

Below, we’ll be reviewing what each one of them consists of:

Behaviorism is different from most other approaches because, according to it, people (as well as animals) are usually controlled by their surroundings. As a matter of fact, for behaviorism, we’re the result of what we’ve learned in terms of stimuli, reinforcers, and associations. Thus, behaviorism studies how environmental factors (stimuli) affect observable behavior (response).

According to the behavioral approach, one should only study observable behavior because it’s the only one that can be measured. In fact, behaviorism rejects the idea that people have free will. As we stated above, it believes the individual’s environment determines all their behavior.

The cognitive approach revolves around the idea that if we want to know what makes people do certain things, we must discover what runs through their minds. Therefore, this way of understanding psychology focuses on analyzing mental processes. In other words, from a cognitive perspective, psychologists study cognition, meaning the mental act or process through which people acquire knowledge.

Moreover, the cognitive approach deals with mental functions, such as memory, perception, and attention, among others. Cognitivism considers that people are similar to computers in the way they process information.

The biological approach explains behavior according to the individual’s underlying genomics. More than anything, it studies how genes exert influence on people’s behavior. This is a very particular way of understanding psychology since it believes that most behaviors are inherited and have an adaptive function.

The biological approach is based on the relationship between behavior and the brain mechanisms supporting it. That way, it looks for the causes of behavior in the activity of genes, the brain, the nervous system, and the endocrine systems. In other words, it seeks to study how all these systems interact with each other.

Thus, psychobiologists study how the human body is associated with behavior, feelings, and thoughts. In this way, it tries to understand how the mind and body work together to create emotions, memories, and sensory experiences.

The psychodynamic approach, an interesting way of understanding psychology

To speak of a psychodynamic approach is to speak of Sigmund Freud. This author came up with psychodynamic principles by observing how the unconscious controlled his patients’ psyche. And that’s what psychodynamic psychologists or psychoanalysts do; they emphasize the role of internal forces and conflicts on behavior.

As stated by this approach, human acts arise from innate instincts, biological impulses, and attempts to resolve conflicts between personal needs and the demands imposed by society.

The psychodynamic approach states that events in our childhood can have a significant impact on our behavior as adults. Thus, our unconscious mind and childhood experiences determine our behavior as a whole. It’s also important to note that, according to it, people have little willingness to make decisions.

An important aspect of the school of psychoanalysis is Freud’s theory of psychosexual development. This theory shows how early experiences affect adult personality. Additionally, it proposes that the stimulation of different areas of the body is important as the child progresses through the stages of development.

The humanistic approach studies an individual as a complete and integrated entity. Humanistic psychologists observe human behavior not only through the observer’s eyes but through the eyes of the individual themselves. It emphasizes the importance of considering the confluence of each and every one of a person’s vital spheres.

From this way of understanding psychology, it’s believed that people’s behaviors are connected to their internal feelings and to the image they hold of themselves. The humanistic perspective focuses on the idea that each person is unique and has the freedom to change at any time in their life.

This perspective suggests that we’re all responsible for our own happiness. Therefore, we have an innate capacity for self-realization, which pushes our desire to develop our potential.

The evolutionary approach believes that the brain, and therefore the mind, evolved to solve the problems that our hunter-gatherer ancestors encountered during the Paleolithic era more than 10,000 years ago. In other words, the way that this current explains behavior is associated with the selective forces that shape behavior throughout the process of natural evolution.

According to this way of understanding psychology, observable behavior has developed because it’s adaptive. As you can see, it resembles the biological approach in this sense. According to this theory, our behavior went through a process of natural selection. Basically, the best-adapted individuals are those who survive and reproduce.

Behaviors can even be selected sexually. This way of understanding psychology states that people who are more successful in obtaining access to sexual resources would reproduce more. Because of this, their characteristics would become more abundant over time and, therefore, the mind would be full of instincts that allowed our ancestors to survive and reproduce.

In brief, the evolutionary approach focuses on determining the relative importance of genetic factors and experience related to specific aspects of behavior.

Finally, the sociocultural approach studies how society and culture affect behavior and thought. It finds its foundation on the cultural and social influences surrounding people and the way they influence or impact individuals’ way of acting and thinking.

From this perspective, culture is a determining factor in human behavior. This is why it studies the existing differences between several societies. In order to do this, it examines the causes and consequences of the behaviors of the inhabitants of different countries. It interprets behavior depending on the individual’s cultural environment.

The sociocultural approach states that culture and the mind are inseparable since they’re mutually constructed. This explains why it focuses on the interactions between people and the environment.

Link copied!
Interesting Articles
Theories
Is Consciousness a Product of the Brain?