Freud had many different theories of personality. Many of them were absolutely revolutionary and radical for their time. One of the most interesting was his theory of genetics and psychoanalysis. 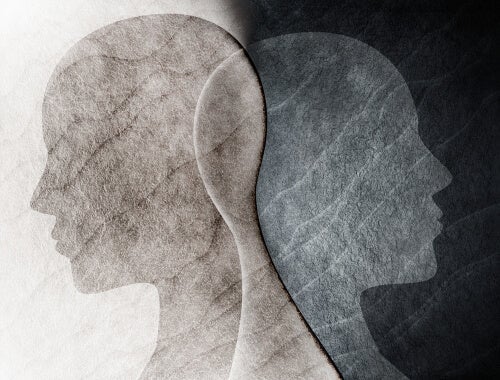 Thanks to some important figures in history, we have a very different perspective of personality than we did a century ago. Sigmund Freud, the father of psychoanalysis, was one of them. His new perspective on our psyche helped him come up with radical theories for his time. One of those is his theory of genetics and psychoanalysis, our focus today.

The study of sexuality and the unconscious mind didn’t start with Freud. That being said, he brought us a very different perspective on those topics. That perspective was psychodynamics. His theories, studies, clinical practice, and publications revolutionized the field of psychology.

His ideas about sexuality also caused plenty of controversy. They differed from the traditional thinking of the time and dealt with things such as sexuality in children.

“In matters of sexuality, we are at present, every one of us, ill or well, nothing but hypocrites.”

Genetics and psychoanalysis: The origins

Psychoanalysis has many extremely complex concepts because of how much they rely on other concepts. It’s hard to single out one definition without giving another. This is largely because they complement each other and are in constant motion. This makes it hard to give specific origins for the theory of genetics and psychoanalysis.

In reality, it’s more of a theoretical inkling that comes from all of Freud’s other explorations. We’re talking not just about his research and studies, but also of his apprenticeship in hospitals and the patients he treated as part of his clinical practice.

If we really have to try to pin down a specific origin, we’d say this theory began to take shape in his book Three Essays on the Theory of Sexuality. In it, he talks about sexuality from the perspective of psychoanalysis.

Genetics and psychoanalysis: What’s the link?

Freud came up with many different models for understanding human personality. The genetic model is just one of them. The others are topographical, dynamic, economic, and structural.

The genetic model in particular focuses on our search for pleasure through stimulation in various erogenous zones. This theory says that this is a lifelong thing and childhood is a part of this search for stimulation as well.

His idea was that a person’s personality would develop depending on the type of gratification. For example, the frustration of gratification would make for a different person than excessive gratification. Every single person would be different, according to psychoanalysis, because they all develop differently.

The stages of psychosexual development in psychoanalysis

This model of psychoanalysis has multiple stages. Each one involves a specific erogenous zone, fixation, and sudden frustration. Here are all the stages in this theory, also known as psychosexual development:

This is from birth to 18 months. The erogenous zone is the mouth. Satisfaction will come from that part of the body, from things such as kissing, sucking, biting, and eating.

It consists of two sub-stages. The first is the passive oral phase where people get pleasure from suction. Next is the active oral stage, which begins when a baby’s teeth grow and they can bite down.

This runs from 18 months to roughly 4 years old. The pleasure center here is the anus, both in terms of retention and expulsion.

This runs from roughly ages 7-12. But in this case, a person’s sexual instincts will be repressed until they can assimilate into their environment, which will make it easier for them to learn. This is where personality really begins to take shape. In this stage, it’s common for children to play with other children of the same sex.

This stage runs from age 12 and on, and the erogenous zones here are again a person’s genitals. This is where a sexual identity will re-establish itself. You’ll also start to have Oedipal fantasies. Starting right before a person’s teens, it’s what gives people their sexual drive and leads them to have intercourse.

Psychosexual development is a dynamic process and multiple stages can be going on at the same time. The development of a particular stage can potentially lead someone to develop a disorder.

As you can see, Freud’s theory of genetics and psychoanalysis is an original approach to personality, from the perspective of sexuality. It was revolutionary at the time and remains controversial to this day.

Beyond Freud – Psychoanalysis Schools and Authors
Freud wasn't the first person to actively listen to people with psychological problems, but his theory of psychoanalysis was revolutionary. Who came after? Read more »