William James and His Conception of the Truth

Although the truth is a concept that's difficult to define, William James tried to tackle it during his career. Read about his conception of the truth in this article! 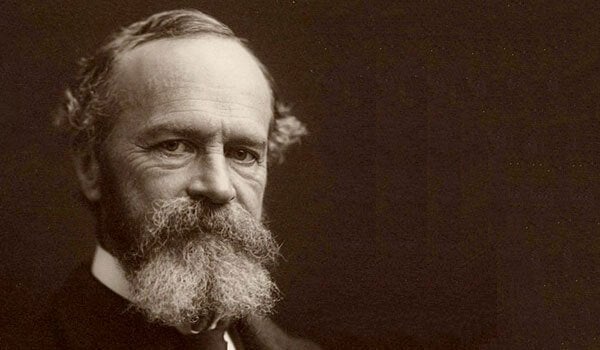 The truth is a concept that’s difficult to define even though it’s an important term that you surely use on a daily basis. It would seem that you put your trust in the truth all the time. Nevertheless, it’s hard to say exactly why. This was a problem that William James devoted much of his life to.

In this article, we’ll be taking a look at William James’ (1842 – 1910) conception of the truth. He was an American philosopher, a Harvard professor of psychology, and the founder of functional psychology.

Truth and Knowledge according to William James

James distinguished between two ways of knowing things. On the one hand, the individual could know something intuitively through direct experience. This would be like seeing a paper on a desk before you. James described this as a completely enveloping the object with your mind. On the other hand, other people might know by means of an “external chain” of physical or mental intermediaries that connect thought and object.

James argued that the intuitive method of knowledge was direct apprehension. He stated that there was no intermediary in this process. The truth for intuitive knowledge was a matter of direct consciousness on the flow of experience. On the other hand, with regard to conceptual or representative knowledge, knowing that a belief is truth is “to lead to it through a context which the world provides”.

For James, truth isn’t an inherent or immutable property of ideas. Instead, it’s an occurrence within an idea depending on its verifiability. Verifiability, then, consists of a pleasant feeling of harmony and progress in the succession of ideas and events. In other words, when you have certain ideas, these follow one after another and adapt to each previous event in the reality you experience.

These true ideas fulfill a fundamental role. They’re useful tools for individuals because they allow them to guide themselves through reality. That’s why having these ideas is of practical benefit. It provides a method of satisfying other life needs. So, for James, truth was useful. It provided a benefit through life that deserves to be conserved.

Pragmatic Theory and the Truth

William James’ conception of the truth is framed within the pragmatic theories of truth. These theories are further framed within philosophical pragmatism. Charles Sanders Peirce, William James, and John Dewey first proposed pragmatic theories of truth. The common characteristics of these theories are confidence in the maximum pragmatism as a way of clearing up different meanings of different concepts such as truth. They also emphasize that belief, assurance, knowledge, and truth are the result of investigation.

James’ pragmatic theory is a synthesis of the correspondence theory of truth and the coherence theory of truth with an added dimension. That is to say, truth is verifiable to the extent that thoughts and affirmations correspond to real things. That’s how things coalesce or adapt. They’re like the pieces of a jigsaw puzzle that fit together. These are then verified by the results people observe when they apply an idea in real life.

James said that all of these processes should lead to direct verification of the sensory experiences in some place. He also proposed a pragmatic idea that went far beyond scientific verifiability. He even dabbled in the realm of the mystical. According to James, “This thoroughly ‘pragmatic’ view of religion has usually been taken as a matter of course by common men. They have interpolated divine miracles into the field of nature”.

“Truth, as any dictionary will tell you, is a property of certain of our ideas. It means their ’agreement,’ as falsity means their disagreement, with ’reality.’ Pragmatists and intellectualists both accept this definition as a matter of course. They begin to quarrel only after the question is raised as to what may precisely be meant by the term ’agreement,’ and what by the term ’reality,’ when reality is taken as something for our ideas to agree with.”

Unspoken Agreements Can Have Bad Consequences
There are a whole bunch of societal and cultural mechanisms that allow us to leave messages up in the air, such as implicit or unspoken agreements. Read more »
Link copied!
Interesting Articles
Theories
Three Work Motivation Theories