Jacques Lacan and the Structure of the Unconscious

Lacan was a faithful defender or Freudian structuralism. Over the course of his career, he focused on the development of the theory of the unconscious. Read on to learn more! 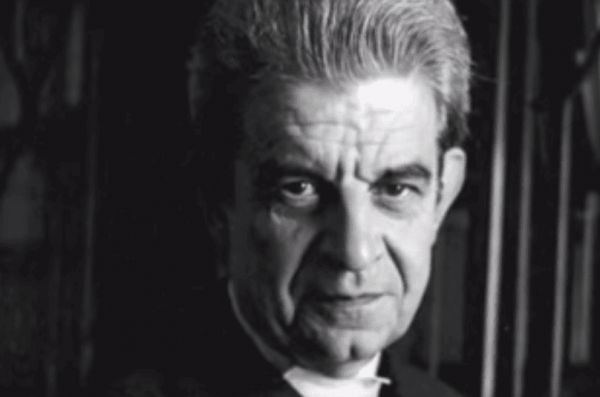 Jacques Marie Emile Lacan was an important figure in the Parisian intellectual community for a good part of the 20th century. His name is often related to psychoanalysis.

He wrote and taught about the importance Freud’s discovery of the unconscious. He explored the concept from the context of the theory and practice of analysis in and of itself, as well as its connection to a broad range of disciplines.

For those interested in the philosophical dimensions of Freudian thought, Lacan’s work is invaluable. In the last century, Lacanian ideas became the center of different psychoanalytical discussions in philosophical circles.

Jacques Lacan was born on April 13th, 1901. He was the first son of a prosperous and bourgeois family. His parents, Alfred Lacan and Emilie Baudry, belonged to a solidly Catholic family.

In 1907, Lacan enrolled in the prestigious College Stanislas, a Marista school that served the Parisian bourgeoisie. There, he received a solid elementary and middle school education with a strong religious and traditionalist focus. He finished school in 1919 and started developing his philosophical beliefs.

Although Lacan’s first publications came out at the end of 1920, his editorial activity didn’t really take off until the next decade. The 1930s saw the first Lacanian milestones:

The 1930s were crucial years for Lacan’s development. His youth was marked by a clash of interests and influences related to psychoanalysis, psychiatry, philosophy, art, and literature, among other things.

This period also marked the beginning of a strong interdisciplinary element to Lacan’s work. Not only did he study Freudian analysis, but he also considered the Hegelian dialectic and the Kojevian pedagogy. Lacan made his own contribution to these three perspectives. He added the different experiences of ‘insanity’ from numerous perspectives.

The 1940s were crucial for Lacan’s journey. During this decade, he became a great analytical thinker. In this period, he produced a lot of written material, including seven annual seminaries and many of his most well-known essays.

After the war, Lacan learned about Ferdinand de Saussure’s structuralism and its followers, such as Claude Levi-Strauss and Roman Jakobson.

Scholars agree that Levi-Strauss’s book, The Structural Elements of Parentage, helped launch the structuralist movement in France. This movement flourished during the 1950s and 60s and challenged the theoretical supremacy of existentialism.

This change in French social theory led to a fundamental reorientation in Lacan’s worldview. In spite of having modified this focus, however, Lacan stayed faithful to Freudian Structuralist Psychoanalysis.

Lacan painted himself as the only defender of an orthodox Freudianism. He firmly believed that recovering the meaning of language for analysis was key to get to Freud’s revolutionary focus on psychic subjectivity.

Lacan spelled out all of these ideas and established “Lacanism” in his extensive manifesto titled: “The Function and Field of Speech and Language in Psychoanalysis”.

In 1980, close to the end of his life, Lacan decided that it was appropriate to close his school, Ecole Freudienne. This was a controversial decision that led to internal conflicts among his followers.

Lacan didn’t have much of a chance to participate in these discussions, however, because he died in 1981. His son-in-law and editor of Le Seminiaire,” Jacques-Alain Miller, reopened the school.

Language and cultural codes according to Jacques Lacan

Jacques Lacan gave us the idea that “the unconscious is the discourse of the other”, understanding “the other” as everything that’s completely distant and beyond the self. The other is the environment you’re born into, the thing you have to “translate” in order to survive and prosper.

In your life, you gradually acquire awareness and understanding of a series of signifiers. Signifiers are signs or codes that represent concepts and ideas.

These signifiers can only reach us from the external world. That’s why they must have been part of the language or “discourse”, in Lacan’s terms, the “other”.

According to Lacan, you can only express the ideas and emotions that you have through language. The only language you can use to express yourself, then, is the language of the other.

Your unconscious generates feelings and images constructed based on the language of the other. That’s why Lacan says “the unconscious is the discourse of the “other”.

In conclusion, Lacanian theories have had a significant influence on psychoanalytic practice. They have also made a more objective and open interpretation of the unconscious possible.

Freud and Other Atheists Who Changed the World
wildest controversies of all time. When people are asked about the idea of God, they tend to label themselves as either atheists, agnostics, or believers. Read more »
Link copied!
Interesting Articles
Biographies
Miguel de Cervantes: Biography of a Genius