Self-Injury: What Is Behind It? 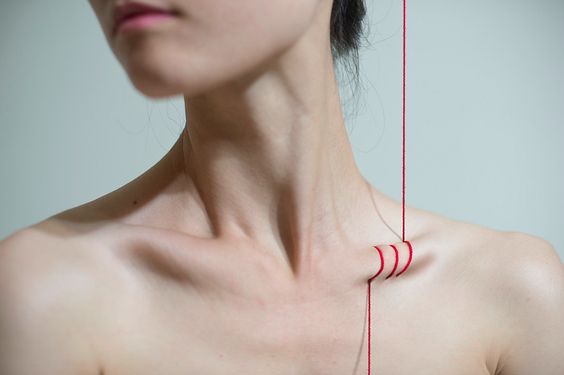 You take the steel blade of a pencil sharpener, a razor, scissors or even your own nails and you draw lines on your forearm, abdomen, thighs. Self-injury is for many an escape route from their emotional pain, a way to fill the void, but most of all, a sign of poor mental health.

The first question that comes to mind when we see these marks, some recent, but others testifying to a long history of self-injury practice, is “why”. Why would someone want to hurt themselves intentionally? Sometimes they’re cuts, sometimes they’re burns, and sometimes they’re repeated scratches.

The answer to this question is complicated. First of all, though many people with the disorder are young, there are more adults who deal with it than we think. And we cannot ignore a growing and alarming phenomenon: the impact that self-harm has on social networks and how contagious it among teens.

It should also be noted that although in the fourth version of the “Diagnostic and Statistical Manual of Mental Disorders” (DSM), self-injurious behaviors were seen as a symptom and not as a disorder, in its fifth edition it is now considered an independent condition with its own symptoms. That said, it may coexist with other disorders, such as mood, anxiety, and eating disorders.

The American Psychiatric Association talks about a “non-suicidal disorder by self-harm.” They define it as a strategy in which pain serves as a catharsis to relieve negative emotions and feelings of loneliness, emptiness, isolation, to distract oneself from other problems, reduce feelings of anger, release tension, or control agitated thoughts.

Self-injury, a poor way to deal with emotional pain

Something that many experts question about the clinical definition of self-injury is if it’s actually a non-suicidal behavior. After all, between 50 and 70% of people who self-harm have attempted or will attempt suicide at some point.

Maybe the purpose of these cuts, burns, or lacerations, isn’t to take your own life. But behind this behavior are thought processes and bad feelings that may drift that way. Each case is unique, each person has their own, unique characteristics.

Self-harm is just the tip of the iceberg of a hidden social phenomenon that is getting worse and deserves our attention. Authorities and social organizations should also be more attentive and interested in finding out what’s behind it all.

“When I cut myself, all of the bad things go away and I relax”. That’s what adolescents between 12 and 18 who practice cutting or self-injury often say. This form of self-sabotage and self-destruction is a poor adaptation to stress and the challenges of life. In other words, the behavior is almost the same as an addict who uses to “forget”.

Sure, these wounds may only be superficial cuts and these young people don’t usually have borderline personality disorder. But many of them do have emotional, relational and school problems, low self-esteem and a distorted body image. Some professionals believe that it’s often a way of “getting attention” or expressing their pain. But we say that it’s a much bigger problem.

How to deal with self-injury

Marcos is 56 years old. He is a professional with a very stressful work life and there’s something that’s a big strange about him. In the summer he always wears long sleeves, and always carefully buttoned . However, if the sleeves of his shirt were to be rolled up, a whole map of horizontal wounds and old scars would be evident.

“Every soul has its scrapes”
-Doménico Cieri Estrada-

Marcos is not alone. In fact, according to the universities of Oxford, Manchester and Leeds, for every 100,000 inhabitants there are 65 adults who self-injure. This fact is very significant because suicide risk in these cases is very high.

If we ask now what’s behind these behaviors, the answer is simple. Intense and persistent negative emotions, harsh self-criticism and great difficulty in expressing and managing one’s emotions.

Approaching self-injury disorder involves knowing first of all what’s behind the behavior. There may be hidden disorders: eating disorders, depression, obsessive-compulsive disorder, anxiety disorders. Only a professional can diagnose them.

Also, despite the fact that inpatient treatment is a recommendation in many cases, this option should be a last resort. This is especially true when there is already suicidal behavior or thoughts. Cognitive-behavioral therapy, for example, is highly effective in these cases. It reduces self-harm, suicidal thoughts and symptoms of depression and anxiety.

Finally, other good approaches include family therapy, group therapy, and therapies based on full consciousness. Dialectical behavioral therapy can work as well. Here, the patient learns how to handle frustration, regulate their emotions and improve their relationships.

The Blue Whale Game: Suicide and Children
There are too many children committing suicide because of the awful blue whale game, but there's a new initiative that asks, do you want a blue or pink whale? Read more »
Link copied!
Interesting Articles
Wellness
Postmodern Loneliness and Myths about Love

Postmodern loneliness is the result of the concept of individualism being seen as very important for a long time now.…

Chaos, uncertainty, instability, unforeseen events, hyperconnection, loneliness, anxiety... We could use any one of these terms to describe human society…

I love you like I love the stars in the sky; I know that they're not mine, but they give light…

Wellness
Living With a Mother's Pain Is Hard for a Child