You Can Find Relief from Depression Symptoms in 5 Minutes 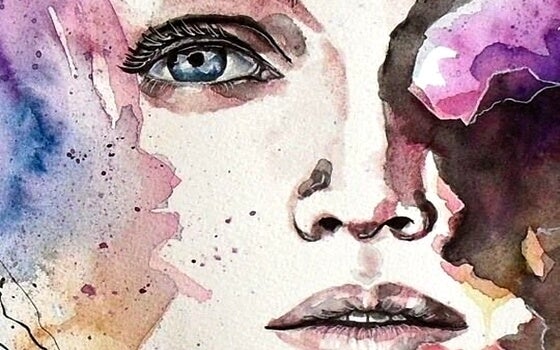 Depression symptoms are obvious in some cases, but not so much in others. Sometimes, neither the individual nor those around them know the person has depression.

This happens especially with children and the elderly. The opposite happens though, too. Everyone labels someone who’s temporarily sad or down as depressed, even if it’s not necessarily true.

When we talk about depression, we’re talking about a mental condition that goes beyond the limits of normal sadness. It’s not a state that sprouts up overnight.

Actually, in a lot of cases it takes years to fully manifest. Although there are compromised elements, variables, structures, or neurophysiological factors, depression doesn’t always originate from these things. It could also be, and in many cases it is, the cause of those things.

“You can’t stop the bird of sadness from flying over your head, but you can stop it from making a nest on your head. ”

Typical depression symptoms include pessimism, sadness, irritability, and fatigue or a lack of energy. There are also feelings of powerlessness and a rejection of one’s self-image.

Thoughts and feelings associated with abandonment, blame, and a need for protection also crop up.

There are depression symptoms that are much less obvious. They generally correspond to people who detect the situation “pre-consciously.”

This means that they manage to realize there’s something that’s not working. But, they aren’t able to identify the problem precisely, or give it due importance.

What they do is develop certain behaviors that will let them ignore or hide it.

One depression symptom is strange eating or sleeping habits. For example, when people are overly picky about what they eat and get grossed out by food a lot.

Or the people who have chaotic eating schedules, and sometimes don’t eat for more time than usual. This happens to the other extreme, too. People who fill up the emptiness they’re feeling by eating endlessly.

Another hidden symptom of people with depression might be discomfort with projecting happiness they don’t feel and that deep down other people don’t believe either.

Also, when it comes to their social behavior, we could say they mingle with everyone, but avoid real intimacy. They don’t spend much time with others, and always have excuses not to go to a get-together.

Also, another hidden depression symptom has to do with emotional sensitivity. This sensitivity might have them really “on edge.” This means their happiness is out of proportion in the few moments when they’re happy.

On top of this, they get enraged by things that other people, or they themselves in any other moment, wouldn’t notice. They cry in situations that don’t really merit it. These things might mean hidden depression.

In 2007, researchers at the University of Essex carried out an experiment to evaluate the effect of nature on mood.

It came from the idea that being around a natural setting improves our attitude. But, they discovered that the impact was much bigger than they’d guessed in their early hypotheses.

The experts concluded that, in just 5 minutes, contact with nature managed to reduce depression symptoms up to 70%.

We all intuitively know that if we’re feeling low, it’s not a good idea to stay cooped up inside. What we didn’t know is that the perfect place to work through negative emotions is a forest, garden, or any place where there’s nature and life. We also didn’t know it only takes 5 minutes.

Nowadays there are movements people have defined as “ecotherapies.” They defend how much getting in touch with nature can clear things up for us.

Several studies have proven that being in a more pure environment for a small amount of time, and leaving problems behind, recharges our energy.

When depression symptoms appear, whether typical or subtle, it’s worth making nature a part of formal therapy. You just have to find a green space and stay in it for at least five minutes.

Pleasant contact with other forms of life activates a feeling of well-being and helps restore our emotional balance. It doesn’t cost anything and hardly takes any time. Give it a try!

Connecting with Nature Makes You Happier
Nature is wise. It has provided us with the mechanisms, instincts, and impulses we need to survive and be happy. At the end of the day, this is all we Read more »
Link copied!
Interesting Articles
Theories
Axel Honneth's Theory of Recognition

Psychology
What is An Antidepressant Mind?

Depression is a common ailment that affects many people. It is a silent problem that we often fail to identify because it does not manifest…

Psychology
You Are Not Your Experiences, But What You Learn From Them

A major cause of distress is often the following: we identify so much with certain experiences that there comes a…

Psychology
The 5 Types of Procrastination

Some sayings we have in English aren't exactly right. In fact, there are plenty that are completely false, but others…