Your Resentment Will Not Make Me Feel Guilty 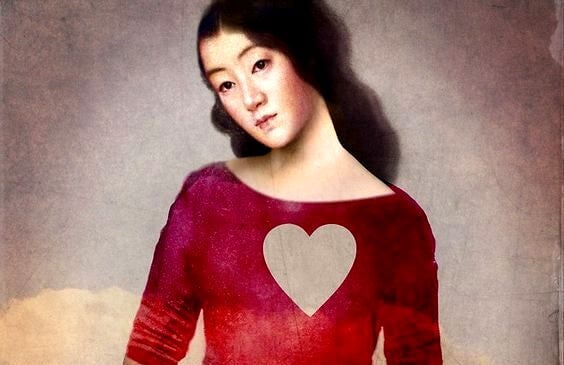 Who hasn’t experienced a persistent feeling of disgust or anger towards someone for blaming them for a particular offense or harm? In other words, who hasn’t felt resentment? When this feeling is deep-rooted and aggravated, it can end up producing hatred.

These feelings can result in anything from a slight annoyance to a deep animosity that can make it difficult or impossible to have a relationship with the offender. Resentment is an attenuated type of revenge. If it seeks to cause harm, it’s not exactly to mortify or damage, but to achieve the satisfaction of control over the situation or person that couldn’t be controlled.

Resentment is a poison that I take willingly, hoping it will cause harm to the other person.

When resentment changes your perspective

Resentment is one of the most powerful filters of the human mind. When resentment influences your emotions, you only focus on the negative aspects of the person who you believe has caused you harm, skewing the positive and emphasizing their unfavorable characteristics.

Resentment acts as a shield against pain, returning the emotional control that you’ve lost. Therefore, this is how you should understand the resentment felt towards you when you haven’t done the things the other person says you’ve done. You have also believed that others did things they didn’t do, feeling offended or hurt when that wasn’t the case.

When you reflect on it, resentment is a personal evaluation of what others have done to you, and evaluations change depending on the perspective you’re looking through. You’ll only be able to see the reality of people and the positive things they’ve contributed to you when you reject this emotional state and everything it involves. The good they’ve done is just as real as the harm they’ve caused.

In order to live free from conflict, it’s necessary to swap out the filters of resentment, because there’s no filter more dangerous than this one. If you have to choose a filter to look through, let it be one of affection. It might be just as distorted, but I assure you it will be more productive and will make both you and the person you’re looking at feel better.

“[Resentment comes] from blaming others and not taking responsibility for our own experiences.”

Is someone making you feel guilty? Put an end to manipulation

Provoking guilt in another person to make them behave the way you want is a form of manipulation as old as time. Culturally, we’ve been taught that when we make a mistake, we must be punished, and what better way to provoke guilt in others than using resentment?

When you believe that guilt demands punishment or compensation at any cost, the emotional cycle of guilt ends up turning into an emotional maze. This emotional maze strengthens the person who uses their resentment to make you feel so guilty that you fall for their manipulation without realizing.

If you feel guilty over something you’ve done or stopped doing, you won’t be living your life authentically. You’ll be living out of obligation, according to what other people want from you, giving up your own interests on the way.

Obviously we all make mistakes that we’re not particularly proud of, but constantly looking back at the past and recriminating yourself for the same mistakes is an unnecessary waste of energy that won’t do you any good.

In order to stop feeling guilty, you have to take control of your life and your thoughts, without judging yourself through the filters of resentment or the distorted opinions that others have of you.

A disorganized soul bears the pain of guilt.

7 Ways to Identify a Master Manipulator

Link copied!
Interesting Articles
Psychology
Do You Know What Thought Stopping Is?

Brooding or obsessive thoughts come into your head out of fear and worry. You turn them over and over in…

Educational Psychology
Seven Keys to Teaching Your Children How to Share

It happens to all of us. The day is over and we don't know how time went by so quickly. Maybe we haven't gotten far enough along in something we needed to do,…