Have you tried to introduce a new habit into your life but failed? If this is true, you may lack the psychological skills you need to acquire new habits. 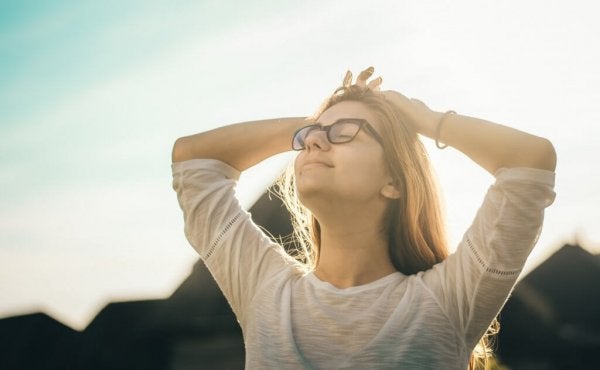 The new year began and you’ve been trying to follow up on your resolutions. You’ve been trying to go to the gym, follow a healthier diet, and even practice meditation. However, your motivation faded within two weeks, even though you tried really hard. Although you may not know it, you need to acquire some psychological skills that’ll help you acquire new habits.

To avoid failing every time you try to develop a new habit, you must take into account the four psychological skills we listed below. This is because they’ll allow you to know from the beginning if you have a chance at succeeding in your new habit or if you’ll fail as you did before.

The first of the psychological skills: is the habit aligned with your innermost desires?

One of the first psychological skills for acquiring new habits is to examine whether you really want to include them in your life or not. Maybe you don’t want to join a gym but made it your goal merely because it’s an important trend for other people.

Before considering any new goal or habit, you must take the time to know if it’s aligned with what you want. Does it even fit your lifestyle? Is it something you want or something others are pressuring you into? You can write about it in a journal and then return to it later. This will help you clarify your ideas if you’re confused about it.

If you strive to adopt a habit that you don’t really want to adopt, you’ll only be wasting your time.

Analyze your thoughts and feelings

Once you know how to distinguish between the habits you want to adopt and the ones you don’t, think about what’ll happen when you adopt a new habit. What are your thoughts and feelings about it? You may be lazy, tired, and even afraid. But even though you may not be able to identify your emotions too well, you’re definitely aware it’s something unpleasant. Not only that but it makes you give up almost immediately.

To use this psychological skill, you must stop, allow yourself to feel that emotion, and then write it in your journal. You’ll be able to explain what you can do to appease it afterward. Are you distracted by the television? Are you eating snacks instead of going out for a walk? This is very important because you’ll be able to detect the traps you’re falling into as you try to avoid adopting a new habit.

Another of the psychological skills: take action without excuses

Now that you know the habits that align with what you want and, also, the traps that you usually fall into, it’s important that you take action. This is because it’s useless to keep thinking about something you want very badly if you won’t follow up on it in the end.

At this point, you should do so despite all the emotions that may urge you to stay home instead of going to the gym or postponing the alarm that’s telling you it’s time to meditate.

Keep in mind the reasons why you’re trying to include this new habit in your life. Go back to your journal and review what you wrote. Does this new habit align with your wishes or not? Then, take action either way. The feeling of well-being that will invade you after doing what you really want will be very gratifying.

Understand that you’ll fail more than once

It’s important for you to be clear that acquiring new habits requires practice. Thus, don’t punish yourself for failing. You’re human and can learn to try again in a better way thanks to what you learned from your mistakes. Thus, be aware that you might try to start a new habit multiple times.

It’s possible that the habit you’ve had such a hard time incorporating is already beginning to be present in your daily life if you take into account these psychological skills. If you manage to keep it long enough, about a month, it’ll become a part of your daily routine. Thus, you’ll do it automatically. It’ll be just like washing your hands before you cook!

Adopting new habits is always difficult. When you try to include something new in your established routine, it seems that your unconscious will do everything it can to avoid it. However, it’s all a matter of persistence. Have you adopted any new habits lately?

Three Healthy Habits You Should Adopt
Incorporating regular physical exercise into your day to day is one one of the most highly recommended healthy habits. Read more here! Read more »
Link copied!
Interesting Articles
Healthy Habits
Change Your Thoughts by Changing What You Do

To eat mindfully, you have to examine your eating habits. It's also important to control your eating-related thoughts and emotions. Following a smart diet will allow you to better enjoy…

Buddhism claims that four communication principles must be preserved in order to reach harmony among human beings. This approach doesn't…

Healthy Habits
The Psychological Benefits of Living in a Rural Setting

Living in a rural setting is becoming more and more popular due to its benefits. Weekend escapes to nature are…