The Habit Web - Are You Losing Opportunities?

Habits aren't a bad thing, what's bad is getting caught in the habit web and staying there. When it happens, you might end up numbing yourself, not only emotionally but also intellectually. Also, you might become fearful and learn to ignore the array of possibilities you have for growth and change. 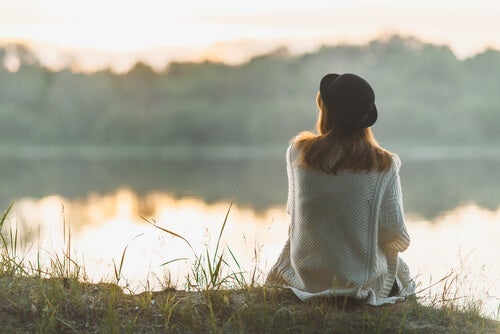 The habit web is a trap. What this means is that habits have very subtle threads that give you support at first, but then trap you and start limiting your movements. Of course, over time, you learned to balance the damage these caused you, along with the benefits they brought into your life. And so you stayed on that mode indefinitely.

The human brain is a fabulous organ that’s primarily designed for creating. Because, creation is, in essence, the path that intelligence uses for problem-solving. Mental faculties and the emotional world are at their maximum in light of difficulty.

“Habit is a cable; we weave a thread of it each day, and at last we can’t break it.”

Habits are a way of defining our extent of experience. One of the main functions of routine is to reduce the range of the daily difficulties we face. It keeps us from thinking and feeling great and we’re driven by inertia.

It’s good that we don’t have to think about everything we do. However, when you get to the point where you’ve decided everything beforehand, you first get bored and then go into depression.

As we said above, our brain is made for problem-solving and novelty. Thus, avoiding them leads to intellectual and emotional consequences. So how do you know if you’re a slave of your habits? Take the following into account.

The word “urgent” implies duty. Habits often lead us to fill our lives with duties, but they’re almost always about fulfilling the needs of others, not ours. Duty compels us to act and there are many kinds: work, academic, family, emotional, ideological, etc.

The important thing here is to figure out what really determines your life’s well-being and satisfaction. For instance, spending quality time with those we love. Or reflecting about anything that bugs you and trying to figure out why because you seldom make time for that.

You often think that you should settle for what’s there

When you’re trapped in the habit web, you might perceive discomfort. You may be annoyed by routine even though it allows you to plan and organize everything.

In spite of it, you make sure to silence that voice that tells you that something’s wrong. Many times, you might end up telling yourself that “it is what it is”, which is why you must accept it and deal with it. You alone feed that conformism and, most likely, ideas and premises (such as “it’s the adult thing to do”) that aren’t always as reasonable as they seem.

The habit web and your fear of taking risks

One of the most harmful side-effects of habits os that they gradually make you afraid. You end up being afraid of everything unfamiliar or anything that implies some kind of challenge or change or novelty without even noticing it.

It all becomes automatic. Every time you confront a new situation, your alarms go off as if there was a threat. You don’t approach change with enthusiasm and curiosity, but with alertness and fear. You lose your openness to new experiences.

There are times when you may long for something different even if you’re trapped in a habit web. You might think that, perhaps, you would go further or feel alive if you did this or that. If you only dared to change or undertake a new activity.

The problem is that you almost always end up putting aside your dreams and projects. You’re always waiting for more favorable conditions or for an opportunity to present itself or for certain conditions to arise, etc. However, most likely, those dreams and desires will stay aside forever in the end.

The lack of interest prevails

Boredom is one of the clear signs that you’re trapped in a habit web. It manifests as a feeling of disinterest in everything. Furthermore, nothing excites you enough and you aren’t passionate about anything.

You’re no longer vibrant and your flat emotions predominate. Thus, without being fully aware of it, you began to live as if you were just “passing time”. You end up assuming that state as if it was normal and logical when it isn’t.

Habit is a very powerful force. It isn’t negative in itself, as it contributes to your overall stability. But it becomes a web that catches and suffocates you when it takes over your life. Don’t give in to it. Begin making small changes such as taking a different route or eating something different. They’re great ways to start getting out of that web.

How Long Does it Take to Form a Habit?
It may take over 60 days to form a habit, but if you really want it, it's well worth the effort. Read all about this here! Read more »

Personal Development
Debate Skills - The Art of Making a Point

Different opinions are natural elements of social relationships. You can see people debating in various contexts such as social networks,…