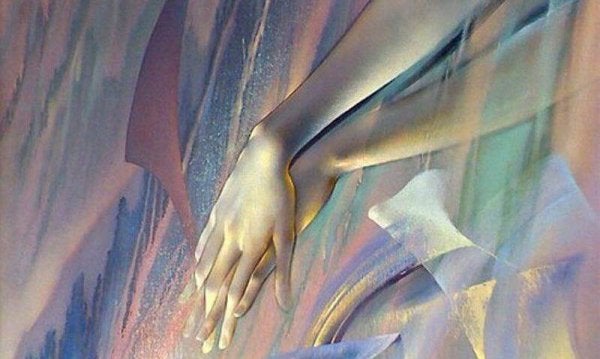 Forgiveness is a complex process that demands the use of many emotional resources. It hardly ever occurs spontaneously, especially if the wound is deep. It’s often very difficult to forgive, but resentment can end up seriously affecting your health and well-being.

Sometimes it seems like physical pain has no explanation, but that’s not it. Imagine how much bodily pain is actually caused by one’s mind and emotions.

Doctor’s offices are often packed with people seeking relief for this pain, and most of the time they only end up with a prescription that masks the symptoms. The problem is that, when the cause of the symptoms isn’t obvious, and the symptoms aren’t too concerning, they don’t tend to dedicate many resources to finding the origin.

“Let’s teach others to forgive, but let’s also teach them to not offend. That would be more efficient.”

Everything in the mind has repercussions on the body. The reason for this is simple: basically the entire body is associated with the nervous system, which is responsible for perceiving and processing emotions. So when emotions and/or thoughts are altered or not processed, they manifest in the same way.

Often, they manifest as physical irritation or pain on some part of the body. This pain has no identifiable cause, and there’s no evidence of a physical change. This can worry the patient, but it can also worry the doctor if they’re not familiar with functional diseases.

The body and forgiveness

Studies on the subject have been able to establish a clear link between physical pain and emotional processes like forgiveness. We’re talking about forgiveness because it’s a complex emotional process that involves very powerful emotions that are difficult to digest. It’s related to anger, sadness, paranoia, and resentment. Therefore, it can cause serious emotional harm, but it can also manifest as physical pain.

The body speaks when words can’t. Not forgiving is living in the past, bound to a feeling that won’t evolve. This masked resentment sits and feeds into itself in a very negative way. Some say that it’s like holding burning coal in one’s hands, waiting for the right moment to throw it at the person for whom the resentment is felt. It causes more harm to the person holding it than the person it’s thrown at.

Some organs in the body in particular are related to the effects of withheld forgiveness. The throat, the respiratory system, the neck, the ankles, the back, and many others, are parts of the body that, when they hurt for no apparent reason, can indicate that the process of forgiveness hasn’t been completed.

The map of forgiveness in the body

It’s good to be attentive to physical pains that appear and disappear repeatedly, without a specific reason. This likely indicates unresolved emotions, in particular, forgiveness that hasn’t been granted. This is how the body talks about forgiveness.

The body is like a map where you can follow the route of the emotions contained within it that haven’t been expressed. We are neither just an organism, nor just a mind. The mind and body are united; they complement and influence each other. So when you feel physical pain, you should always reflect on the emotional component that might be associated with it.

Every Day There Is Something to Forgive, Learn and Give Thanks For

Link copied!
Interesting Articles
Wellness
She Turned On the Music to Turn Off Her Life

Tired of hearing constant criticism and drowning in tears, she decided to turn on the music to turn off her…

Wellness
Anxiety: Living for the Future

Do you have any habits in your daily routine that enhance your charisma? As Paul Rand said, "how something is…

Emotional wounds are spread through family ties almost ruthlessly. They are like a shade that is camouflaged by words in…

Wellness
Sensitivity: The Most Elegant Kind of Intelligence

My sensitivity gives me away. If I let tears fall down my face in front of someone else, I feel vulnerable. If…