3 Ways Parental Control Can Cause Harm 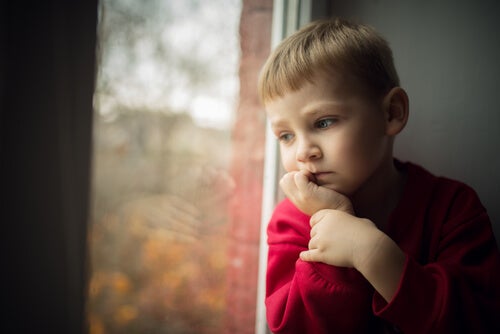 The goal of a good upbringing is to transmit the best values and customs to the child while they mature and prepare for autonomy. Parents must never forget that this is the ultimate goal, and that the process must be gradual.

However, some parents, afraid of the danger that they perceive in the world, abuse their parental control to protect their children and keep them away from any potential threats, real or imaginary. These fears, and they way they face them, often have to do with the way they were raised as children.

There’s no doubt that controlling our children is really tempting. After all, it’s much easier to survive each day this way. People don’t say “it’s better to prevent than to cure,” for nothing. But nobody said that raising children was easy or comfortable. In fact, it gets harder and harder. Parents have to compete with an infinite number of external factors that are out of their control. But developing an obsession with control is not the best way to handle this.

Even though a little bit of control is good, obsessing over it is not only harmful to children, it’s also harmful to parents, who carry a great weight, a great responsibility, and worst of all, a great sense of guilt on their shoulders.

Your child will rebel

Children need a certain level of freedom. If you try to control every aspect of their lives, they’ll reclaim their autonomy more and more forcefully and probably less reasonably. If parents insist on controlling what their children play with, what clothes they wear, what books they read, and other aspects of their lives, the child will rebel sooner or later.

Obviously, as a parent, you have to supervise certain things and guide your children, making sure they make appropriate decisions. But there’s a difference between guiding them and always imposing your own criteria on them. Let them make their own decisions, and if you don’t agree with them, ask them to justify their decision. If you think their decision is misguided, orient them in the right direction, help them make a better decision, and make them consider the consequences of their decisions. Let them suffer those consequences, as long as it doesn’t put their health and safety in danger.

If you constantly control what your child does and turn them into your shadow, they’ll probably be less creative as a result. If people as important as their parents don’t validate their decisions, they’ll feel insecure when they inevitably do have to make them, and they’ll just let time decide for them if nobody else encourages them to move forward with what they’ve chosen.

If this doesn’t seem that important to you, maybe it’s because you think creativity is useless, or that it only serves to create beautiful drawings, write amazing novels, or decorate houses tastefully. But being creative is much more than that.

Creativity is the ability to find different solutions to problems that have been raised, to reframe those problems, to see things differently. If you’re creative, not only can you do great things, but you can also be great, really great. You can overcome adversity and be whatever you want to be. Would you deny that to your child?

Don’t tell them how to do things well. Give them a chance to find a solution. Let them find different ways to pose, focus on, and solve problems. And if they do solve a problem, what does it matter how they did it? What’s important is that they did it, and they came up with their own solution. Understand that they can be right sometimes and that they might even have a more advantageous point of view than you.

Your child will become a nervous person

Excessive control will put their mind in a small cage in which they can barely move. Imagine yourself locked, without knowing why, in a 15 x 15 room that you can’t escape from.

How long would it be before you started to pace anxiously, trying to escape? This is the kind of anxiety that your child would experience if you tried to control them every minute of the day, if you tried to organize their every moment, if you didn’t give them space to themselves.

Just because you think you have everything under control, doesn’t mean you do. When the door of the room opens because your child is too big to be contained by it, when he throws it down to the ground, you’ll see that you weren’t controlling anything at all. You’ll see that the person crossing the threshold is a nervous person, eager to do just the opposite of what you said, but unable to decide coherently.

7 Ways to Encourage Gratitude in Children

Psychology
6 Tips For Being Around Hypersensitive People

Hypersensitive people are extremely intuitive. They feel everything more intensely, and pick up on emotions more quickly than other people. This…

Psychology
Everyone Loves a Sincere "How Are You?"

A "how are you?" accompanied by a sincere smile and a welcoming look is therapeutic. Sometimes it's all you need. Sometimes…

Female anorgasmia is a problem that affects many women, causing great psychological and emotional discomfort. In the past, people's sexual…