Is it Possible to Change Your Personality?

We've all wondered whether it's possible to change our personality. Today, we're going to give you an answer to this question. 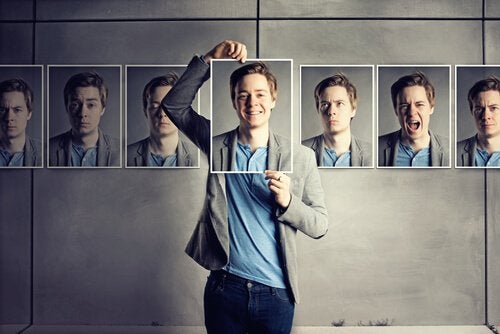 We’ve all probably wanted to change certain parts of our personality at some point. There are many reasons for that, but the main one is that there’s something about the way we interact with the world that we don’t like about ourselves.

But before we get into changes, we need to talk about what makes change possible in the first place: personality isn’t fixed. We also need to bust the myth that personality doesn’t become more fixed as you age. People think that because certain patterns tend to become more ingrained with age, they’re harder to eradicate.

Instead, you should think of personality as something dynamic, something that can change. The main question is whether you’re changing on purpose or perhaps as a result of other circumstances.

What exactly is personality?

Personality is a series of psychological traits that includes all or most of our emotions and perceptions. It’s a structure that shapes your behavior and the way you interact with other people and yourself.

There are some other connotations to this, too. Personality is also your self-image and the image you present to the world. In this sense, personality is like the mask you show everyone else. It’s a sort of strategy you use to hide certain things about yourself to achieve social acceptance.

In fact, the word “person” comes from the Latin word “persona,” which means an actor’s mask. Actors in ancient times used masks to be able to portray several characters in the same play.

When you need to change your personality

Like we mentioned above, getting older can make it harder to change because your personality is more deeply rooted. But that doesn’t mean you can’t make any changes once you’re old, unlike many people think.

We’ve all heard people say things such as “This is the way I am” or “I’m too old to change.” This is partially true in some cases, but every single one of us can change parts of our personality if we make an effort.

Making these kinds of changes is actually a therapeutic necessity for people with a personality disorder. These are people who have a series of behavioral patterns and psychological mechanisms that cause major problems for them or those around them.

Those problems generally lead to suffering, anxiety, aggressiveness, loss of self-control, and disenchantment, among other things. Personality disorders also impact their relationships with other people and can make it harder for them to integrate into society, which ends up leading them to isolation and solitude.

It is possible to change your personality, but it isn’t easy

Changing your personality is hard. Uprooting and replacing your behavioral patterns with others takes a lot of resources, including motivation and time.

You also have to remember that these patterns form by the repetition of the same behavior in similar situations. For example, some people have behavioral patterns that involve avoiding and running away from things.

These people either try to avoid having the situation arise the first place or run away if they weren’t able to predict it. It’s hard for them to stop, even though they know that it’s going to harm them.

In the short-term, they avoid pain and suffering by running away from their problems. But this behavior can lead to bigger problems later on, and they might even feel unable to lead a normal life.

You change your personality by throwing out old psychological mechanisms

Changing your personality generally involves eradicating certain mechanisms and replacing them with healthier patterns over time.

Going back to the last example, this person would have to start confronting their problems head-on. Doing that will make them feel like they’re really capable of overcoming things. It also boosts their confidence. The process helps them learn to face challenges and realize that they have the power to direct their personal growth.

It’s also worth remembering that it’s easier to change your personality by focusing on concrete goals. Thus, it can be a huge help to figure out what exactly you want to change or what the change will do (specific details). Of course, you should also get help from a therapist who can offer some tools and techniques that may help you achieve your goals.

Self-Defeating Personality Disorder
What is self-defeating personality disorder, and how does it affect those who suffer from it? What symptoms do they have and what are the signs to look for? Read more »
Link copied!
Interesting Articles
Psychology
You Can Find Relief from Depression Symptoms in 5 Minutes

Depression symptoms are obvious in some cases, but not so much in others. Sometimes, neither the individual nor those around them…

How many times has erroneous thought led us to undesirable situations? Thought can exercise a powerful force on us. It…

Pravinee Hurbungs once said "Making one person smile can change the world; maybe not the whole world, but their world".…

Psychology
How to Work Efficiently as a Team