What if Your Partner Wants to Break Up But You Don't? 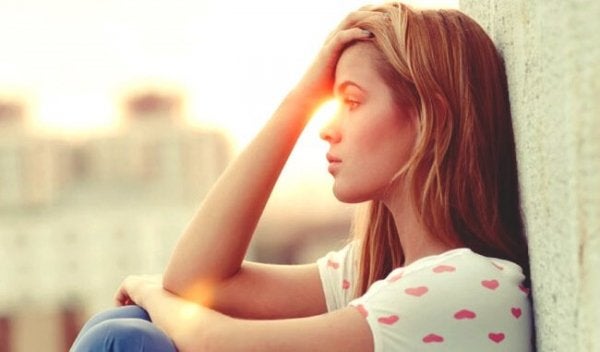 There are plenty of different things that make love blossom between two people. Some, we’re not even aware of. Well, relationships can end for plenty of different reasons too, and we’re not completely aware of all of them. Things turn really complicated when only one person wants to break up.

It’s a complex situation for both people, especially the partner who doesn’t want to end things. But there’s no need to start panicking or getting desperate. The first thing you have to do is simple: stay calm. Don’t let yourself say or do anything completely impulsive.

“Love is an endless mystery because there is no reasonable cause that could explain it.”

The next thing to do is weigh the situation. You need to really look at the things that made the other person want to end the relationship. Basically, try to figure out if it’s in its final stages. Then you can make decisions and act on them. Let’s look at this in a little more detail.

Has the relationship really ended?

A stable relationship doesn’t end overnight, but an unstable one might. So you should start by trying to determine what kind of relationship you have. Did you both make a commitment to each other?

Or was it more of an unclear thing that went back and forth between intimacy and distance? In the first version, it’s worth thinking about what happened. In the second version, it’s best not to waste your time.

There are always warning signs that come before a relationship ends. There are three basic things that can tell you if you have a strong bond, or if love has gone away. Here they are:

If you look closely at your relationship and see problems with all three of these, the best thing you can do is recognize that the relationship is over. As tough as it might seem, things have gotten so worn down that it will be hard to find solutions.

When only one person wants to break up

There are also times when there are serious issues in a relationship, but it still has some strengths. That may make one person to want to breakup, while the other person doesn’t. They think there’s still a chance to rethink things and keep moving forward together. But what do you actually do in this situation?

It’s an age-old rule with couples: there’s nothing better than talking about things. Nothing can replace it, either. It could be, and probably is, the exact thing that’s not working. Communication has broken down, but love is still there. The problem is that one partner might not handle this situation as well and rush into ending things.

It’s not exactly easy to start a conversation in these conditions. You have to find the right setting and time to talk about it calmly, without any pressure. Don’t try to solve it all in one go. Start by bringing back the possibility of talking to each other. You can have a special dinner or go out together, for example.

But what if there’s nothing you can do?

Sometimes even when love is there and you’ve tried to talk again, the other person still wants to break up. That means there’s nothing you can do.You can’t pressure them into seeing things your way. Doing that just creates even more distance and unnecessarily wears you both down.

If someone wants to leave, you have to let them go. It doesn’t matter if you don’t understand exactly why, or if you think they’re wrong. You just can’t force a relationship to stay alive.

That would be a big mistake, and it would really deteriorate your bond. So at this point it’s really good time to say goodbye. Don’t worry about what’s going to happen a week, a month, or a year from now, just focus on the now.

It’s time for you to focus on yourself and only yourself. Don’t blame yourself, don’t try to push yourself into the future, and don’t make any decisions. Just worry about taking care of yourself and doing the things you like to do. Pick friendships back up that you had left by the wayside, change your routine… Love will come back into your life soon enough.

Sometimes It’s Patience, Not Love, that Runs Out
Sometimes it is patience, not love, that runs out. Patience, that sacred virtue that resists winds and tides and always ends up giving more than it should. Read more »
Link copied!
Interesting Articles
Emotions
The Randomness of Life: How to Accept the Unexpected

Wellness
If They Make You Wait, Let Them Go

Relationships are not meant to be postponed, and neither are feelings. So if somebody tries to mold you to their desires,…

Wellness
I'm Not Tired of Love, I'm Tired of Disappointments

Wellness
What Your Skin is Telling You

Wellness
If You Feel Lonely When You Are Alone, You're in Bad Company

Lately, I've been feeling a bit lonely, even when I'm surrounded by people who anyone would like to have near.…