Parents Who Lose Patience with Their Children

Some parents lose patience with their children for many different reasons. Any situations that decrease a person's resting time usually increase their irritability and emotional instability. 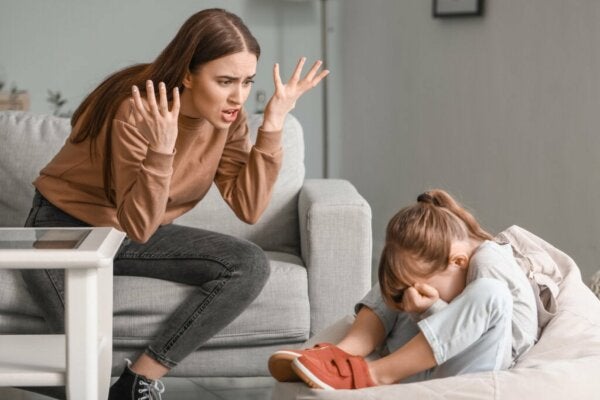 Parents often lose patience with their children, which can be really harmful to the little ones. It’s true that most of them don’t do it on purpose because they truly love their children and only want what’s best for them. Unfortunately, one doesn’t exclude the other. Especially when you become a parent without having resolved some of your own emotional problems. Also, when you lack adequate strategies to circumvent their upbringing.

It’s common for lack of patience with children to lead to unfair behaviors that parents later regret. Thus, it creates confusion in their children and, as strange as it may seem, often stimulates the very behaviors that are most intolerable to these parents.

This mainly happens with younger children, although it’s also often present with teenagers. What triggers this lack of patience with children? How can one resolve it? Continue reading to find out!

“Instead of treating your child like how you were treated. Treat them with the same love and attention you wanted from your parents while growing up.”

What’s losing patience with children about?

In short, this lack of patience with children indicates latent anger, either towards them or what they represent. In other words, impatience is a manifestation of something deeper and generates a state of discontent, frustration, and discomfort.

The reasons for this lack of patience are:

Why do people lose their patience?

The lack of patience with children is a symptom and must be seen as such. This means it isn’t the issue to resolve isn’t this, mainly what’s behind it. Identifying the cause(s) implies having to reflect and be honest with oneself.

A good starting point is to begin by thinking about the reasons that motivated the parents to be so. It isn’t always the result of a plan and it doesn’t always happen at the most appropriate time. As you can see, this can be the origin of intolerance to that person who exists and demands a place in the life of their parents.

It’s also important to reflect on the state of the parental relationship and on their emerging patterns. Where do these come from? What’s their basis? Do they really work?

Tips to control yourself when you’re about to lose patience

Self-introspection is important because it’s the only way to get to the bottom of this anger. However, you must consider some measures to moderate your lack of patience with your children in the meantime.

Try the following when you feel you’re about to lose it:

Finally, it’s important to talk to your spouse and agree on the guidelines for raising your children and the distribution of tasks. You must also learn some strategies for the proper raising of children.

Parents, You Deserve to Read This
Raising a child is not an easy task, and sometimes parents become hopeless. Read more »

Family
Sharenting: The Risks of Putting your Child on Social Media

New technologies come with new changes in how we communicate, and they can be wonderful since they allow us to…