Why Do Parents Abandon Their Children?

What could drive a parent to abandon their child? We know that abandonment leaves long-lasting scars. Thus, it's important to understand the factors at play in these situations. Keep reading to learn more. 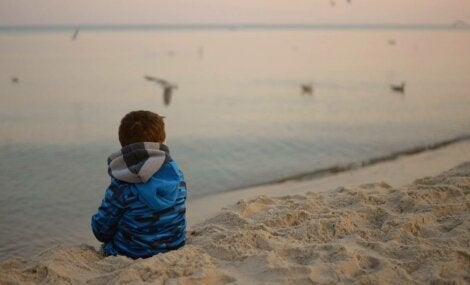 Child abandonment is a reality, and the reasons behind this tragic phenomenon are as varied and unique as the people involved in them. While it’s clear that nothing could be more devastating to a child, the motivating factors aren’t always completely incomprehensible. So why do parents abandon their children?

Poverty and a scarcity of resources are often the main factors. Some very young parents choose to put their children up for adoption or turn them over to family members. In that case, we’re not talking about abandonment in the formal sense, though some people would probably see it that way.

Child abandonment is a multi-faceted issue. The triggers, situations, and realities of each family are different and potentially traumatizing for the child. The pain of these experiences runs deep and is often permanent. Growing up without a father or a mother leaves an emotional void that’s nearly impossible to fill.

Reasons why parents abandon their children

We’ve all heard dramatic stories about real-life tragedies you wouldn’t wish on your worst enemy. In spite of the fact that we live in an “advanced” society, child abandonment still occurs.

Newborn babies still show up in unexpected places, the result of mothers who just couldn’t take it anymore and didn’t have the support to raise a child.

No two situations are alike. Some of them are understandable, while others aren’t. Whatever the case, they usually have at least one thing in common: the decision to abandon a child isn’t an impulsive one. Usually, it’s the dramatic conclusion of a long meditation and reflection process.

Let’s take a look at the most common triggers:

Poverty, marginalization, and a lack of resources are common reasons why one or both parents would choose to abandon their child. In this case, it’s crucial to identify the problem and act as quickly as possible to avoid these extremes.

Drug abuse and social marginalization tend to go hand-in-hand. If one or both parents are struggling with alcoholism, that can also lead to very difficult circumstances for children. Children with alcoholic parents tend to experience two types of abandonment.

The first occurs in the home with the neglect and violence that often comes with alcoholism. The second is physical abandonment when the parent actually leaves.

Unwanted pregnancies are another common reason for child abandonment. Rape is one possible factor, as is pregnancy in minors. Women and girls in these situations often feel alone and unsure of what to do.

Sometimes, parents react differently to an unexpected pregnancy. While one parent is excited to have the baby, the other isn’t ready. Sooner or later, they end up choosing to leave the situation altogether.

Immature parents who don’t want to be “tied down”

Some people who become parents simply don’t have the emotional maturity to deal with having a child. After all, it’s an enormous responsibility that’s almost impossible to prepare for. Even if you consciously decide to have a baby, the reality of being a parent can be completely overwhelming.

On average, child abandonment is more likely to happen before the baby’s first birthday, though it can happen anytime. Whether the child is three, five, or ten years old, a parent might choose to pick up and leave their responsibilities behind.

Relationship problems: abandonment as a way to start over

If you want to have a full understanding of child abandonment, it’s important to look at relationship problems as a potential root cause. Separations, cheating, complicated divorce proceedings, and conflicts over child support and custody sometimes become so overwhelming that a parent decides to leave.

In conclusion, the reasons why parents abandon their children are complex and often reprehensible. Clearly, there are some cases where you can understand the circumstances that lead to abandonment. In others, however, there seems to be no justifiable explanation. Whatever the case, as a society, we should do everything we can to avoid these situations.

The absence of a parent leaves an unfillable void in the life of a child, and a painful scar that lasts long into adulthood.

When Parents Fail Their Own Children
Parents fail their own children in different ways for a very simple reason: they have a distorted, non-pedagogical perspective of what affection really is. Read more »
Link copied!
Interesting Articles
Family
Family Dynamic and Eating Disorders