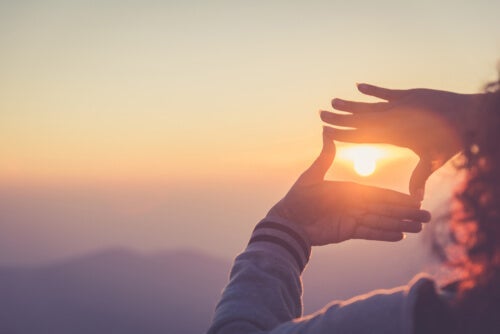 Paradise syndrome refers to how each person has a vision about how things are and, most importantly, about how they should be. When there’s a discrepancy between these premises, they need a change to close or shorten such a disharmony.

What exactly is paradise syndrome?

Human beings have an inherent tendency to meaning, that is, to find a purposeful life. The paradise syndrome discussed by Watzlawick et al (1984) refers to the discrepancy in which human beings live, between what is and what could’ve been.

Regarding this concept, authors speak of potential. In other words, discrepancy requires changes. Thus, one can deduce that humans have resources we don’t use or don’t know how to use.

Authors such as Kierkegaard, Dostoyevsky, and Camus often refer to this concept. It implies the firm conviction that there’s a point to human life and that you must discover it to survive. Given the recognition that there is, in fact, a purpose to their life, a given person will try to define it utopianly. Thus, it affects the instruments and the path they choose to follow in order to achieve the desired change.

“With every increase in the degree of consciousness, and in proportion to that increase, the intensity of despair increases: the more consciousness the more intense the despair.”

The three forms of paradise syndrome

Simplifiers don’t see a problem where there really is a problem. On the other hand, utopians see a solution where there’s none. Frequently, extremism in solving human problems seems to lead to “paradise syndrome”, which manifests in three forms:

“Shoulds” can retract, which is why they’re very characteristic of an internalized utopia. This is because the mental map is usually quite rigid. When this obligation is very strong, the objective doesn’t materialize and the paths to achieve it become diffuse.

Stevenson’s aphorism “It’s better to travel full of hope than to reach port” is very representative of harmless utopia. Some people know it as procrastination or delay. These individuals are eternal travelers who never end their journeys, such as a perfectionist or an eternal student.

We all like to be heard and share our ideas, but this isn’t always the case. So, we must accept that each person has their own truth based on their unique perspective. Thus, when a projective utopian fails to sell their utopian idea, they think it’s out of malice. They also think that some people are trying to destroy them and their idea.

In conclusion, what better reference than Karl Popper, who warned that utopian schemes lead to new crises. In other words, he pointed out that it’s much easier to propose a utopian, ideal, and abstract objective than to solve concrete problems.

What is Utopia?
A utopia is thought of as an ideal that's impossible and of little purpose in our society. Read our article to learn more about the subject! Read more »
Link copied!
Interesting Articles
Basic Psychological Processes
Four Keys to Help You Train Your Focus