The 5 Types of Procrastination 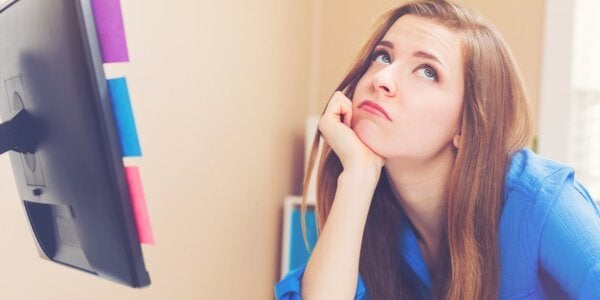 Some sayings we have in English aren’t exactly right. In fact, there are plenty that are completely false, but others still have a lot of truth to them. It’s rare to find someone who hasn’t heard the one that goes, “don’t put off until tomorrow what you can do today”. Don’t put off learning about the 5 types of procrastination either!

Depending on where you look, you might run into different classifications of procrastination. We’re going to focus on the ones that psychologist Neil Fiore came up with. He’s the author of books like Awaken Your Strongest Self and founder of the company Fiore Productivity.

Knowing what types of procrastination there are is important because they don’t all lead to the same things. In fact, no matter how procrastination might look, this thing we all see as so bad can actually be very positive. How? Well, it’s positive when you incubate an idea during the waiting period between coming up with it and taking action. So we’re going to get started on the 5 types…. ready?

In this case, according to Neil Fiore, a person is a perfectionist because they’re afraid of people judging or humiliating them. They’re so thorough with everything that they waste too much time on the details. And then a lot of their projects end up by the wayside.

Instead of avoiding mistakes, they make too many, which makes them even more afraid of judgment. That is, they do exactly what they were trying to avoid: being embarrassed if something is wrong.

“You may delay, but time will not.”
-Benjamin Franklin-

This is one of the types of procrastination that we see in people who are hard to please. Afraid of people labeling them as incompetent, they take on too much work to prove that they’re responsible. They want people to associate them with that quality. But this attitude might lead them to learned helplessness, a feeling that is closely linked to depression.

Dread-filled procrastinators constantly put off their to-do’s or obligations because they see them as unpleasant or boring. This tendency is associated with the lack of motivation common in very repetitive jobs or where you don’t get any feedback about the quality of your work.

In this case, they have so much to do and so many tasks in their head that they don’t know where to start. It’s very common for that to end into a mental block keeping them from ever starting their work.

With this kind of procrastination, being overwhelmed by the amount of work might be a personal decision, or it could also come from someone in a higher position, like a boss, for example. Wherever it comes from, it’s not good; it just puts huge obstacles up in front of you.

Can you be lucky and a procrastinator? According to Neil Fiore, the answer is yes. These kinds of people think they only work well under pressure. So they put off everything until it’s gotten late and they’ll barely have enough time to do it.

Oddly enough, when they do get good results, they usually repeat the behavior. That is, they’ll always put off the things they have to do until their back is up against the wall. Then they take advantage of the adrenaline they get from being trapped and they start. Of course, there are lots of times when they don’t get it done on time.

If you want to, can you stop procrastinating?

As you’ve seen, this kind of behavior can have terrible consequences. In a lot of cases procrastinators end up living at constant peak levels of stress. What that does is put their emotional balance at risk and unintentionally and indirectly harm their environment. According to Fiore, it might lead to an imbalance that will affect every part of their life, not just their professional life.

That’s why people who specialize in this topic recommend good time management. That way anxiety will never take over. Along these lines, here are some of their recommendations:

“I never put off till tomorrow what I can possibly do – the day after.”
–Oscar Wilde–

Now that you know about what types of procrastination there are, you can avoid them. If you identify with any of them, we hope that Fiore’s professional recommendations will help you overcome that.

But we don’t want to finish this article without going back to the point that we made earlier: not all procrastination is bad, and it isn’t always bad for productivity. Plus, there are times when people might think you’re procrastinating when you’re actually just weighing your options or trying to broaden your point of view. Take a look at this video on the subject!

Procrastination: Why Do We Put Things Off So Much?
Today we're going to talk all about procrastination, what its repercussions are and how to stop doing it. Procrastination is directly related to our will, our willingness to act. Read more »
Link copied!
Interesting Articles
Psychology
Discovering Your Dreams Is the First Step to Happiness

Psychologist and writer Viktor Frankl asked his troubled, unstable patients: Why don’t you commit suicide? At that moment, the patients imagined the process and understood that this was not what…

Psychology
What Is Your Personality?

Knowing what your personality is can help you in your growth. The more you know yourself, the more secure you will feel towards life. You can also see if you need to…

Meaningful learning depends just as much on the teaching process as it does on the way students process the teaching. Educational…