Paracelsus: Biography of an Alchemist and Dreamer

Paracelsus was so historically important that an asteroid and a lunar crater are named after him. His life and work inspired great poets such as Goethe and Borges. He's considered the father of modern toxicology. Learn more about him in this article! 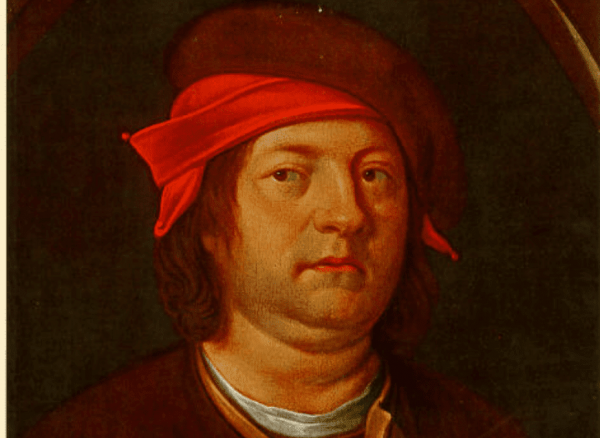 Although most people know him as Paracelsus, his real name was Philippus Aureolus Theophrastus Bombastus von Hohenheim. He was one of the most interesting figures in the history of medicine and science. He was considered by some as a little crazy, visionary and, without a doubt, very imaginative.

One of Paracelsus’ greatest traits was his great intellectual ambition. He was very keen to find the philosopher’s stone, an unknown substance that supposedly made it possible to turn lead into gold. He also wanted to find the elixir of eternal youth, for which he worked incredibly hard.

In the midst of his fantastic adventures, Paracelsus became an extraordinary researcher. Many consider him the father of toxicology and pharmacology. One could say he was some kind of hybrid between magician and scientist. He definitely was ahead of his time, given that he stood by his mythical and mystical beliefs.

The Beginnings of a Genius

Paracelsus was born in 1493, in an area close to what’s now Zurich, Switzerland. Several members of his family were doctors, including his father, and this greatly influenced his interest in this discipline.

During his youth, he worked as a mines analyst. This gave him substantial knowledge of minerals, which later was decisive in his work. When he was 16 years old, he went to the University of Basel. A few years after that, he got a Ph.D. at the University of Ferrara.

Paracelsus was convinced that medicine wasn’t something you could teach in an institution. From the very beginning, he was very critical of the official medicine of his time. He questioned Hippocrates, Avicenna, and Galen. Because of this, his colleagues were apprehensive of him.

Very early on, Paracelsus opted to experiment on his own and work directly with the ill. This led to a bad reputation among doctors. People also judged his physical appearance. He was short, bald, and obese, which made a lot of people reject him. Perhaps for that reason, this genius always preferred the company of the most defenseless.

The experiments and innovative methods that he began to successfully apply lead to a lot of hearsay. People said that he made a pact with the devil. Popularly, he was known as “The Cursed Doctor”. They accused him of magic and witchcraft although he deeply believed in God.

The tension with his colleagues and other authorities led him to become a wandering man. It didn’t take long for him to start having conflicts with those around him no matter where he went, so he’d leave and go somewhere new all over again. However, he was known to be a very good doctor.

Paracelsus used minerals and chemicals to treat diseases, something that no one else did back then. This allowed him to treat patients who had incurable diseases at the time. There are testimonies that he successfully treated cases of epilepsy, leprosy, and gout. He was the first doctor to identify syphilis and propose treatment with mercury for it.

This great researcher also invented laudanum. This was one of the first chemical analgesics ever known. In addition, he examined poisons in great detail and formulated an adage that remains to this day: “The dose makes the poison“.

Unlike the other doctors of his time, Paracelsus was very close to his patients. He also believed that his knowledge should be in the public domain. For that reason, he gave speeches to the community, explaining his science in simple language.

Paracelsus established that medicine had four major axes: natural sciences, astronomy, chemistry, and love. He believed that plants and minerals didn’t heal by themselves. Instead, for them to be actually effective, they needed goodness and inspiration from God.

Unlike his colleagues, he firmly believed in the goodness of surgeries. At that time, barbers were the only ones to perform surgeries and only in very specific circumstances. Centuries later, many doctors felt inspired by their methods.

It’s important to note that not every single doctor was his enemy. Among his admirers was none other than Erasmus of Rotterdam, of whom he was a personal physician and friend. A German prince also gave him his protection.

Paracelsus died at the young age of 47, murdered by a group of thugs who wanted to steal from him. However, they wasted their time because he had already donated all his belongings to the poor.

“Medicine isn’t only a science; it’s also an art. It doesn’t consist of compounding pills and plasters; it deals with the very processes of life, which must be understood before they may be guided.”

The Ancient Greek Cure for Depression and Anxiety
The body and mind were very important for the Ancient Greeks. The cure for depression and anxiety that we discuss here today is attributed to them. Read more »
Link copied!
Interesting Articles
Culture
Ulysses Syndrome: A Modern Problem

Beethoven is one of the most important composers in the history of music. Schools and conservatories still study his works…

Culture
Precautionary Principle: What Is It?