Religion Is an Enigma Our Minds Can Explain 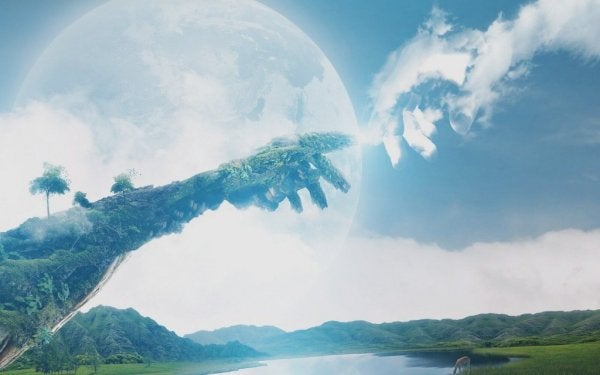 Religion came about as an age-old necessity, or at least so we think, and it’s stayed around until today without any signs it’s going to disappear. If you look at history, you’ll see that religion–if we can talk about it in any general way–has had a lot of variations. For example, there was the birth of the monotheistic religions, the ones that pray to a single God.

The gods have also changed a lot over the centuries and have taken a lot of different names and forms. There are gods you’re not allowed to create any representations of, and other ones that have fantastical forms. These forms are sometimes even related to animals.

“Commend yourself to God with all your heart; He often rains down His mercies when hope is at its driest.”
-Miguel del Cervantes-

Religion has also managed to become institutionalized. People have created social institutions in its name that are meant to give or improve services like education and health. The negative side of this is that there have also been huge wars in its name. People have also committed a lots of crimes and injustices based on sacred texts, which they often misinterpret.

There are a lot of explanations that people have put forth to try and explain the birth and life of religion over the centuries. One of the best explanations is that it serves the purpose of giving answers to questions we’ve never been able to answer. But that’s not the only explanation people have given.

Here we’re going to tell you about some of these attempts to explain the birth and ongoing life of religion:

In Gods We Trust

According to a book by Scott Attran, In Gods We Trust, religion tries to transfer genes with a predisposition towards certain behaviors, group selection, and miming or imitation. Religion isn’t a doctrine or an institution, and it’s not even a faith. According to Attran, religion exists due to the work of the human mind when it deals with curiosity about life, like birth, old age, death, the unexpected, and love.

To understand this perspective, you have to realize that religion is hard to understand and often its doctrines go against intuition. For example, there’s the meaning that some religions give to sacrifices. Following one religion or another can be extremely costly, and in certain time periods it even takes lives. If we weigh the positive and negative characteristics of religion, they might even come out equal. This means that people probably don’t choose religions just based on their benefits.

“Man finds God behind every door science is able to open.”
-Albert Einstein-

Instead, we can see religion as a non-adaptive consequence of the adaptive characteristics of human cognition. That is, religion is an adaptation on the cognitive level. But it’s not adaptive in and of itself if we look at all its costs and benefits. Religion, just like other cultural phenomena, is the outcome of a meeting between cognitive, behavioral, and physical mediums. It also comes from the ecological limitations inside our minds.

Religion comes from certain psychological faculties that adapt us to the conditions of life. Here are some of those faculties:

As humans we have a tendency to detect agency, or the cause of an action, where there isn’t one. For example, our belief in the supernatural comes from the same cognitive adaptation as that of our ancestors. They interpreted the sound of a breeze shaking a bush as the presence of a saber-toothed tiger.

This interpretation was useful because it helped people survive. In this sense, supernatural actions were just a byproduct of evolution that came from our predator detection sytems.

From this point of view, religion is the tool our minds use to give plausible interpretations to any events that we’re not sure about. Our minds reproduced those mechanisms and frameworks through evolution to make sure we’d belong to a group and survive.

In love, at work, in the world and in life, risk is inherent to all human beings. A person who doesn't…

Psychology
The Fear of Being Alone

The fear of being alone is inherent to human beings. As social beings, we need to have other people around us to feel fulfilled. In fact, many of our abilities…

One of the most fun ways to combat brain aging is by dancing. That's right - on top of being great…