Philanthropy Isn't Just for the Rich 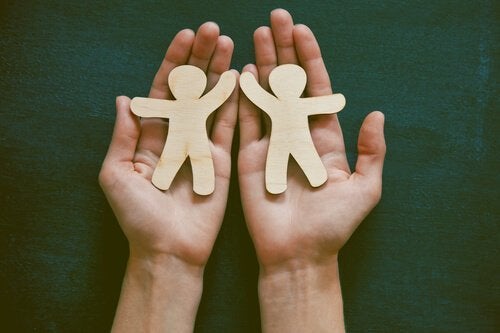 Philanthropy means helping your fellow humans for its own sake. In other words, you don’t ask for anything in exchange or expect favors in the future. It’s like unconditional love, and it’s nonprofit. The word comes from Greek and means “love for humanity.” Therefore altruistic feelings aren’t just for people with money. It’s actually an attitude that everyone can have.

A lot of well-known figures are ambassadors for nonprofits and similar organizations. They support projects and work for the health and education of underprivileged children. But philanthropy isn’t just for rich people. It’s less a matter of money than it is of generosity, willingness, awareness, and compassion.

Philanthropy is a feeling that comes from an honest desire to volunteer. It involves undertaking social action or making donations that truly benefit other people’s living conditions. But like we said, you do it without hoping for any reward afterwards.

It takes less than you think to help out your fellow human beings. We can all contribute to some extent when it comes to creating a more just and equal society. For example, there are simple things you can do, like saving water, recycling, and donating clothes, money, or food. All of this has an impact on the most in-need parts of society. You can’t fill an ocean without drops of water.

The psychological profile of philanthropists

Experts say that there are two personal situations that increase the likelihood that someone will feel a need to empathize with someone and help them. Then coming off of these two scenarios, there are two different kinds of philanthropists.

If you can’t give yourself what you need, it won’t be very easy to help other people. That’s why it’s so important to know if you’re actually able to help. This means whether you have the necessary tools, skills, and mental strength to have a positive impact on the cause.

Philanthropy can’t happen if you don’t have any self-awareness. If you aren’t sure you can improve the social balance, it’s better not to step in. After all, in the end you might do the opposite and slow down the situation or even make it worse.

You have to have good intentions. But you also have to have the right means to deal with these issues. You need to be adequately prepared and have a group of experts there to help.

A lot of companies mistakenly define their social actions as corporate philanthropy. However, these companies have interests, mostly economic ones, which is why we obviously can’t see their actions as completely selfless. Philanthropy actually has more to do with what’s called the “third sector.” In other words, it works through volunteer efforts, not because of private or governmental interests.

But then there’s false altruism. It’s a kind of self-interested good that someone does from a prejudiced position of power. They base it on a corrupted idea of superiority.

“Since I have more money or power than you, I’ll give you my scraps. And don’t forget to thank me, because you’d be nothing without them.” You have to watch out because this has nothing to do with philanthropy. It is simply an arrogant, cruel, and tyrannical attitude.

One interesting example was the controversy surrounding the richest man in the world: Bill Gates, the owner of Microsoft. A lot of people started to doubt his good intentions. They thought that his only goal was to improve his company’s image.

The opposite of philanthropy is misanthropy. It’s the tendency to feel dislike towards everything about humanity. Misanthropists don’t just feel disgust towards certain people, they feel it towards all human beings. They have a universal dislike, they hate everyone.

But a lot of people see it as the step before philanthropy. That idea comes from the belief hat if you want to help others, you have to recognize the world’s injustices, along with humanity’s inability to solve our problems. In other words, you understand that there are other people who don’t try to do good, and people who do wrong even when they try to help.

That’s why you have to be aware of other people’s selfishness and greed. Only then will you be able to fight inequality and change the world.

Evil Exists Because Good People Do Nothing
There are people who hoist the flag of kindness and are proud of their altruism. But their words prove to be empty when they witness "everyday" evil and they don't do anything. Read more »
Link copied!
Interesting Articles
Culture
Do You Know the Social Impact Theory?

Culture
Life Is Full of Coincidence

Our society is mainly founded upon values such as materialism, logic and objectivity. It's as if somehow we wish to keep every aspect of our lives under control in order…

Almost all of Michel Foucault's quotes are profound and disconcerting. This is to be expected if you take into account…