The Ups and Downs of Optimism 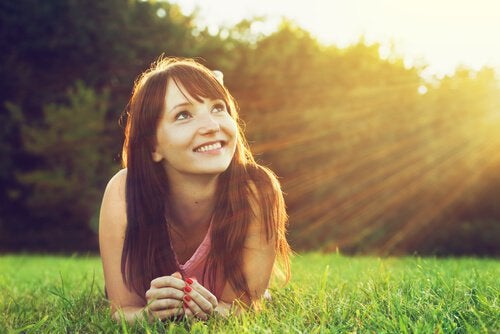 The city of Higuera de la Serna went bankrupt, and its neighbors, instead of complaining, got to work to take on the responsibilities which the municipality used to perform but now could simply not handle. In their spare time, they all offered their help to take on work, from cleaning to masonry. This case is just one more proof that during complicated times, when people come together it can awaken optimism despite the circumstances.

The neuroscientist Tali Sharot from the University College of London, affirms that in the same way in which we experience optical illusions, sometimes we think we see something that is very different from our reality, because we succumb to other types of illusions. Some examples of the illusions we suffer include:

“I have my own version of optimism. If I cannot walk through one door, I will walk through another or make another door. Something wonderful will come, regardless of how dark the present may be.”
-Rabindranath Tagore-

The optimistic bias has many advantages and disadvantages. Some advantages include:

Thus, optimism is especially positive when it is accompanied by a self-control and self-efficacy. When it is subtle and not exaggerated, and when we put it into play in situations in which we have room to maneuver.

But optimism, although it has some very important advantages, can also have a negative side. It has the following disadvantages:

How to distinguish an optimist from a pessimist

Therefore, an optimist doesn’t get discouraged over not achieving a goal. Instead, they get motivated to continue and do better next time. The biggest difference between an optimist and a pessimist is that the former always knows how to take advantage of something that would seem like a problem for somebody else.

“You are as old as your doubts and as young as your confidence in yourself.”
-Samuel Ullman-

Psychology
Sapiosexuality: When You're Attracted to Intelligence

Sapiosexuality is the term we use for people who see intelligence as the main factor in sexual attraction. The root of…