The Orbitofrontal Cortex: The Base of Our Social Behavior 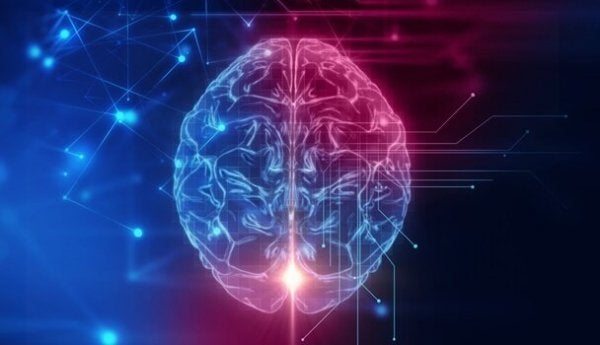 The orbitofrontal cortex is one of the most interesting parts of the brain. It’s related to our personality, our emotions, and, most importantly, our social behavior. The information we’ve gotten about this area is very revealing and would explain many things related to human behavior. However, there are still many other things to learn about it.

I’m sure many people reading this right now know about with the curious case of Phineas Gage. This railway machinist suffered a violent accident in 1848, which led to very curious results. After an explosion, an iron bar dipped into his skull. The incision pierced through his orbitofrontal cortex and, even though Gage never lost consciousness and people described his story as a medical miracle, it’s safe to say he was never the same after that.

This case was very valuable to neuroscience because it showed how important this area of the brain really is. After the accident, Phineas Gage became shameless, impulsive, irresponsible, and even aggressive. His interpersonal relationships were affected, he lost his job, and he even joined a circus for a while. He died a few years later due to all of the severe epileptic seizures he suffered.

Antonio Damasio, a well-known neurologist, is one of the scientists that has studied this case the most. He concluded that the orbitofrontal cortex is very much related to our emotions and decision-making process.

Where is the orbitofrontal cortex located?

Just as its name suggests, the orbitofrontal cortex is located in the front part of the brain. It’s right above our eye sockets and it’s directly connected to the sensorial areas and the structures of the limbic system that are linked to emotion and memory.

Functions of the orbitofrontal cortex

Most of the characteristics we already know about the orbitofrontal cortex are basically the conclusions of studies of different patients who suffered brain damage or any other injuries in this region of the brain. Phineas Gage’s case was definitely the most relevant one. Over time, neurologists have tried to unravel the great mysteries of the human brain. It’s safe to say that there are still many unanswered questions regarding this.

Let’s look into some of the functions located in the orbitofrontal cortex:

The processing of social emotions

All this hinders a balanced and harmonious coexistence in a social environment.

Apart from those processes related to behavior and emotions, this area of the frontal cortex is extremely associated with the decision-making process.

These are very interesting behaviors, but also very exhausting for the person and their environment.

Damages in the orbitofrontal cortex

There are a few neuropsychological tests that evaluate if a patient’s orbitofrontal cortex is damaged. Visual discrimination tests or the Faux Pas test are very useful when wanting to evaluate the incidence of any alteration in this area.

People with a trauma in this area or with an acquired brain damage usually show the following psychological profile:

Treatment for these patients tends to be quite complex. It’s common for them to stay in a mental health institute when referred by court orders. In general, they get psychological and pharmacological treatment, depending on their individual needs and requirements. This is a very delicate reality that we learn more about every day.

The Frontal Lobe: Manager of Personality
Each lobe of the brain has its own functions. The frontal lobe is especially important for executive functions, mental flexibility, and problem solving, Read more »
Link copied!
Interesting Articles
Brain
Anatomy of the Encephalon

Brain
Seven Situations that Change Your Brain, For Better or Worse

Brain
What Happens to Your Brain Before You Die