The Limbic System: What Is It and How Does It Work? 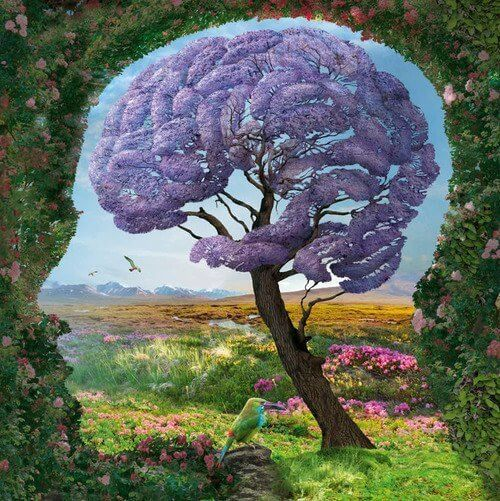 Our brain is one of the most wonderful structures in our body. And although it’s one of the most studied parts of the body, there is still much yet to discover about how it functions. Despite this, we know that within our brain lie different systems that have specialized roles in making our body work. One of the most important systems we currently know of is the limbic system.

The first time the limbic system was discussed, though in a less conceptualized and more primitive way than we do now, it was because Paul Broca named an area near the pineal gland.

Out of “limb” or border, he called it the area of “the great limbic lobe”. Hence the logic of its name, because it is situated in the limbo or edge of other structures that we already knew about.

However, the limbic system as we know it today was conceptualized by physiologist MacLean in 1949. He extended the initial conceptualization of this system that Papez started in 1939, giving it its current name.

“Happiness is a mental state activated by the limbic system.”

For this reason, the limbic system is known as the emotional brain. But is this term completely correct? What are the components of the limbic system? Does it do anything very important? If you keep reading, you’ll find the answers to these questions!

What are the main structures of the limbic system?

The limbic system is composed of many brain structures, all interconnected. This makes it difficult to determine precisely what structures form it and the concrete job of each structure. However, studies suggest that the structures that make up the limbic system and its functions are the following:

This structure is located at the base of the brain, below the thalamus. Specifically, it is located on both sides of the ventral portion of the third ventricle, or towards the center of the brain.

It is a small brain structure, but composed of a multitude of nuclei and fibers that are essential for our survival. Why? Because it is responsible for our autonomic nervous system and our endocrine system. It also organizes the most important behaviors linked to the survival of the species: fight, flight, feeding, and reproduction.

They contain several hypothalamic nuclei and are responsible for the reception of impulses from the amygdala and hippocampus. Also, they forward these impulses to the thalamus. Therefore they an important instrument for receiving and transmitting information.

The hippocampus is a structure of the forebrain, located in the temporal lobe, and is shaped like a seahorse. It is one of the oldest regions of the human brain. Thus it is the main structure linked to the hypothalamus and plays an important role in the regulation of basic survival processes.

Moreover, the hippocampus is so important that without it we could not have an identity. That’s because it’s an essential part of what makes our memory function.

In particular, it governs the remote memory, which is what gives us the memory of everything that has happened in the past. Therefore, it configures the part of our personality that’s based on our experiences. In addition, the hippocampus is very important for learning new things.

As for its connection to the limbic system, the hippocampus is the main structure in charge of emotional memory. This means that every event we have gone through or felt is filtered through the hippocampus. Then, together with the hypothalamus, it allows us to remember not only what we experienced but also what feelings we associated with it.

The amygdala or amygdala complex is located in the lateral ventricle of the temporal lobe. Specifically, inside the temporal lobe. This means that it is part of the so-called “deep brain”. This is where basic emotions and survival instinct prevail. Three main nuclei comprise it: the basolateral nuclei, central nucleus, and corticomedial nuclei.

Its main function is to integrate emotions with the corresponding response, physiologically and behaviorally. Its connections not only produce an emotional reaction but also, due to its close connection to the frontal lobe, allows for the inhibition of behavior. Thus participating in what is known as emotional abduction or “Amygdala Hijack”.

Within the limbic system, the amygdala is the captain of our emotions. Not only that, but in conjunction with the hippocampus it also generates emotional memories. And then, together with the hypothalamus, it impregnates our basic processes with emotional color. For example, it associates anxiety or negative emotions with food, sleep, or sexual behavior.

The limbic cortex is located in the medial temporal lobe of the brain. It is closely related to memory. Specifically, with the consolidation and recovery of declarative memories: both episodic and semantic. In addition, like the fornix, it plays an important role in sending information between different brain structures.

Other structures associated with the limbic system

As we said before, not all neurologists and neuropsychologists agree on the composition of the limbic system, since its functions are so complex. Therefore, some professionals may also include the following structures in an explanation of its operation:

Is the limbic system really an emotional brain?

Current thought, however, sees the idea that this system only handles emotions as reductionist. That’s because researchers have discovered many other structures and functions that comprise the limbic system. We now believe it also affects motivation, learning, and memory. Therefore, when thinking about the limbic system, we must go beyond considering it as an emotional brain.

Is the limbic system really that important to our survival?

As we’ve seen, this system is responsible for many functions. This includes those essential for survival, especially in when we talk about the hypothalamus. We couldn’t live without it. Here are some examples of diseases that can occur if you injure any of the structures that make up this system:

These illnesses, along with many others, illustrate the importance of the limbic system. We can see how it affects our behavior, from memory to things as basic as hunger. The limbic system is of the utmost importance in our brain.

Biological psychiatry, or biopsychiatry, is a branch of psychiatry that attempts to understand mental disorders by focusing on how the…