Choosing the Right Punishment Is Not Easy 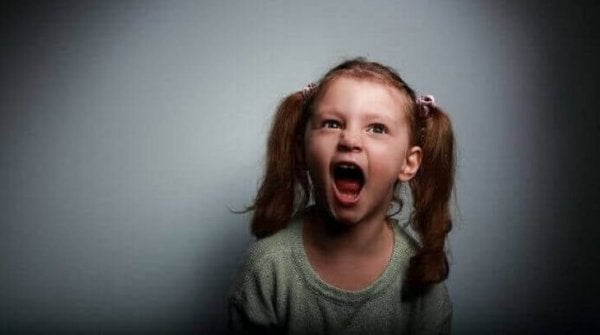 Your two-year-old has a tantrum and hits you. How should you react? The truth is that many parents in situations like this are not able to control their impulses. They end up screaming, threatening, and even physically hitting their child. But is that the solution? No, not at all.

The child needs some sort of punishment for their behavior, there’s no doubt about this. But what type of punishment? Picking the right punishment and doing it properly is not easy. But read on and find out how!

“The roots of discipline are bitter, but the fruit is sweet”

All inappropriate behavior must have a consequence

When it comes to bad behavior, parents react in all different ways. On the one hand, we can be overly permissive and not discipline them at all. We usually do this to avoid a possible tantrum when the child doesn’t get what they want.

However, in the long run, this is counterproductive, since children will get used to getting whatever they demand. The important thing is that they understand that they can’t have everything they want. They should understand that they get things when they behave well and communicate well with their parents.

Therefore, when a child behaves badly, there has to be a consequence. This can be in the form of ignoring the child, or by the use of punishment. If we use the latter, we have to make sure it doesn’t cause physical or mental harm to the child. Corporal punishment is not a good idea. Neither is shouting, threatening, or humiliating the child.

What is “good” punishment?

If the rule they broke or the disruptive behavior is minor, then extinction may suffice. But if what the child has done is more serious, or if they consistently disobey, then punishment should match their age and development. The idea will be to get them to understand that misbehaving doesn’t get them anywhere.

In addition, the punishment must be related to the rule that has been broken. This way the child will think about what they did wrong. It shouldn’t last very long, otherwise they will end up getting too much attention, which is counterproductive.

Starting at five or six, we’ll be able to explain the punishment rationally and help them accept it. One positive effect of this way of doing things is that it improves the child’s communication and negotiation skills.

We also show the child that we as parents have a right to be treated properly. We help them understand the rules that we agree on at home. Of course, these rules must be fair for all parties involved.

Finally, as much as possible, the punishment must have a restorative character. That is, the aim should be that the child makes up, in some way, for what they’ve done wrong. The punishment would ideally be related to the behavior we don’t want them to repeat. This will reduce any feelings of guilt and actually strengthen the family.

How to give punishment appropriately

Now that we know what punishment should and shouldn’t be, let’s talk about how to put it into practice. First of all, it’s important that the child knows what the rules are and what the punishments will be.

When we impose the punishment, we must keep it going until the end. This is an important point, because if parents waver, then they lose their effectiveness. When the child sees that threats aren’t carried out, then they will understand that obeying the rules isn’t really necessary after all. Therefore, parents need to be consistent and control their impulses.

To do this, we have to try to control our anger and come up with a punishment that won’t hurt the child, but will make them think. We should calmly communicate the negative consequences. As a result, the child will perceive affection and acceptance instead of rejection. Giving good punishment is a challenge, but if you follow this advice you’re on the right track!

“He who, being angry, imposes a punishment, does not correct, but avenges himself”

Discipline and Love: How to Educate a Child
Many disruptive behaviors are caused by the child feeling ignored, with no own thoughts and with one sole motive to act: obedience. Read more »
Link copied!
Interesting Articles
Psychology
The Complicated Dynamics of Favors

People often say that we quickly forget the long list of favors that people have done for us. The only…

Psychology
Self-Harm or The Desire To Hurt Oneself

Self-harm is sometimes the only way a person feels they can deal with problems. They try to express the feelings…