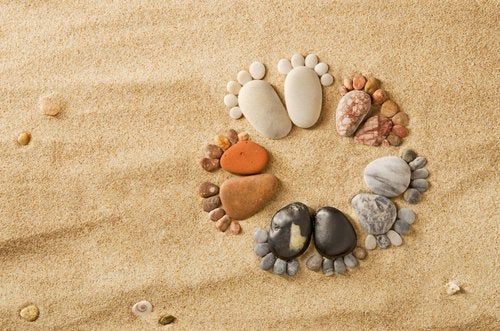 We all have habits that are probably detrimental to us. You may have heard the phrase, “Man is the only creature who trips over the same stone twice.” But, what happens when we grow fond of that same stone?

“I always make the same mistakes.” “Why does this always happen to me?” “I swear to myself that it will be the last time, but I always give in to temptation.” Surely we’ve all said or thought similar things in certain situations in our lives.

Human being are creatures of habit. Maybe getting something wrong all the time has become a habit for you and that is why you have chosen to pick up that stone off the floor and carry it with you wherever you go.

If you already promised yourself that you were going to stop lying, why did you do it again? If you swore you would not get back together with your ex after your last fight, why did you go running back to them when they called to apologize for the umpteenth time? If your New Year’s resolution was to quit smoking, why did you go to the store to buy a pack of cigarettes only a few days later?

“I didn’t realize.” “This time for real!” “I have total control over it.” These are some of the most common responses to our harmful habits. We do not like to leave our comfort zone because we feel safe even if we are unhappy and we want the comfort of stability, so we take refuge in the shadow of that stone that makes us stumble again and again.

Perhaps we could imagine that we are in a large cage, with all the limitations and lack of freedom that that entails, but also with the stability that we crave so much.

We do not realize that while we are there, things pass us by, one after another. The routine of getting up in the morning, eating breakfast, going to work, coming home, watching television, bathing or showering, and going to sleep… it is all generally the same for everyone. But there is a point when we have to say, “Enough.”

Life becomes a succession of identical moments and we do not notice it. Our alarms only go off when something hurts us somehow or otherwise makes us uncomfortable. Then we think to ourselves, has this not happened before? It is as if we are a magnet that attracts the same thing over and over again. But, if only it were something good, we would not mind so much. But it usually is not so.

You surely have experienced more than one situation in which you have been wrong with the same person, the same activity, the same thought, the same job. Why does this happen? One psychological explanation has to do with our childhood education.

Ever since we were kids, we were taught how to do things by imitating someone else. We watched our parents brushing their teeth and copied their movements; we set our eyes on our older sibling to learn how to ride a bike; we watched how our teacher wrote letters on the blackboard. This is also probably how we learned to not be loving, to scream or cry when we want something, to argue about everything, and so on.

Every interaction, whether with someone close to us or otherwise, shapes us into the people we are when we grow up. So, we incorporate in our minds various instructions to do things without questioning it or really thinking about it.

Therefore, there are two important issues that inspire us to become attached to that stone. On one hand, there is the fear of leaving your comfort zone; on the other, the habit of doing things by rote, like we are taught as children.

To break these habits, the first step is recognizing that our lives are not defined by some kind of enclosure like a cage or a tank. Then, we can realize that there are thousands of different ways to do the same thing, perhaps with better results than we have yet to achieve.

Doing the same thing over again will not give you different results. Sometimes, you have to change your approach.

Maladaptive daydreaming defines a peculiar syndrome. The person who suffers from it spends much of their time immersed in their fantasies and completely disconnected from reality. Although we all daydream,…

Psychology
Is it Possible to Change Attachment Patterns we Learned as Children?