To Do or Not to Do: A Big Decision 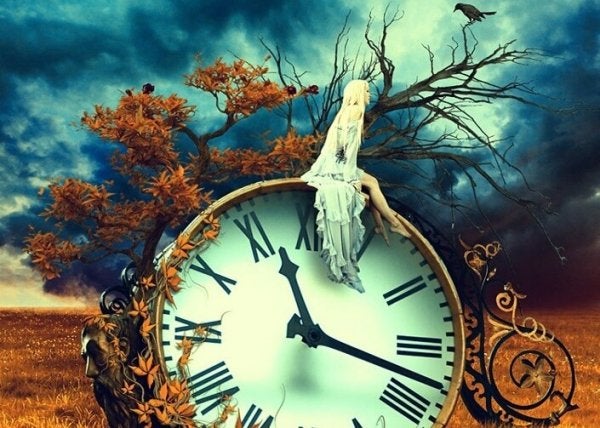 Should I do it or not? Should I go, or shouldn’t I? Surely these questions have come up in your thinking before, provoking a series of doubts that can be difficult to dodge. Making you feel like you’re stuck between the two decisions, as if you were standing at a crossroad.

Sometimes these doubts are legitimate. When we’re facing important an important decision, doubts start rolling in because we’re choosing something that will undoubtedly change our lives and entail great responsibility.

“Waiting hurts.  Forgetting hurts.  But the worst suffering is not knowing which decision to make.”
-Paulo Coelho-

But sometimes doubt causes us to undervalue ourselves, to freeze up when it’s time to make decisions, and even to be fearful of responsibility. There can be a lot of reasons hiding behind doubt.

The truth about avoiding decision-making

People who feel a lot doubt when having to make a decision try to avoid making them, but is that even possible? Honestly, yes. When you have so many doubts looming, there are several options you can choose avoid the fear of making that decision. The most common one of all is to simply leave it to someone else.

When it comes to people who are scared of making decisions, the only thing they know is to leave it to other people to decide for them, or “copy” those that they trust and love, like friends and family. This leaves the insecurity within them pending, making them incapable of making their own decisions. This is why they prefer leaving them in the hands of people they consider to be more adequate candidates.

“I used to be indecisive, now I’m not sure.”

When we avoid making decisions, we have the ability to turn into two types of people:

These two types of people, as we’ve said, can complement each other. The state in which a person with these characteristics submits themselves is one of fear and anxiety. When they have no other option than to make a decision, whether they like it or not, what this actually generates is feelings of frustration and guilt for not having chosen the other option they may have later considered to be “better.”

How should we make our decisions?

Insecure people, those who find making decisions a challenge, can’t live in this state of fear and anxiety forever. This is a situation that ends up defining their daily lives and causes them to act in the following ways:

There are many reasons that lie behind this fear and evasion. The fear of rejection itself, having been subjected to criticism or humiliation, having had parents that were too authoritarian, etc. In most cases, it’s related to a low sense of self-esteem.

But today is the day that we can break free from all of that, and break free we can! But in order to do so, we must take risks, trust ourselves and know that we are always liable to make mistakes, but that the decisions we make will be the ones we truly desired.

It’s important to involve your family or friends in the making of your decisions. Not so they can make the decision for you, but in order to provide you with their point of view, and to support you or not. It’s not about going against their beliefs or ignoring them, but about sharing your decision without allowing them to interfere.

If you make a decision and find out it wasn’t the correct one, don’t fret! You can choose another path, and you can change what you’ve chosen. We all make mistakes, and that’s something we must assume and accept. Perfection doesn’t exist.

“Making decisions is what will allow us to go from where we are to where we want to be.”
-Bernardo Stamateas-

Put a due date on your decision, even if it already has one. Many times it will create anxiety to have to decide something so hastily, which is why it’s important that you take your time and avoid leaving it to the last second!

A good decision will be one that you make with confidence, thinking through things clearly, considering the future and what you’re wishing to achieve, and then putting it in perspective… That decision will be well made no matter whether you fail or not. And that’s because it was chosen with confidence, and a clear head; if it doesn’t work out, don’t worry – it will serve to put you back on the right path.

When a child arrives in this world, one of the first things that he or she is going to feel…

Psychology
How Can We Help Sexual Abuse Victims?

The La Manada case shed some light on a reality that we’d forgotten for a while: how difficult it is…