Normalization: What's it About?

In recent times, many people want to normalize behaviors, emotions, and much more. But what does normalization refer to? Keep reading to find out! 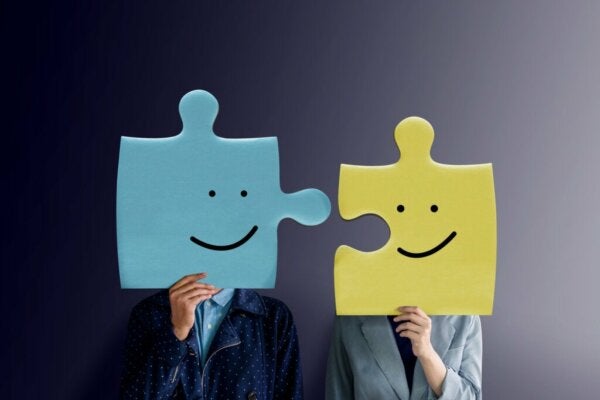 Have you ever heard the phrase “let’s normalize this” regarding mental illness, sexuality, emotionality, or gender roles? Lately, normalization has given visibility to many groups of people who no longer want to be socially excluded. However, this word hasn’t always been used in the field of sociology.

In this article, you’ll find a brief summary of what normalization is, its origins, its application, and how it’s made society question what’s actually normal. Like many others, this term gets new definitions every day. However, we could say its foundations are well-established.

Where does the word “normalization” come from?

You might have read this word a few times lately, especially in the frame of social change. Philosopher Michel Foucault was the first person to coin the term normalization. Before he applied it to the field of sociology, it was a statistical term that referred to the mathematical process by which a set of data conformed to a normal distribution.

Foucault used this term to criticize established power, since it used to associate the “normal” (and therefore acceptable and desirable) with an established norm. However, this regulation was a way to control groups and not a mere collection of coexisting norms in society.

What does “normalizing” mean?

To answer what normalization is, remember that it refers to a process where a specific behavior is seen as normal, that is, within the norm, for a group of people. Foucault postulated in his book Discipline and Punish that a behavior becomes normal when it meets two conditions:

Basically, the masses accept, pursue, and organize around what they consider normal depending on their cultural framework.

Normalization in the new generations

It’s safe to say that the economic crisis of 2008 and changes in family models were incredibly decisive for the evolution of collective thought. As a result, almost all philosophical discourses criticize already established norms in one way or another. Furthermore, in a society marked by individualism, diversity, and constant change, “normal” is an idea that keeps getting blurrier.

It’s no secret that new generations have been advancing in thought and embracing these changes. This has made the word “normalization” the flag of many social integration movements. For example, mental disorders, sexuality, and functional diversity, among others.

However, the concept of normalization has changed a lot. For example, when it comes to movements for integration, normalization is the opposite of exclusion. To achieve this normalization, individuals must rely on different strategies:

Advantages and disadvantages of normalization

The implantation of this term in everyday language has improved the situation of many minority groups. Surely you’ve seen many aids, laws, and movements in favor of certain groups, such as immigrants, the LGBT+ community, people with mental disorders, and even non-humans.

Furthermore, research has also revealed that the normalization of destructive behaviors can be a considerable obstacle to implementing solutions for different social problems, such as addictions and violence.

Additionally, some groups haven’t benefitted from normalization. Large collectives that previously enjoyed the advantages of being “normal” now suffer from loss of privilege or social approval. This often leads to inter-group struggles.

As you can see, this is an open process. Normalization opens up new paths towards a more inclusive society. It’s only a matter of time until we’ll be able to see the word “normal” making sense for more and more groups of individuals.