He Who Has No Imagination Has No Wings 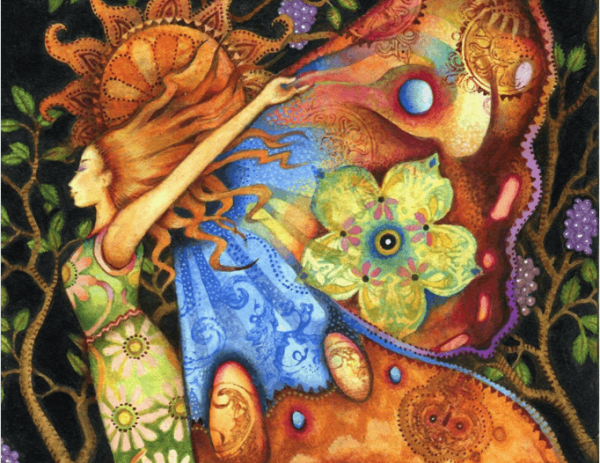 Unfortunately, imagination is falling into a state of disuse in these modern times. Everything that does not have a directly pragmatic use for the present day human seems to not make sense anymore for millions of men and women. Sadly, this means the dreams that allow mankind to fly and fantasize are avoided and neglected.

Vital subjects like philosophy are disappearing from schools and from the education system in general. Philosophy is an elemental area capable of shaping individuals and facilitating abstract thought. Society is robbing a generation of children of the ability to dream and imagine beyond the designated guidelines of what is right and accepted by society as a whole.

Despite the fact that flying is physically impossible, our imagination has the great power to spread its wings and take flight.

If humans are capable of spreading their wings and dreaming of better worlds, worlds that are habitable and magical, one day reality could be transformed and the world we know could become a much more pleasant, supportive, and unified place. It could become a place in which every person is able to develop their talents freely and live out their most intimate and important dreams.

Imagination in times of crisis

The ability of many people to dream and reinvent themselves has allowed humans to evolve and become more full, happy, and self-aware beings.

I am not referring to people who dream of being superheroes or one day becoming outrageously rich. I am talking about the people who possess a fertile imagination which could be perfectly applied to present day reality in order to improve it and make the world a more beautiful place. Caring men and women, with strong values and an outstanding capacity to do what is good and right are often, unfortunately, not heard. Furthermore, sometimes they are even branded as crazy or out of touch with reality.

People with fantastic ideas and the necessary knowledge for carrying them out in reality are often misunderstood by their peers because of absurd fears and misunderstood competitiveness.

But the imagination of many good, talented, and intelligent people can give wings to the whole world. It could transform our reality and turn it into a beautiful home for humanity to live happily and thrive.

“In times of crisis, only imagination is more important than knowledge.”

Imagination and its transformative ability

Unfortunately, some people who have a less creative mentality have stifled the enormous transformative ability of whose who have a great imagination. The only thing that occurs to these more “square” minded people is to deny the reliability and credibility of creative people. Why? Well, as one great romantic Spanish poet puts it:

“He who has imagination can build a whole world from nothing with ease.”

We can see the truth of Bécquer’s statement in those people who are able to build a whole world from nothing, people with their own inner light, and who can transform our world and improve it exponentially.

Sadly, in this unequal and unfair world, a great portion of human meanness has taken the reins. This part favors order and submission, and defends reactionary and regressive values, and sees an entire population not as people, but as a mere workforce.

However, looking back through history, it is clear that the human race has seen so many people, interspersed and sprinkled through time, that possess great imagination and talent. These are the people who were able to transform the world and navigate through precarious situations with very little fear and a great amount of courage.

There are so many examples of great men and women who have stood out and gone beyond the expected, despite having just rudimentary tools and going against the established doctrine of the time. They are brilliant minds who are ahead of their times, such as Galileo Galilei, Leonardo Da Vinci, Giordano Bruno, Hypatia of Alexandria, and many others. These people were willing to die for what they believed in, and brought dignity to human kind.

Today, imagination seems to have fallen into disuse. All that is not practical, that does not have a useful function, is cast aside. However, this way of thinking is backwards. It is unable to see the great transformative power of imagination, an incredible human device that allows us to fly instead of being stuck to the ground and only that which we know.

Never ridicule or diminish the value of imagination. It is something that human beings have used and developed over thousands of years. Still today, it continues to be one of the most important weapons we possess. It allows us to truly fly by the power of our very own wings.

Psychology
Do You Know Anyone With Paranoid Personality Disorder?

The main characteristic of Paranoid Personality Disorder is a general suspicion and distrust of others. Other people's motives are interpreted as…

Personality Psychology
What's Phobic Neurosis and Why Do We Experience It?

The first person who mentioned phobic neurosis was Sigmund Freud. For him, it was part of the so-called "transference neuroses"…

Hyper-children are the product of hyper-parenting. It's a new and increasing trend that neglects important aspects of childhood. For example,…

Psychology
Life Doesn’t Take People From You, It Distances You From Those You Don’t Need

When it is a matter of saving our own self-love and our dignity, we have to be clear on something:…

Psychology
Separation Anxiety - When Does it Become a Problem?

Separation anxiety is a situation we generally associate with children, but a lot of adults also experience it. It's defined…