The New Psychology Has Arrived 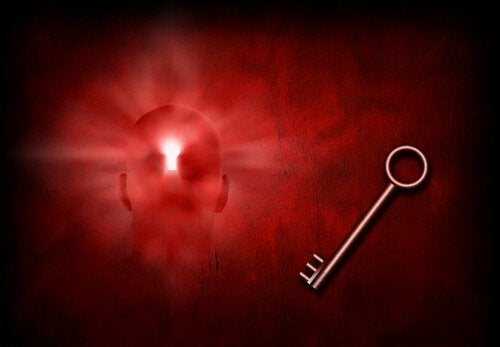 Psychology isn’t the way it used to be. Doubts about its scientific integrity have been buried after years of research. Psychology is taking shape, and that’s something that any psychologist or patient would agree is a good thing.

Beyond the diagnostic labels that drive therapeutic work, psychology today seeks to be more holistic. If you think you need help walking more lightly, without the weight of guilt, sadness, or resentment on your shoulders, take advantage of the new psychology.

Without forgetting about scientific rigor, the main objective of new psychological therapies is not only to cure mental disorders. Psychological treatment is becoming more and more eclectic. It attempts to give each patient the resources he or she needs to stop their problem from being such a negative force in their lives, so that each person can find strength and spirituality.

Sometimes it’s not about eliminating problems, but rather reinforcing one’s strengths. The more we obsess over the idea that there’s something wrong with us, something that we have to change right away, the more anxious and debilitated we’ll feel over the burden of making that change.

Psychoanalysis has contributed important concepts to the patient-therapist relationship, behaviorism has given us the tools to develop certain behavioral patterns, and the cognitive model has provided us with an answer to the question: why do we process information the way we do and why does our way of thinking make us suffer?

“I am convinced that an important stage of human thought will have been reached when the physiological and the psychological, the objective and the subjective, are actually united…”

All of these movements in psychology, along with other less well-known but just as important ones (existential psychology, Gestalt therapy, the systemic model, etc.), have given us incredibly useful tools for creating a successful therapy.

The sum of psychology and the potential of the patient

There are many concrete problems that must be solved by a particular kind of therapy, like problems with sleep, specific phobias, panic disorder, etc. However, most people go to therapy looking for something less specific, like feeling better, decreasing distress and bitterness, finding an existential perspective that would give them a more satisfactory life, etc.

“The only people who feel guilty are the ones who give up on their desires.”

To do this, we have to integrate many different tools from all of the classical movements in psychology, but also emphasize the aspects that take center stage in therapy these days: values, experiential avoidance, one’s relationship with their thoughts and feelings. We should also reconceptualize human suffering, and learn from some Eastern philosophies.

Feeling good is much better than not feeling bad

Feeling good is not a demand or an imposition. Understanding that you can go on without feeling everything so much is the first step towards moving forward and creating positive feelings with each step. New psychological therapies seek to connect the patient with their emotions and thoughts to change their role in life.

If we consider our thoughts and feelings as outside observers, we’ll realize that they all fulfill an important function, rather than wanting to run away the second they appear. They’re a part of our nature; we feel good when we live in the present fully, without getting upset over wanting something different.

“Education is what survives when you’ve forgotten what you’ve learned.”

When this happens, we feel like everything fits, and we don’t struggle against life anymore. Rather, we flow with life when the things we do align with our values and priorities. The new psychology attempts to change the focus, to pay more attention to people, and to identify and utilize their strengths so that they can overcome their difficulties.

5 Touching Films That Remind Us of the Values that Matter

Link copied!
Interesting Articles
Psychology
How to Get a Relationship Back that Shouldn't Have Ended

Sometimes you feel like a relationship ended before it was supposed to. Something inside you is shouting that there's still something…

One day at work, a coworker or your boss laughs about you in public. Or he sends you a list…

Psychology
The Illusion of Truth: Believing Something is True When it's Not

The illusion of truth is a mechanism by which one comes to believe something is true when it's not. In…