Change It if You Can. If Not, Go with the Flow 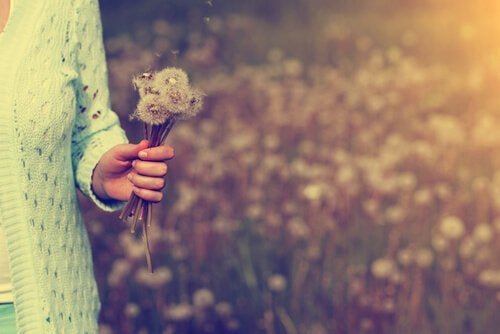 In Chinese, the term Wu Wei describes an aspect of the Tao philosophy that refers to the fact that the most appropriate way to behave is not to force. Keep in mind that not forcing is not the same as doing nothing. Wu Wei also means “effortlessly” and “growth, how the river flows.”

It derives from the idea that plants grow through Wu Wei. They don’t make an effort to grow. They simply do. Therefore, it’s about doing things naturally, without forcing them and skewing their harmony. In other words: Change it if you can. If not, go with the flow.

Often times we want things to happen one way or another, or we force situations instead of letting everything go with the flow, following its own rhythm. We don’t let life happen without offering some kind of resistance. We don’t allow ourselves to grow effortlessly. It’s human to try to oppose something if it makes you uncomfortable or you dislike it. However, the wisdom derived from your experiences should guide you towards this state of “flowing.”

“Conflict, in any of its forms, indicates resistance. In a fast-paced river, there is no resistance. It flows, going around great rocks and through towns and cities. Man controls it for his own purposes. After all, doesn’t freedom imply the absence of the resistance that human thought has built around itself?”
-Krishnamurti-

Happiness as a state in which you flow along

“Flow” is a mental state in which a person is completely immersed in the activity they are performing. It is characterized by the fact that all of the energy is focused on the task at hand. The concept of “flow” was proposed by the psychologist Mihaly Csikszentmihalyi in the year 1975. Since then, it has been developed in various different fields of thought.

Mihaly Csikszentmihalyi is the director of the Quality of Life Research Center in Claremont Graduate University in California. He investigates the foundation and applications of the positive aspects of thought, such as optimism, creativity, intrinsic motivation and responsibility. His theories have been so successful, that they have been used by many world leaders. His book, “Flow: The Psychology Of Optimal Experience,” has become a successful bestseller.

“Acceptance. It’s not resignation, but nothing makes you lose more energy than resisting and fighting against a situation that you can’t change.”
-Dalai Lama-

According to Csikszentmihalyi, the components of a “flowing experience” are the following:

Change it or go with the flow

People go through complicated situations throughout their lives, that they often times cannot change. But they can modify the way they confront these situations. It’s all about seeing difficulties as an opportunity for learning and personal growth. Believe that everything happens for a reason, to teach us an important lesson.

Each person reacts to the same situation in a different unique way, and it’s important that we seek help in other people when we feel disoriented. Others can serve as a reference for us. It’s not about playing the victim. It’s about looking for help if it’s necessary, talking to other people, and freeing yourself of everything that’s worrying you. Since there are aspects you won’t be able to change, go with the flow. Let things take their own course, and don’t offer resistance.

“There is no past or future, everything flows in an eternal present.”
-James Joyce-

On many occasions we undermine our self-esteem without realizing it. But there are simple habits you can practice to avoid destroying…

Psychology
The Attractiveness of What's Forbidden

There they are...an apple and a piece of chocolate cake. And although you've promised yourself not to eat anything outside…

Psychology
I Can't Do it All, I'm Tired of Being Tired