Narcissistic Friends don't Care About You

Narcissistic friends always have an excuse for everything, especially for not being there when you need them. They want you to participate in their problems but are rarely interested in knowing how you're doing. These people are dependent and selfish and are often hard to get rid of. 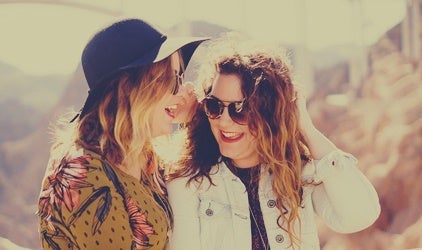 Narcissistic friends are those who spend hours telling you about their problems and experiences without ever asking how your day went. They’re often late because the most amazing things happen to them just when you need them. These people are essentially figures that sooner or later make you wonder if they’re worth keeping so close.

So how did you even build a friendship with these kinds of people? This might be the first question that pops into your mind. Here’s one simple point to note, though. To many (and when seen from an outsider’s perspective) it may seem simple to “just get rid of your narcissistic friend”.

However, things aren’t always that simple when it comes to human relationships. Firstly, because there’s a bond of affection. Sometimes, people maintain bonds out of habit and they keep them for several decades. This is because they’ve known each other for many years and have many experiences in common. Other times, you may not be fully aware that this person is narcissistic until the damage is significant, just when the bond is quite deep.

There’s also another side to it. As psychologists Dufner, M., Rauthmann, J.F., Czarna, A.Z., and Denissen, J. (2013) explain in an interesting study, narcissists often possess a highly attractive personality. They know just how to connect. Also, they’re enthusiastic and transmit positive energy at first. Mainly when they seek to connect with someone.

Thus, it’s easy to start these kinds of friendships because they first lure you and then trap you, and later, when you’re already fully aware of their damaging effects, you’re confused about what to do.

This article isn’t going to use the term “toxic”. This popular word used in a metaphorical sense lacks a clinical entity. In this case, when referring to a narcissistic personality, one must delve into much more complex, profound, and unique aspects worth understanding.

For starters, narcissism falls within a spectrum. Some people have mild narcissistic traits and others already have a narcissistic personality disorder diagnosis. Studies, such as the one conducted by Dr. Elizabeth L. Kacel, from the University of Florida, indicate that the origin of this behavior often depends on three dimensions: genetics, neurobiology, and environmental factors.

Thus, one thing that usually explains a large part of the behaviors in narcissistic people is the effect of an unfavorable family environment. Narcissistic people seek the validation they didn’t have in their childhood. They crave the recognition they didn’t have in their pasts and tend to repeat the same kind of abusive behaviors their parents most likely used with them.

Understanding this can explain many things. However, it’s also essential to recognize what patterns and behaviors characterize narcissistic friendships.

Their entire conversation usually revolves around themselves. It doesn’t matter if the dialogue started with something casual, if it was something that happened to you, or if it was on the news. The narcissistic friend will always direct the conversation towards them.

Unexpected things always happen to them

If they’re late, it’s because they had a mishap. If they couldn’t be with you when you needed them, it’s because something unexpected and almost always serious happened to them, something that far exceeds what might be happening to you. You can’t trust these kinds of people because they won’t be there for you, they’re always caught by something unexpected and unusual. Through this, they always achieve what they most desire, to be the center of attention.

They minimize your problems and magnify theirs

They shift all of the attention back to them by following this strategy. Also, they mainly do it to boycott you and, with it, recover the protagonist role.

Narcissistic friends have low self-esteem in general. Something like this implies they’ll be rather destructive in the long run. They’ll always prefer to keep you at their level or below it. In other words, they’ll be more into you when you’re unhappy. When your ability to achieve anything is minimal and you’re insecure and become a permanent tenant of your comfort zone.

However, when you become successful and reach goals and feel happy, they’ll begin to minimize every single of your achievements again. Furthermore, they’ll do it for a simple reason: envy. This is because they’re unable to control this overly harmful and dangerous emotion. In fact, they can damage you a lot if you don’t keep them at bay.

What to do with your narcissistic friends?

These types of people aren’t good traveling companions to your life adventure. They keep you from doing things and cloud your landscape. Thus, they don’t let you see and they might even take you down the wrong path. Therefore, one could say the best thing to do will be undoubtedly to leave them at the “nearest station” and travel lighter, freer, and in better health.

However, as we mentioned at the beginning, narcissists fall within a spectrum. Some of them do deserve a second chance. Hence, it’s essential for them to understand the effect (and consequences) of their actions and behaviors. Similarly, some of them won’t respond to your complaints and suggestions.

In those cases where there’s no will to change followed by a clear refusal to seek professional help, the most reasonable thing will be to take more drastic measures in accordance with the most important thing to you. Maintaining your integrity and well-being, that is.

Collective Narcissism: A Virus That Is Spreading
Collective narcissim infects and spreads easily. And this need for one's group to be praised, to the detriment of others, is a dynamic that has taken place in all time periods. Read more »
Link copied!
Interesting Articles
Friendships
Good Conversations Make Us Happy

The development of new technologies has made it possible to create new ways to communicate and relate to others. Thanks…

You must learn to choose your friends because friendship is one of the most important interpersonal relationships that exist. Furthermore,…

The countless studies on the health benefits of physical contact basically came to the same conclusion. They found that touching…