Making Excuses Is a Habit in Many People

A person who's an expert in the art of making excuses uses them as a defense mechanism. Using pretexts and even outrageous justifications for every mistake or incompetence is a way of disguising one's insecurities and protecting one's ego. 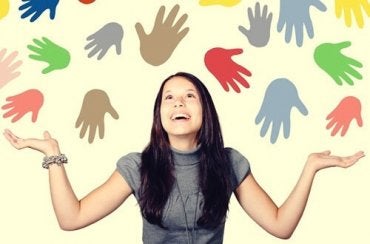 Some people seem to be experts at making excuses. They justify every mistake, unfulfilled task, failure, drawback, or unfulfilled promise. It costs them nothing to resort to pretexts that, in addition to being childish, clearly demonstrate irresponsibility in their own lives.

French writer Stendhal said they’re a form of auto-accusation. There’s a lot of truth in this. This is because this behavior is, above all, a type of self-deception to safeguard one’s own self-esteem. Either that or deeper realities that a person doesn’t want to assume such as indecision, insecurity, immaturity, and even fear.

Everyone knows or is close to someone who makes excuses in almost every circumstance. It’s a subtle but striking art where the goal is to avoid any type of responsibility. This can lead to serious problems at work or at a familial or personal level.

Understanding what’s behind this will help you. Not only will you be able to handle those who make excuses a little better but also promote adequate strategies to help make them aware of the effects of their behavior.

“An excuse is worse and more terrible than a lie, for an excuse is a lie guarded.”

Making excuses – the art of lying and procrastination

The habit of making excuses begins in childhood. In elementary school, you can find several children capable of giving the most amazing excuses to justify why they didn’t do their homework. They’re also agile and witty at home when someone points out that they’re neglecting their tasks and avoiding responsibilities. Thus, nobody confronts them, which is why excuses become their way to survive.

Almost without realizing it, they become skillful liars and master procrastinators who postpone what they should’ve done already. In their little universe, there’s a justification for everything. Thus, when others don’t understand them, they don’t hesitate to resort to anger and say things such as “You don’t trust me” or “You never believe me”.

Now, you must understand one of the characteristics of those who are experts in the art of making excuses: they’re not happy people. In fact, they’re far from feeling good about themselves. Anyone who uses excuses does so because they feel threatened when someone questions their competence and when their mistakes, carelessness, and erratic behaviors come to light. Excuses are a defense mechanism that covers up their weaknesses and inconsistencies.

Excuses place the brain in a state of fear. Thus, those who use them for almost every circumstance limit their growth. Also, they limit the control they have over their lives and their own human potential. This is because the habit of making excuses is like a virus that makes a person sick and impairs their growth. Thus, they can’t progress.

“I couldn’t finish the report because my computer was infected with a virus”, “I didn’t go to the job interview because the train never arrived”, or “I know I told you we would go on the trip but I have to help my parents”. Behind these and other equally false excuses, there’s nothing more than a lack of honesty. It’s the fear of facing certain realities that they should face for their own well-being, dignity, and happiness.

The reasons that lie behind making excuses

People make excuses because it’s the easiest way to get out of a compromising situation. It’s always better to blame a car breakdown or sudden illness when they forget an important appointment.

However, the dimensions that specifically trace this behavior are:

How to help people break this bad habit

As you’ve seen, the root of this problem is usually fear or insecurity. A person uses them to safeguard their ego or their comfortable position in lieu of staying in their comfort zone. Sometimes, an excuse is nothing more than a lie. It’s merely a strategy they use to hide certain realities.

Yes, everyone lies, but you must keep certain keys in mind. Reflecting on the following can be helpful.

How to deal with excuses

In conclusion, everyone makes excuses at some point. Thus, you should remember to be patient with those who overuse them but are trying to eradicate this bad habit.

What Are Your Excuses for Not Changing?
What excuses have you created for yourself today? You might think you are too old to start studying Chinese or that the things you want can wait for later. Read more »
Link copied! Next
Interesting Articles
Personality Psychology
Aggressive Competitive People