Beliefs That Prevent Us From Achieving the Life We Want 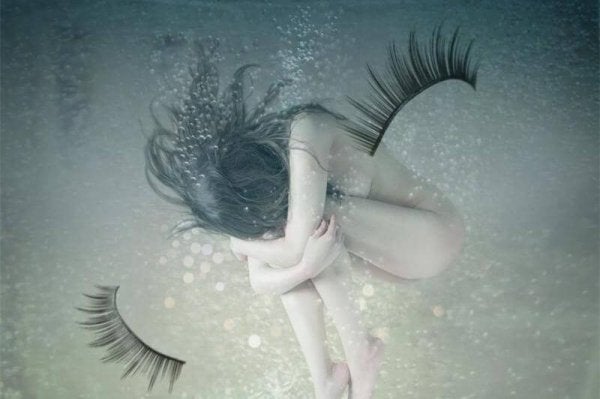 There are many self-help books oriented towards giving us guidelines for learning how to live fully and joyfully. Many of us have sought within these books the answers to the blocks we feel when we want to achieve certain goals. These books talk about the conditioning of unconscious beliefs which were learned during childhood.

A belief is an idea about ourselves or the world we live in which we have given the power of absolute truth. And, as such, it acts as a filter through which we perceive the world. These are the glasses we use in order to see. We respond to our life’s experiences from this perception. Thus, we will obtain results according to this way of seeing things. And this will make us confirm that the world is just the way we think it is.

“Beliefs are in part involuntary. A man can’t be considered better or worse due to his beliefs.”
-Percy Bysshe Shelley-

How do we form our beliefs?

We have beliefs and philosophies about life that, although we made them up ourselves, we believe dogmatically. In order to achieve our goals in life, we have to learn to form and maintain rational beliefs. Furthermore, we must deal with the irrational ones.

Irrational thought patterns are characterized for being false, dysfunctional and automatic. They are expressed in terms of obligation, need or demands (I have to, must, am forced to). If they aren’t accomplished, inappropriate negative emotions are produced (depression, guilt, rage, anxiety, fear). These interfere with the accomplishment of your goals. Also, they generate behavioral alterations such as isolation, avoidance or escape behavior, toxic substance abuse, etc.

On the contrary, rational beliefs are preferential or relative. They are expressed in terms of desires and liking (I would like, I would prefer). When people don’t get what they want, the negative feelings of displeasure that are produced don’t prevent the accomplishment of new objectives and purposes.

The events themselves don’t cause problems. Instead, these are caused by the underlying beliefs which your interpretations are based on. Rational and adapted beliefs get us closer to an adapted and flexible life in accordance to our desires.

The sinking of a belief creates a new dimension of the individual.

Which beliefs prevent us from living the life we want?

Irrational thoughts keep us away from the life we want to have. Cognitive psychology, or more specifically Elli’s Rational Emotive Behavior Therapy, is based on the central theory that the things that occur aren’t what produces the disturbances. Instead, problems are generated by the interpretation that people have of them.

Among the most common absolute beliefs, which keep us away from the life we desire, we can find the following:

“If you think you don’t owe me anything, you don’t. Because I respect every belief and because every single one is equal. They are all beliefs.”
-Antonio Porchia-

Everybody goes through painful moments and unexpected negative situations that they need to overcome. However, these experiences can lead some…

Psychology
Inside Every Happy Person Is a Fighter

Inside every happy woman, there's a fighter. Inside every man who smiles at life, there is a constant fight against life's…

Each one of us as individuals can change. We can make an effort to improve the parts of ourselves that…