How Much You Lose Due to Fear 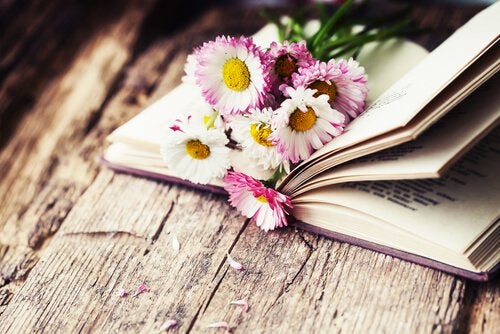 Sometimes, fear invades us and plunges us into the atmosphere. And so, trapped by it, everything around us seems different, cloudy. As if we were wearing foggy glasses and our vision was blurred.

These are the stains of fear, of assumptions, of our “what ifs” and “maybes,” what we should have done, putting obstacles in our path.

How many times has it kept us from moving forward? How much have we lost due to the fear of loss?

And sometimes, the rag that we use to wipe these stains actually makes them dirtier rather than cleaning them. The solution, strategy, or alternative that we’ve chosen actually appeases the fear, feeding it and making it stronger.

It’s like when you tell someone who’s angry to calm down and they actually get angrier, or when we tell ourselves to not think about something that we’re preoccupied with and it starts to preoccupy us more.

The spots that blur our vision blind us to the things that happen to us, and we walk through the fog, stumbling in between confusion and uncertainty.

Fear needs to be felt so that we can know what it’s telling us, just without the extremes.

And sometimes, it’s the fear of fear itself that traps us, and we’re left with the stains of expectations and assumptions; we imagine an uncertain future that is scary and real for us in those moments. This is when we start to lose things, people, or experiences because we’re afraid of losing them.

Never stop doing anything for fear of loss. Not for anything, not for anyone…not even for yourself.

The greatest danger is found when you stop trying for fear of losing.

Keep in mind that fear arises in the unknown, in the belief that we can’t control something, someone else, or ourselves.

Fear makes us lose, and loss makes us fear. Fear is a sign that something is happening within us, but it should not break us.

Fear is a projection of the future, the power of our imagination in motion, anticipating situations and experiences, probably because something didn’t happen the way we expected it to. The fear of loss is located in a future that doesn’t exist, and it takes strength away from our minds, making achieving our dreams impossible, and causing us to lose infinite possibilities.

The fear of loss brings a life full of loss. We lose ourselves, for this only occurs in the present, and the future remains a mystery. Living in fear is not letting yourself live, disconnecting yourself from the here and now.

I won’t promise that you won’t have loss in your life, that’s impossible, but you’ll learn to live in spite of loss, to fight for what you want, and most importantly, to not betray yourself.

Otherwise, how much are you prepared to keep losing?

We tend to analyze relationships, but what happens when we're single? Being single also defines us. It says something about…

Wellness
24 Quotes Reminding Us to Be Emotionally Independent

We all must develop self-love in order to prevent our happiness from depending on others. The only love that can prevail…

A child is capable of expecting a gift day after day and year after year. The little one never loses hope when he really wants something. However, as the child grows…