How We Find Strength In Hard Times 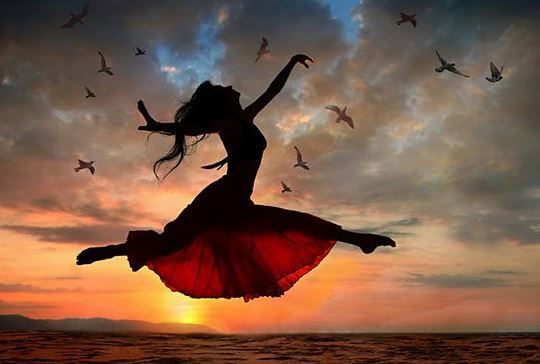 We have all had times when we have felt like the weight of the world was on our shoulders and it was terribly heavy.

Surely we’ve observed the same phenomenon in others. We have seen it in their faces, in their gestures, in their hands, in their pride, in a halo of suffering emanating from their soul.

We have also seen people who have fallen and did not allow themselves to be defeated, as well as those who, by contrast, have made excuses in the face of difficulty.

“The most beautiful people I have met are those who have known defeat, known suffering, known struggle, known loss, and have found their way out of the depths. These persons have an appreciation, a sensitivity and an understanding of life that fills them with compassion, humility and a deep loving concern. Beautiful people do not come out of nowhere. “

There are people who find strength within and triumphantly bring to light the illuminated smile of an expert player; a player who knows to save the best card for last, which will put the odds in in his favor. Even though a few minutes prior it seems they are going to lose, they make it.

It’s not that these people are not particularly strong, nor are they ones to guard their feelings or hide their pain. These people simply have a sincere dedication to find the best in life.

In difficult moments, these people feel, like you and I, that the easiest thing is to just close your eyes and let ourselves fall. They want to give up with the hope that at the end of the tunnel there is a waterbed where they can rest  until their strength comes back. But they don’t.

Finding this fulcrum is, for many, a difficult task. Imagine a single mother with two children who has just become unemployed and cannot find work.

Surely, at first, she’ll gladly look for work with an illusion that has not yet been eroded by the passage of time. However, if she doesn’t find anything, this illusion will end and she’ll wonder: Why do I keep fighting every day if I go back to bed with the same result as I had when I got up?

Probably, at that point the image of her children will appear in her mind. That love that surpasses the mental limits of those who, otherwise, would have succumbed to them. She will feel that there is no other way, no other path and that she’ll never give up when the most valuable things she has in the world are depending on her.

Interestingly, in these situations a strange way of thinking called “the gambler’s fallacy” emerges. What exactly is this false belief?

The person acting under the influence of this type of reasoning thinks, like a card player, that the fact that they have already experienced many situations of continuous misfortune makes it more likely that the next time luck will be on their side. It is precisely probability estimate that maintains hope and sustains the fight.

At other times we find strength in the sacrifices we’ve made. This happens during those moments when we think everything we’ve invested to get to this point and everything we’ve built becomes precisely the reason that does not allow us to leave. In such cases we assume that long ago that we decided to not give ourselves another option, no matter how bad things got or how dangerous the path was.

In this sense, we already evaluated at the time the risk of the path we chose and that’s when we decided to accept it as the fate of our principles, whether it was our greatest victory or our most disastrous failures.

One way or another, these invisible, heartbreaking and sincere means of support are what protect hearts attacked by the cold, even when it seems to be penetrating down to the bone.

Link copied!
Interesting Articles
Wellness
Have You Reached the Comfort Zone with Your Partner?

At the beginning of a relationship both sides strive to present the best version of themselves, so much so that…

They say that doing the right thing means forgetting about yourself and sacrificing for others, but this isn't always true. It's possible to do the…

Wellness
11 Strategies to Help You Through Life's Tough Moments

How many times have you felt depressed because things were not going the way you had hoped, because lately it…

Personal Development
Knowing your Why is the Key to Persistence

Whoever you are, there are times when things don't go as expected, where everything's against you, and you will fail.…

Wellness
Sadness is Not the End of the World

How often have you felt like the sadness you feel is the end of the world? Remember those moments in which…