Mid-life Crisis? Not at all, it's an Awakening! 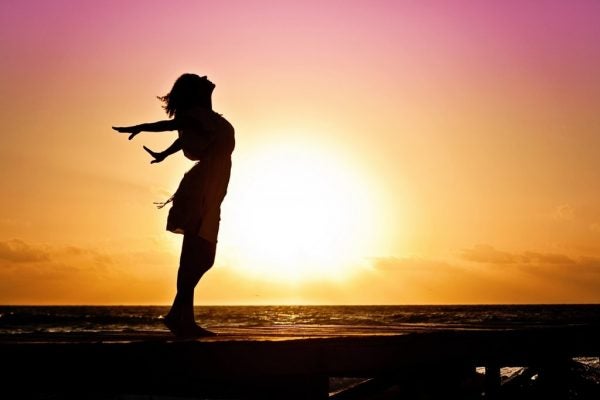 Somehow we still believe that everyone has to go through the so-called mid-life crisis. Yet, for many of those who reach those milestone ages of 40 or 50, what they actually experience is an awakening. It’s a chance to put aside old beliefs, stereotypes, and ways of doing things. It’s a time to re-invent oneself and to plot a new and better road for the future.

If there’s a word that people tend to totally overuse these says, it’s the word “crisis”. There are social crises, economic crises, cultural crises, not to mention all our personal crises. Rather than being something that happens for a specific reason, or just occasionally throughout our lives, we are almost led to believe that human beings live in a permanent state of changes, crises, and ups and downs.

“Don’t be afraid of slow changes, you should only fear staying still, remaining motionless.”

If we stop and analyze this term for a moment then we’ll realize something. Clinically speaking, a crisis involves a temporary stage of disorganization. It means that a person feels unable to handle certain things with the methods or resources that he has had up until that moment. There’s also the threat of an impending trauma. This trauma often has to do with their own expectations being threatened or collapsing.

If we apply this definition to the so-called mid-life crisis, then we’ll realize that many of these points aren’t fully met. Or at least not in the new generations of men, and especially women, who have reached this milestone in their lives. These new generations are already challenging the traditional ideas associated with this time of their lives. Those ideas that emphasized crisis and difficulty. Instead, what we have now is what many define as “an awakening”. People want to achieve something better. There’s a positive re-invention in which they’re strengthened and experience personal growth.

In psychology, we understand that each stage of human existence involves a series of challenges and difficulties. The so-called development crises, or transitions, occur at certain times between childhood and old age where there are often various disturbances that jeopardize our identity, expectations, and sense of control. The person is obliged, whether they like it or not, to leave behind certain ideas and accept new realities.

We have always assumed that there are certain crises that are “predictable”, and an example of this is adolescence. These days, however, the so-called mid-life crisis is undergoing changes that demand its redefinition. Until not too long ago, passing from the “summer” of our lives into “autumn” implied only one thing: accepting that our youth is now behind us, and changes are on their way. Changes that include aging, menopause, losing our parents, and the kids leaving the nest.

Nowadays, however, we’re starting to see it quite differently. The winds have changed direction, and new ideas are arriving.

Maturity isn’t synonymous with losses, but rather gains

There are now many voices demanding that the term mid-life crisis be changed to something like “a search for identity at the mid-point of our lives“. There’s a transition and there’s no doubt about that. However, rather than “something” being lost, what happens is a personal search. There’s an eagerness to leave behind one part of our lives in order to enter a new stage. A stage with better resources, more freedom, and a clearer identity.

It’s a time of our lives when we realize the following:

A time of expansion

Social networks are a reflection of our modern day reality. To understand the essence of this change in the so-called mid-life crisis, we just need to look for the hashtag #FaB (“fifty and beyond”). There we’ll find a generational movement full of vitality. This is because mature age isn’t old age. It isn’t loss; it’s gain and, above all, growth.

People in their fifties today are very active, both intellectually and professionally. They are those human resources that offer excellence to companies and quality to any organization or project. Because they have a greater critical sense, they also know how to solve problems better. They have a lifetime of experience, and yet they know how to learn and keep up-to-date, often applying lateral thinking.

Likewise, we can’t ignore the unstoppable and very encouraging social change that women are experiencing. We’re seeing them attaining positions of power and carrying out their own leadership projects. It’s also evident how, once they reach middle age, they’re often able to make radical changes in their lives in order to fulfill the dreams of their youth.

To conclude, the so-called mid-life crisis is no longer as critical as it used to be. Nothing is lost in middle age, but many things are gained. Old values no longer apply, and happiness isn’t exclusively related to youth. Well-being, fulfillment, and hope are no longer linked to age. One only really begins to age the day one stops making plans for the future. The day one’s purposes are blurred, and the shadows of fear and limitation loom large.

Let’s stop calling it a crisis! Let’s call it what is actually is: an awakening.

Midlife Crisis: A Time of Change
A midlife crisis is not just men going out and buying a sports car or mountain bike. Most women find themselves undergoing big hormonal changes, as well. Read more »
Link copied!
Interesting Articles
Psychology
Parents and the Obsession with Keeping Kids Safe

When you're a parent, keeping your kids safe is always a top priority. Even when they know it's impossible, a lot of…

Psychology
I Am the Garden that Grows Within Me

Psychology
The Hysterophile, a Prince Charming, but not so Princely and not so Charming

The hysterophile portrays a person, usually a man, who is deeply attracted to hysterical women. Among many other traits, these…

Psychology
Cognitive Bias: When We Don't Think, We Make Mistakes

In any given day, we make a lot of decisions. And we make most of them at the speed of light,…

Psychology
Stop Paying Attention to the Devil on Your Shoulder

There's a little negative creature that lives inside our heads, a critic that tells us what we should and shouldn't…