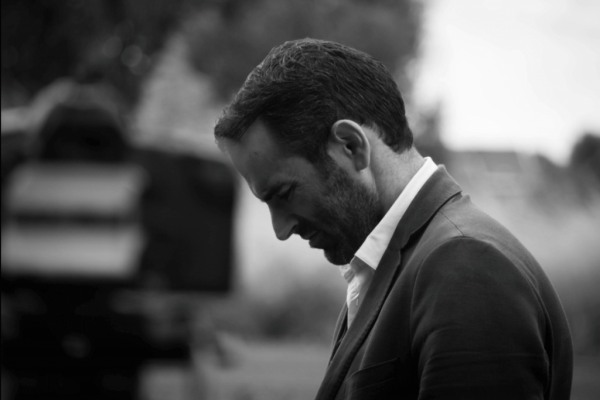 One day at work, a coworker or your boss laughs about you in public. Or he sends you a list of tasks that aren’t part of your job according to your contract. Also, if you don’t complete them, your boss scolds you or humiliates you in front of your coworkers. Without realizing it, you buckle under the pressure and accept to do the things he demands, just so he will leave you alone.

And it seems to work…for a while. Because one day, even though you do everything that he asks, he takes it a step further. And he tells you to do something even more degrading, or the mockery becomes even worse. Or he starts screaming at you. And enough is enough. You seek refuge in your superior, and they don’t offer any solution beyond simply putting up with it. But, why do you have to? Why is it that the ones who can resolve this situation don’t do anything about it? Enough!

“If there are no heroes to save you, then you have to become a hero.”
-Denpa Kyoshi-

The causes of workplace harassment

Workplace harassment takes place in a relationship between the harasser and the harassed. It takes place within a workplace and organizational environment. This can situation get better… or worse. Despite it being worrisome, there are constantly more and more cases of this type of issue. On the other hand, even though numerous factors influence its appearance, certain ones will be explained in further detail below.

The person who perpetuates the harassment tends to have certain personality traits. Usually, they are narcissistic, irascible, vengeful people. Furthermore, these people tend to have a low self-esteem and a high level of anxiety.

“People who have self-love don’t hurt other people. The more we hate ourselves, the more we want others to suffer.”
-Dan Pearce-

When your boss is abusive…

If this is the case, the harasser can exert an abusive supervision over the person suffering from the abuse. They will be mistrustful of them and decrease their work performance. But not only that, they tend to take away responsibilities or change their functions for ones which are more unpleasant. This way, the conflict will progressively worsen.

To these characteristics of the harasser, you must add a set of decisions which take place in the work environment. These will perpetuate the situation over time. In this aspect, if a high level of demands are dealt with at work, but there are low levels of resources, there is a higher chance of the harassment taking place. Plus, the traits of the superiors in charge also play an important role.

It affects the situation if the superiors are inefficient. Their type of leadership also plays a role. If it’s passive and despotic, if decisions are made arbitrarily, this type of situation is encouraged. Why? Because these are the traits of the type of supervisor who tends to adopt a permissive position in regards to aggression and harassment in the workplace.

The fact that the organization allows workplace harassment is highly worrisome. This lack of respect not only harms the worker who suffers it directly, it also implies costs for the same company and for society in general. Therefore, it’s paradoxical that the supervisors who can put an end to this situation don’t do so out of passiveness. Since the situations usually extend even further, and by then it’s much more complicated.

Workplace harassment will have a set of repercussions for the victim. First of all, it will affect their psychological health. Symptoms of anxiety and depression may appear, as well as feelings of rage and emotional exhaustion. But it also produces fatigue and physical ailments, aside from sleeping problems.

In addition to the harms of the worker, workplace harassment will also have negative consequences for the organization. Given the suffering of the victim, this person tends to ask for a dismissal. The workers who don’t do so worsen the overall workplace performance. Because their levels of satisfaction and commitment to the company lower, increasing their intention to leave that company.

On the other hand, it can affect the workers who witness the situation. The witnesses of workplace harassment may develop stress, emotional exhaustion and a negative attitude towards the workplace. These conflicting experiences may also have repercussions in other areas of their lives, such as their family.

How to prevent workplace harassment

Given the high costs of workplace harassment, both in regards to health care and economically, it’s necessary to confront and put a stop to it. Concretely, organizations should leave aside passive and permissive attitudes in these situations. How? By encouraging a positive attitude and eliminating situational factors that might influence the situation. This includes work overload, a lack of adequate leadership or perceived injustice.

In this sense, it’s good to encourage the team leaders to be fair and show solidarity, boosting the use of emotional intelligence. This way, they will know how to take action if someone reports a case of harassment. Thus, it’s good for them to know how to manage the protocol that cuts the situation off at the root. Unfortunately, many companies don’t have a protocol of such nature. Many workers in leadership positions make hesitant decisions, which hold little thought behind them, in this type of situation.

“Never withstand abuse in silence. Never allow yourself to be a victim. Don’t allow anyone to define your life. Define yourself.”
-Tim Fields-

Passiveness is the ally of abusive

Within the company, clear policies should be established in this regard. Ambiguity should be left aside and clear protocols should be established to report and address cases of workplace harassment. It’s good for there to be specialists in mediation within the company. Plus, it’s good for the worker to receive courses on emotional regulation and stress management. This way, they will acquire the tools necessary to manage the various conflictive situations that may arise.

Workplace harassment is a real problem. One that is much more common than the statistics reflect. Because if it’s characterized by anything, it’s by the fact that in many cases it is silenced. No company likes to be involved in a scandal of this manner. Many companies consider, although they may not say so explicitly, that this is a personal matter that should be dealt with internally. Thus, it is a problem that many companies try to cover up and keep invisible to the public eye.

Given the high psychological, physical and economic costs, not just for the victim but for the organization and society in general, it’s necessary to develop policies to deal with the issue. Specially from within the company itself.

You cannot have a permissive attitude about this. It’s extremely important for the victim to feel like they can do something to remedy it and for the organization to aid them with it. This is in order to avoid feelings of defenselessness and for the problem of workplace harassment to worsen over time.
Link copied!
Interesting Articles
Psychology
How to Stop Obsessive Thoughts

Psychology
Quotes to Help You Continue When Depression Strikes

Depression is a complicated issue. Many people live with it for years without showing any signs. Others are more open…

Psychology
What is Platonic Love?

Platonic love is a really common expression in everyday slang. When we use it, we're usually talking about a kind of non-sexual, non-romantic love between two friends. Even though it's called "platonic,"…