Memory and Trauma: What's the Link?

In this article, we're going to talk about the link between memory and trauma and the ways that an intense emotional disruption can impact your mind. Through the lens of post-traumatic stress disorder (PTSD), we'll explain the difference between traumatic memories and regular ones. 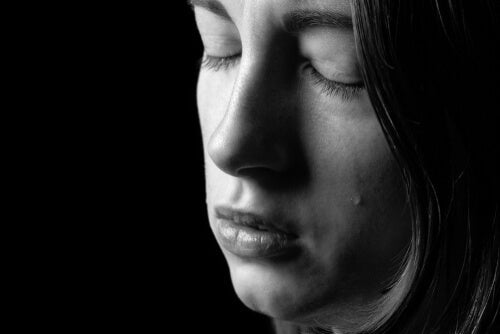 There have been many studies aimed at figuring out what trauma or intense emotional experiences can do to the way a person classifies, stores, and retrieves memories. Is there a link between memory and trauma? Can traumatic memories leave a bigger mark on you than regular ones?

People have based these positions on lab studies. The truth is that it’s hard to reproduce trauma in a controlled, safe environment. The best means we have of studying this is by analyzing people with post-traumatic stress disorder (PTSD). The idea is that their experience is a good place to start studying the link between memory and trauma.

Some statistics about PTSD and its link to memory and trauma

The basic definition of PTSD is that it’s an irregular response people have to a traumatic, devastating, or painful experience. Referring to it as “not normal” is a mistake, though. In the end, these are reactions from normal people to things that have never happened to them before.

An inability to confront that memory leads people to experience intrusion symptoms related to the original event.

Those symptoms include things such as recurring, anxious memories, dreams, nightmares, dissociation (such as a momentary loss of consciousness), psychological discomfort, avoidance of anything that has even the smallest relationship to that experience, and intense physiological responses.

The most common causes of PTSD are things such as natural disasters (floods, earthquakes, tsunamis, etc.), accidents, and illnesses. But there’s one thing that gives people a 70-80% chance of developing it: human atrocities. That includes everything from assault, terrorism, sexual abuse, rape, and concentration camps.

One of the diagnostic criteria in the DSM-V to know if someone has PTSD is the inability to remember certain relevant aspects of the traumatic event. That also goes by the name of dissociative amnesia. While it seems like the memories aren’t there at all, they are, and can actually change a person’s behavior.

For example, if a little girl doesn’t remember how someone sexually assaulted her in a bathroom, she may continue to avoid public bathrooms and even feel uncomfortable going into the bathroom in her house.

Some of the biggest, most limiting symptoms of PTSD include things such as avoidance, bottling up emotions, hyperactivation, re-living events, and intrusive memories.

Those last ones all involve some form of re-living a traumatic event in a person’s life. This could happen through nightmares, intrusive memories, or flashbacks.

That these things happen doesn’t mean this person doesn’t still have gaps in their memory. They still can’t remember certain parts of what happened. But certain details or scenes may flash clearly into their mind for a brief moment. The big problem with this is that these flashbacks are uncontrollable and unavoidable for them.

It’s important to understand that flashbacks aren’t a form of memory in the way that intrusive memories are. When someone has a flashback, they lose their sense of time. To them, it feels like they’re living the experience again.

This happens when there are neutral stimuli, the kind that you don’t experience as either positive or negative. These ambiguous stimuli tend to lead a person into a flashback.

For example, someone who lived through a terrorist attack may have a flashback after seeing a blue scarf around someone’s neck. It may be that the mall where the attack happened had blue walls. In other words, flashbacks are more than a painful memory, they bring with them a feeling that the traumatic experience is happening all over again.

At the same time, PTSD does have some concrete effects on a person’s memory. They may experience amnesia (an absence of memory), which involves disorganization or fragmentation of memory or total or partial forgetfulness.

But PTSD can also cause hypermnesia (an excess of memory), which involves intrusive memories, flashbacks, and nightmares. Both of these forms of memory alterations can coexist as well. It just depends on the things a person has forgotten, the things they’ve experienced, and the nature of the trauma.

What part of a person’s memory is altered by trauma?

Trauma seems to be specifically linked to a person’s autobiographical memory. Autobiographical memory is part of our explicit memory and helps us remember the things that have happened in our life and the world around us. This form of memory allows you to develop a logical understanding of the flow of life.

Is there a difference between traumatic memories and regular ones?

The answer to this question is yes. One way we’ve seen that difference is that there are some special mechanisms involved in your memory when you go through high-stress situations.

Here are some of the most important aspects of traumatic memories:

Everything seems to be the complete opposite with regular memories:

Based on everything we’ve talked about here, it seems that an intense and stressful emotional experience can immediately impact the way you classify, store, and retrieve information.

To paraphrase Pierre Janet (1904): it’s impossible to incorporate terrifying experiences into your ordinary systems of belief, assumption, and meaning. This means you’ll end up storing them differently, and they’ll be dissociated from your conscious mind and outside of your control.