Maybe I Don't Want to Answer Your WhatsApp Messages 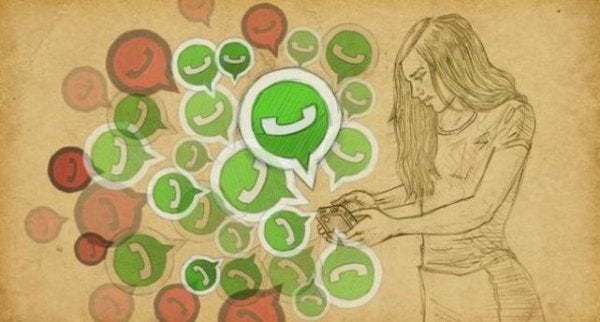 The emotional coercion we’re subjected to by messaging apps like WhatsApp is destroying the principles of good communication. It’s not uncommon to have numerous conflicts with people who demand a certain fluidity in their messaging conversations.

Nobody is obligated to respond, but we’re often pressured to do so. This turns our attempts at communication into a true odyssey.

Therefore, we should assert our technological rights and value our own desires. Obligating yourself to fulfill others’ expectations will only exhaust you, poison you, and erode your identity.

To answer or not to answer: it’s your decision

You have the right not to answer if you don’t want to, or to answer when it’s convenient for you. And you should also exercise your right to publish what you want on social networks. There are plenty of examples of people who have decided to take a break and leave the world of WhatsApp and other applications, with the goal of lightening the burden on their lives and giving themselves a little peace.

Because of this, they endure criticism and questioning from many people. Many people would have you believe that not responding is being “antisocial” or “inconsiderate,” but really you’re just exercising your rights.

We shouldn’t heed the tyranny of new technologies, or else we’re just killing our own free will.

The psychological vulnerability of WhatsApp

What we’re talking about in this article doesn’t affect all people equally. In fact, psychological vulnerability depends mainly on the personality characteristics or emotional states that define the person in that moment.

Many studies have popped up that attempt to explain the addiction to and improper use of new technologies. These studies point to personal characteristics such as:

It’s easy to understand, then, that people who are very dependent on technology, and who pressure other people through social networks because of that, possess at least one of the characteristics mentioned above. Let’s remember at this point that social pressure is learned and that the need to be in permanent contact with others favors a totally subjective perception of closeness.

It is therefore essential to consider this and remember that if someone doesn’t respond to you, that doesn’t mean that they don’t appreciate you or want to have a relationship with you. They could be sleeping, watching TV, reading a book, eating, breathing, or simply living.

Maybe they don’t feel like responding, or they don’t think it’s necessary. But you shouldn’t get anxious or jump to conclusions over that. It doesn’t mean that you’re more or less important to them. The healthiest lesson to learn from all this is that other people are free to do what they want. We can all choose whether we want to be slaves to technology or not.

We don’t have an obligation to be easily located or ready to have a conversation at any moment. Your life should be controlled by you, not social media. If you think about it and set limits assertively, you’ll feel a wonderful sense of emotional freedom.

Are We as Happy as We Seem on Social Networks?

Link copied!
Interesting Articles
Psychology
Freud on Developing a Strong Sense of Self

Psychology
7 Habits That Get You Nowhere

We often pick up habits unconsciously. You simply doing things mechanically and you no longer remember why you think in a certain way or why you always do things the…